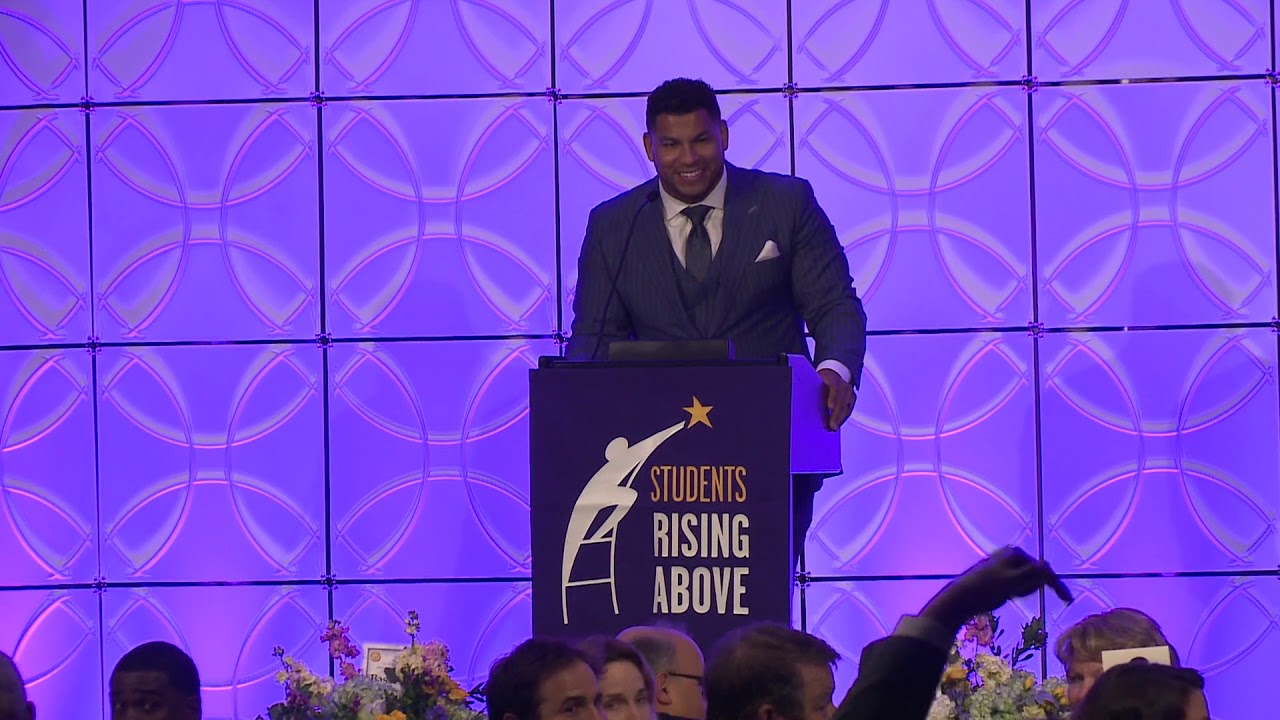 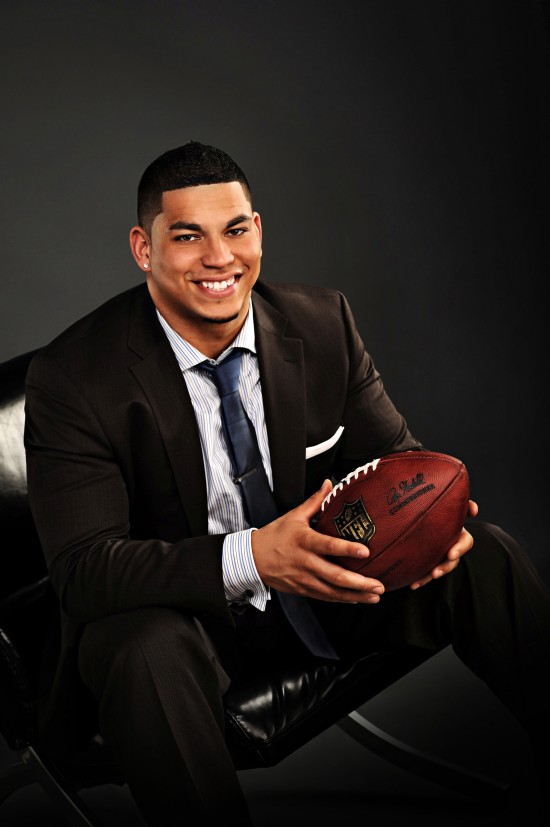 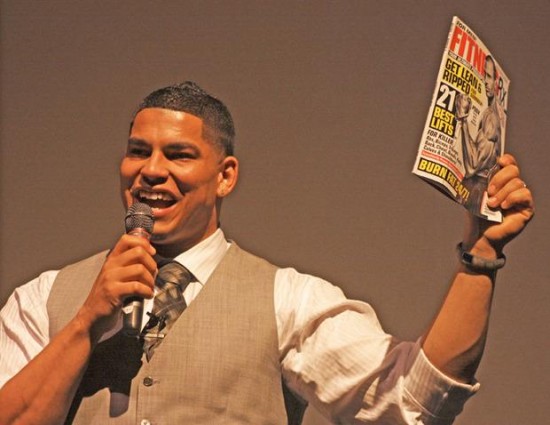 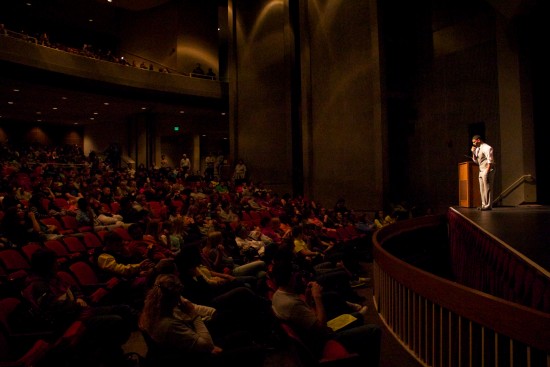 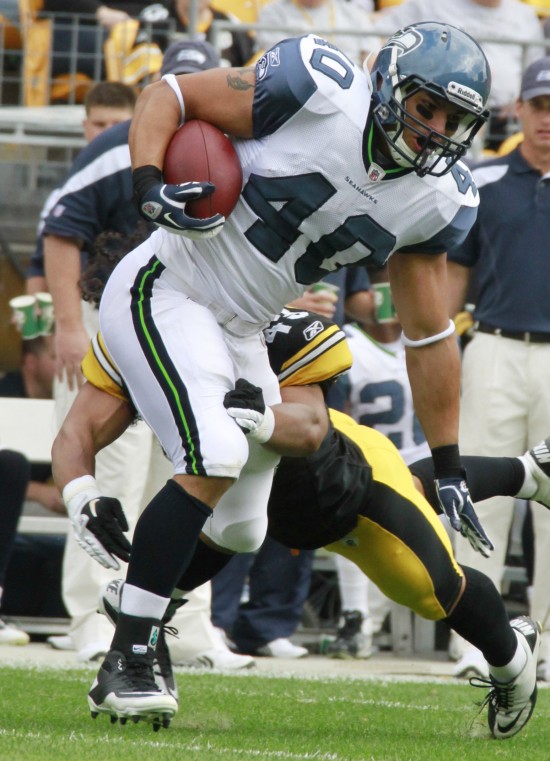 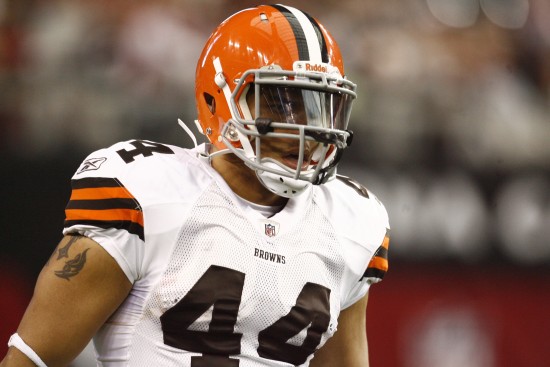 During a late season game at Arizona 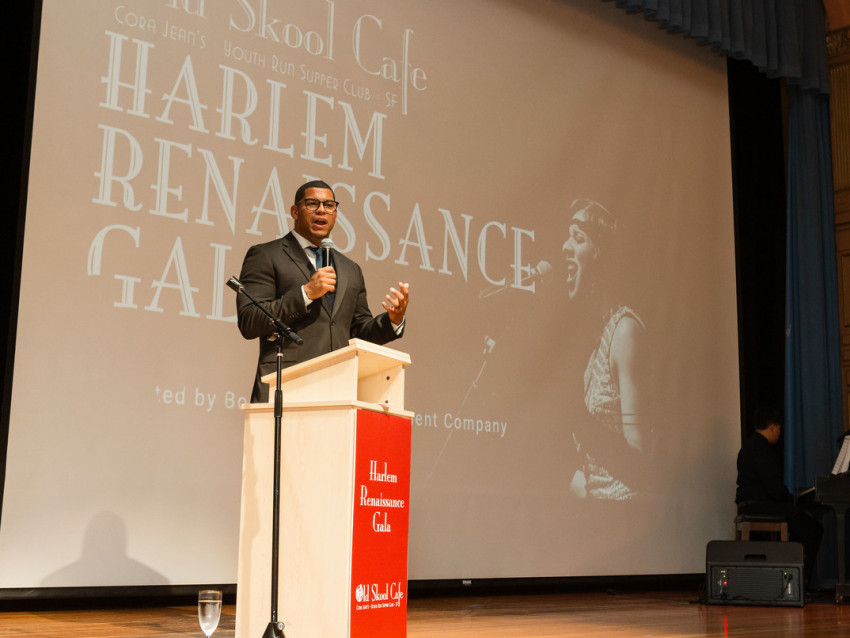 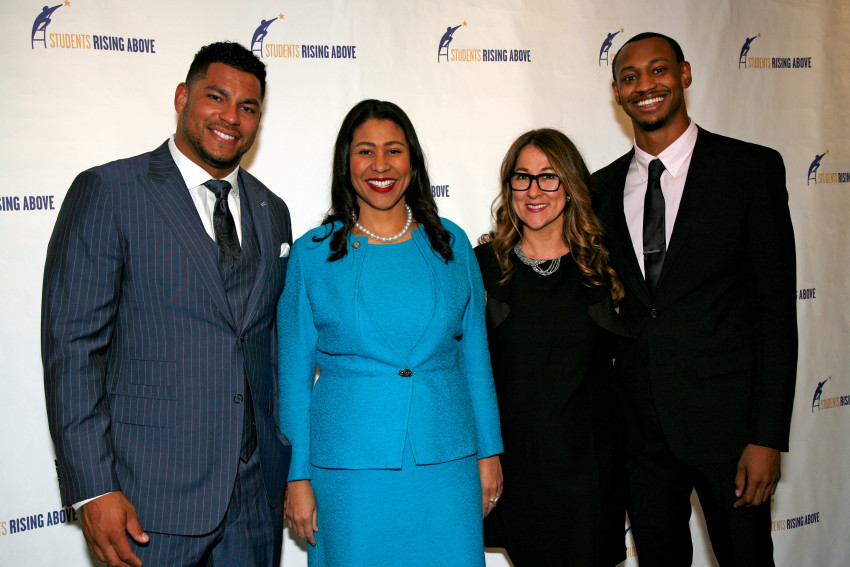 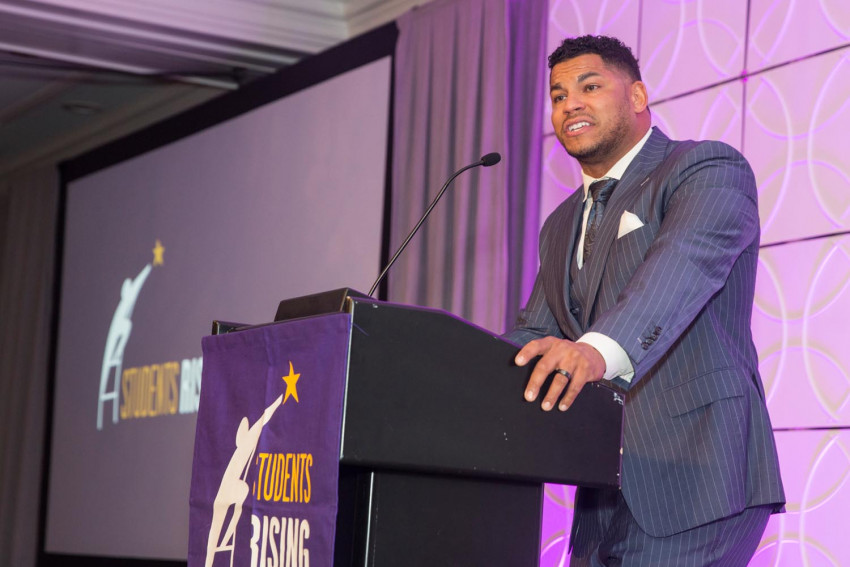 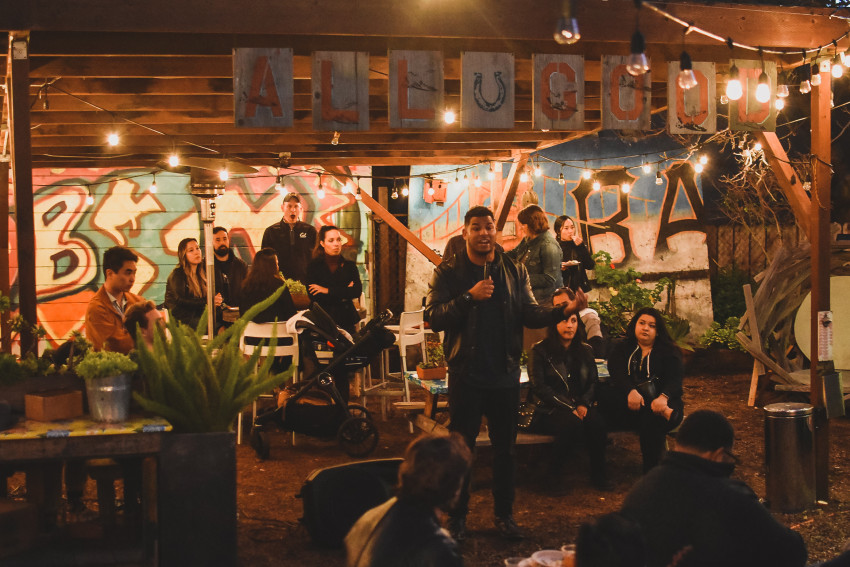 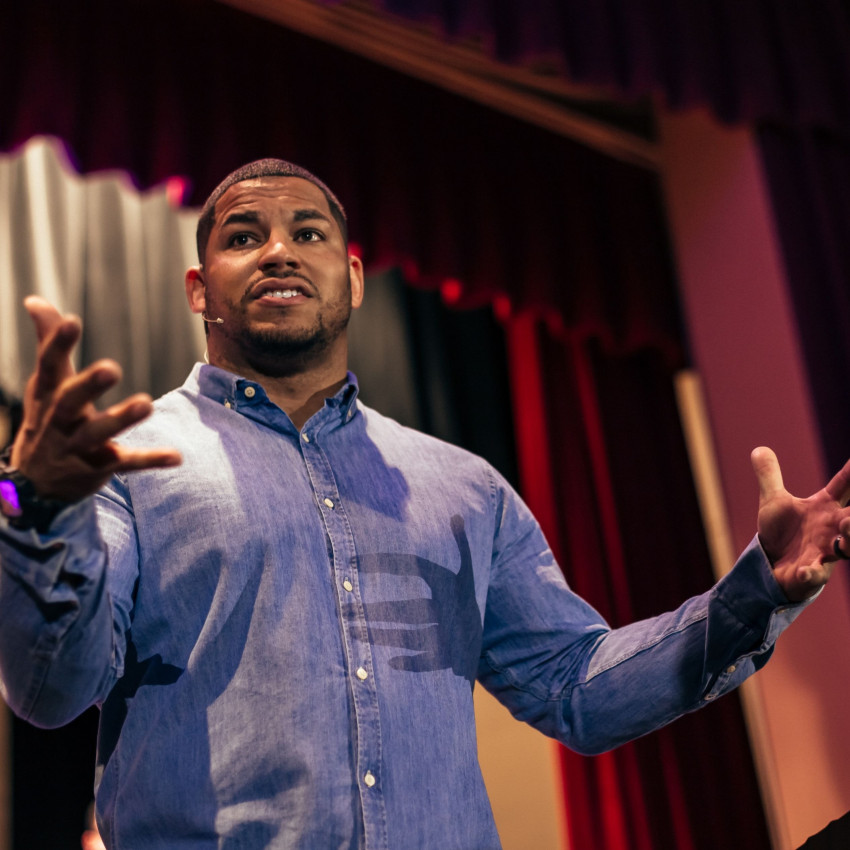 I'm a former 5-year NFL veteran and public speaker with a passion to see people become who they were created to be. I grew up in the San Francisco Bay Area in a few tough neighborhoods. Although I experienced loss and hardship, it was there I discovered the power of our stories to influence people and find transcendent purpose.

I've worked in the business world, served as a non-profit director and board member, and have been a public speaker for the past 10 years. I live in San Francisco with my wife and three children.

Eddie is awesome. He was very flexible with our technical issues and once we figured them out, he wowed us. Our Marketing team is motivated to crush it

He was selected as a busniess motivational presenter with touch points about leadership, teamwork, and health/total wellness,
Eddie has the life and football experience to tie it all together, but it was disjointed. One attendee expressed "he just read quotes out of leadership books to us." He read notes from podium too much. He had tidbits of good information but most attendees checked out of his presentation. He is a nice man and a good guy.

As an Enterprise company we see a lot of speakers come in and out, and we can honestly say Eddie was the best speaker to date. He was funny, real and I learned much more than I thought I would.

Eddie was great and read our audience to a "T".. he motivated, engaged and had fun with our sales team.

Eddie came into our leadership event and did wonderful. We contacted Eddie when our other speaker fell through at the last second and boy are we glad we did. He is powerful, intelligent and unique!

Thanks Eddie! See you next year out in Westlake!

Eddie came in to our high school to help counsel our students with faith. Many students were troubled teens with a rough past. Eddie was able to appeal to their upbringings with his past and helped the kids feel comfortable. He called them to give up their pasts and move forward. He also helped them organize their priorities in order to best help them with grades and college coming up. Overall, Eddie was an exceptional motivator with an incredible talent for Speaking and engaging people! I hope to bring him back this upcoming spring

Price Range: $5000 and up. Negotiable for schools

An audience member can expect to be challenged and confronted by anything that hampers their performance, no matter the setting the operate in. I also sprinkle in humor and am very personable so as to make the audience feel comfortable. Overall, the audience will leave with an emotional high, having been convicted of any disbelief that lurks within

Eddie is a 5 year NFL veteran with a passion to see people transformed into the best version of themselves. From 2009-2013 he played for the Seahawks and Browns where he was exposed to many different leadership philosophies, and it was there he finally began to form his own philosophy, taking the very best of everything he encountered. He earned his BA University of Idaho and holds a Master of Missional Leadership. Currently, Eddie resides in San Francisco with his wife and three children.

After a turbulent childhood living in a crime and poverty-stricken area, Eddie regained his balance and earned an athletic scholarship for football at the University of Idaho. He earned his BS in Communication studies there and was drafted in the 7th Round of the 2009 NFL draft.

Eddie has taken his speaking abilities on the road and has spoken into businesses, ministries, organizations, and schools.

Featured on ESPN Outside the Lines, Sirius XM radio and the Christian Post, and has spoken to such companies as Comcast, FBI National Academy, ESPN, Farm Bureau Financial, DECA and other businesses, schools, and law enforcement agencies across the country. 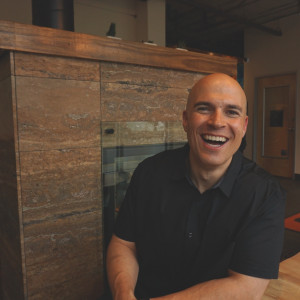 Georgette said “Joey is one of the best at motivating, inspiring, and instilling passion in his audiences. His authenticity, willingness to share life experiences, and…”