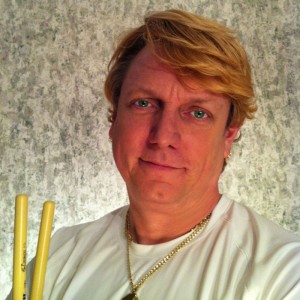 I have been playing drums since age three. Drums became an infatuation for me right from the beginning.
I've been touring since age 15. Played in numerous working bands covering bands from Boston to Beatles. I am comfortable with any style. Raised on Jazz, toured doing rock, educated in rudimental/drum corps style.

World champion snare drummer 1983. Moved to WV in 2011. Looking to get into or start a working band in the West Virginia area.

Be the first to review Drumman

I have been playing drums since age three. Drums became an infatuation for me right from the beginning.
My father, Nat Barouch Sr., (aka Nat Barry) was a professional drummer for thirty years. He was the band leader of the Nat Barry Trio. They played clubs such as the Playboy Club, The Sherry Frontinac, and The Diplomat on Miami Beach to name a few. My dad gave me the knowledge and desire to be the best drummer possible and because of that I will never quit. I have played just about every style of music, from Orchestral to Drum Corps, Jazz to Rock and Funk to Country.

I LOVE MUSIC…as long as I’m playing it, I’m happy.

I also marched in Drum & Bugle Corps for 7 years, including Florida Vanguard, Spirit of Atlanta, & the Concord California Blue Devils. In 1983 I won the World Championship Individual Snare Drum Competition. While I lived in California, I had a band called Justin Tyme. We toured all over the state. Justin Tyme was the band that named me DRUMMAN. They said it was because I must have been a superhero to make my hands & feet go that fast.
The name stuck!

I’ve been back on the Florida circuit since 1984, and I’ve been playing nonstop since then. Rockstreet was the first band I joined after my return. In 1987 Singer / Songwriter / Keyboardist Peter Sobota invited me to join the band, which featured Guitarist / Singer / Songwriter Rick Curley and bassist Christian J. Moreno. I performed with Rockstreet for five years, through several personnel changes which included Guitarist Daryl Tomas and Bassist Dante Catt. We recorded and released two EP’s, “Rockstreet” and “Get Lost”, as well as shooting two video demos on location at Fort Lauderdale Beach and Port Everglades. I toured internationally with Rockstreet, and the band was a staple in the South Florida rock scene.

In 1993, Rick Curley and I were brainstorming in the Florida Keys and we got it into our heads that we could form a band of our own – and that we did! The band was Higher Ground. Dante Catt came aboard, along with out-of-this-world talent Gary Curto on keyboards. Gary had already been a 12-year veteran of the local rock scene with South Florida club heroes Actual Proof, and he brought his years of experience and powerful stage presence with him.
With 4-part vocals and musical authority, Higher Ground toured across the state of Florida with powerhouse sets of classic and current rock, and was nominated Best Circuit Band in the 1994 Jammie Awards.

Under my management and promotion, Higher Ground also maintained a popular original project. Our first release, the 14-song “Breaking Through”, was a 100% honest, live-to-DAT recording which sold thousands of copies locally. In addition to headlining several shows, we supported such acts as Foghat, Rich Derringer, Pat Travers, and Stranger. Higher Ground went on to record and shoot video at Full Sail Center for the Recording Arts in Orlando, Florida.
In late 1995, we changed our name to Signal Zero (a police code for the criminally insane!), and adopted a harder, more raunchy style. Soon after that, Gary & Rick left the band to pursue other goals, and Signal Zero became a power trio with the addition of Berkley-ecucated Guitarist/Singer/Songwriter Gary Schutt.

I’ve played with Nobody’s Fault from 2000 to May of 2011. Nobody’s Fault is a quality classic rock band featuring Rick Friedlander, Mark Knight and Bill Murphy. We played all the South Florida hot (link hidden)w the time has come for me to focus on a new band venture in West Virginia and looking forward to expanding my musical experience. 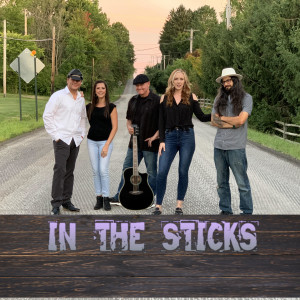 In The Sticks is a high-energy country cover band that will be sure to have your crowd up and dancing to all the hits. With three great vocalists, In The Sticks…