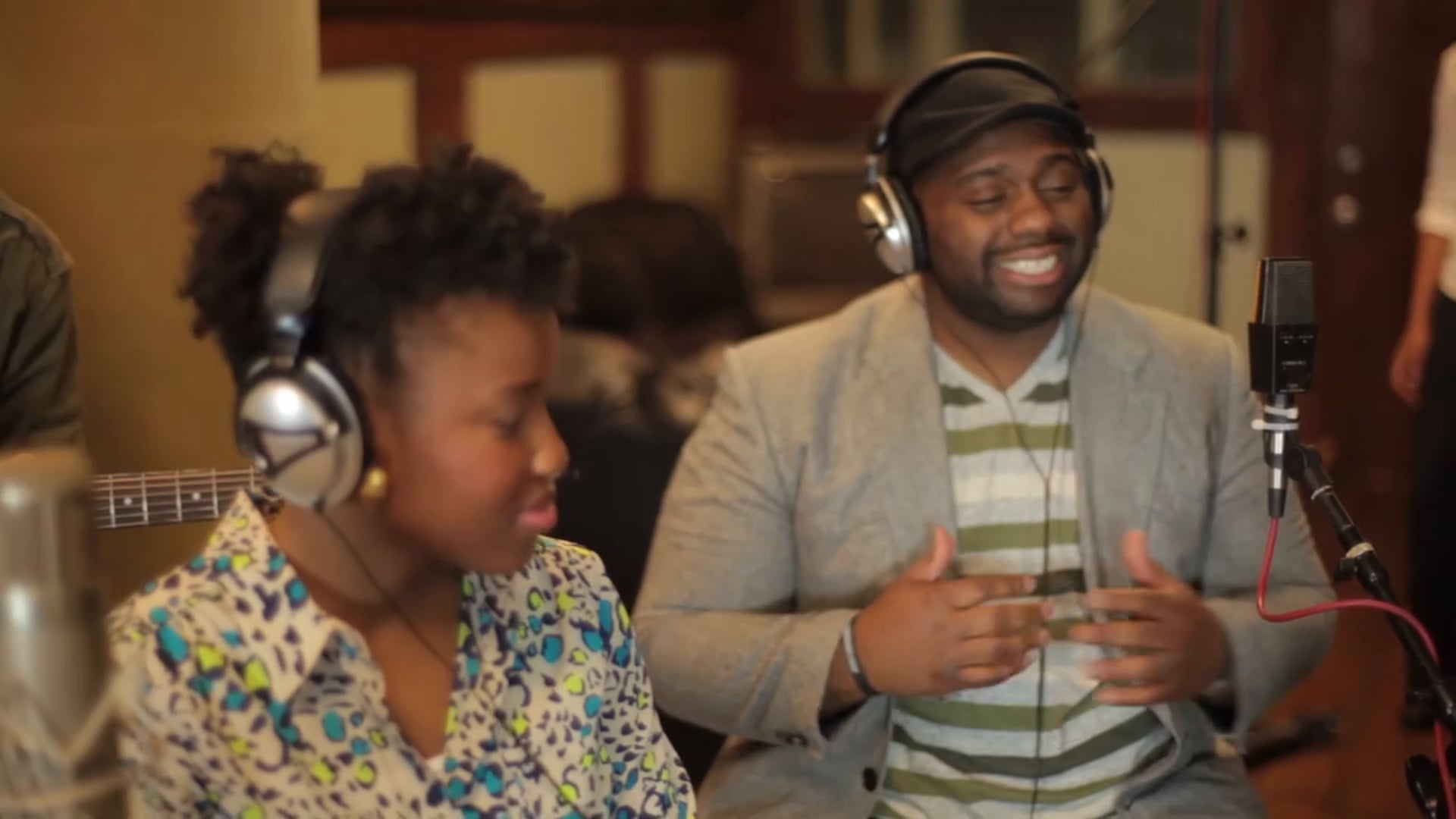 I Could Sing of Your Love (Acoustic Cover) 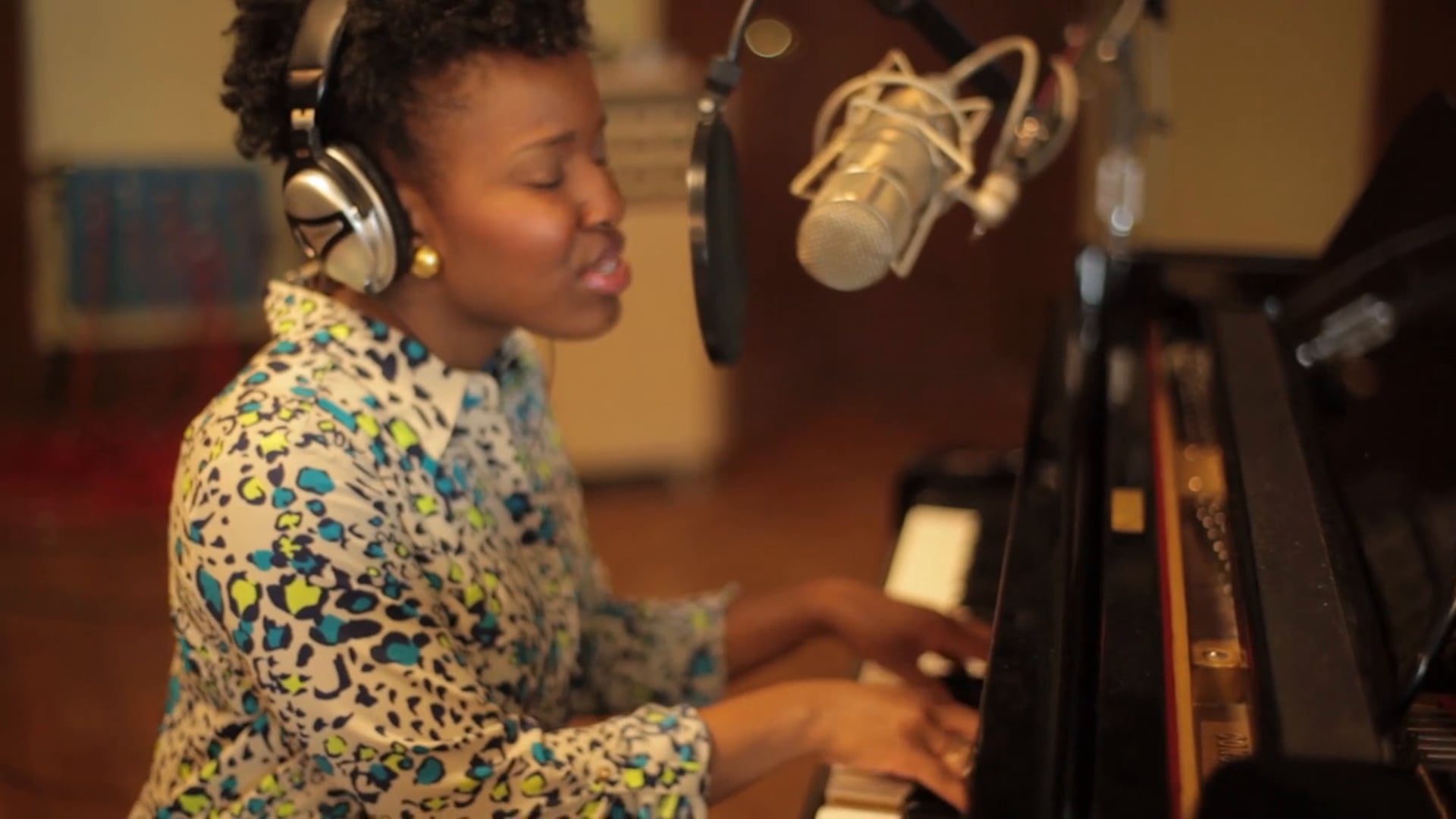 With Christ I Can (Acoustic) 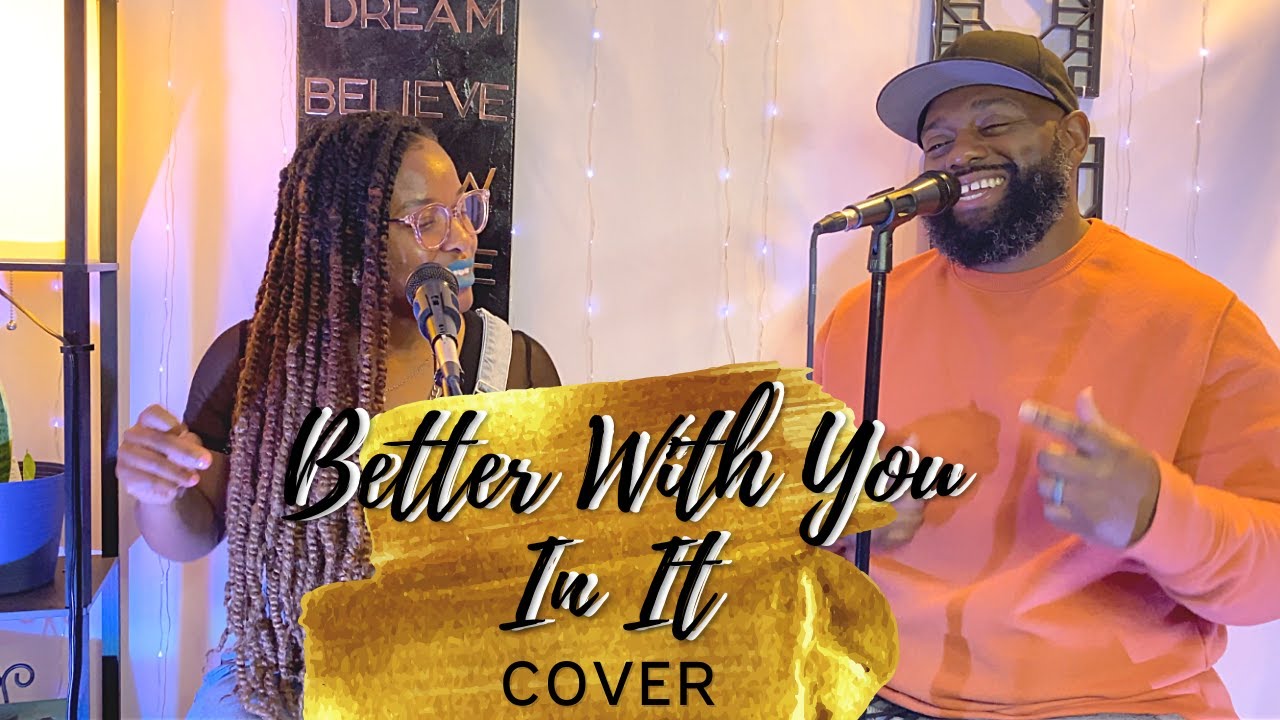 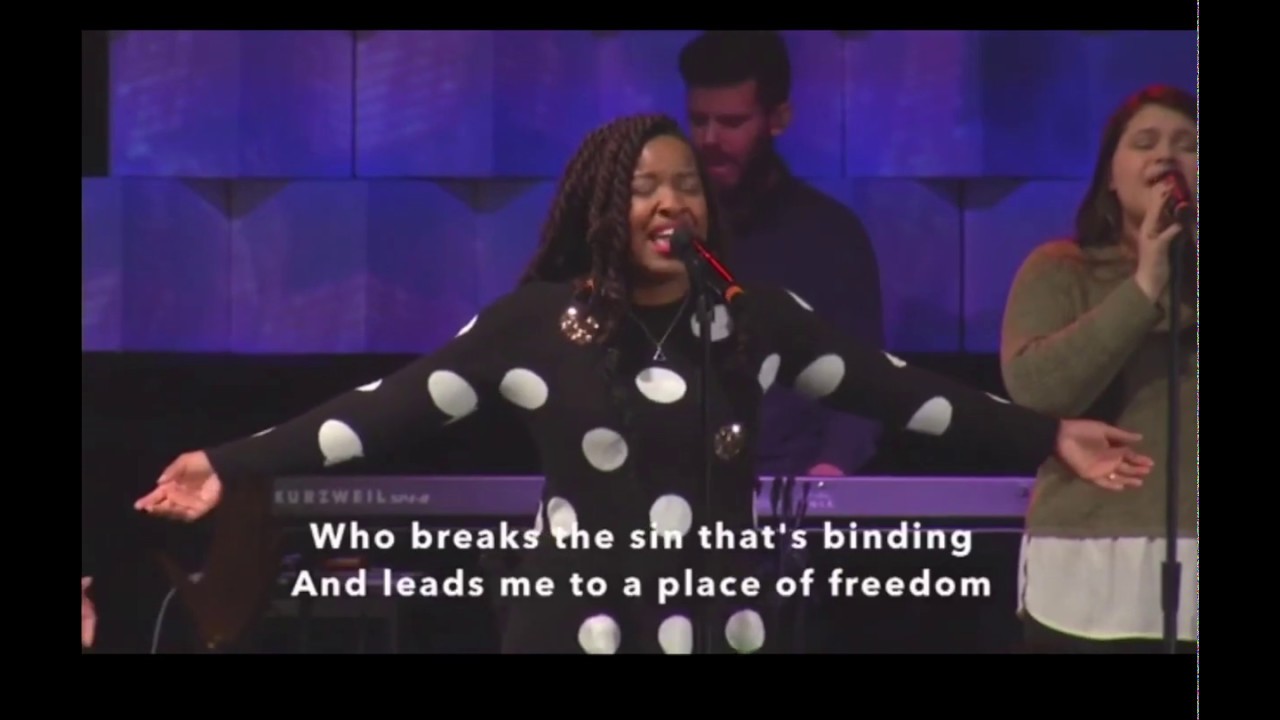 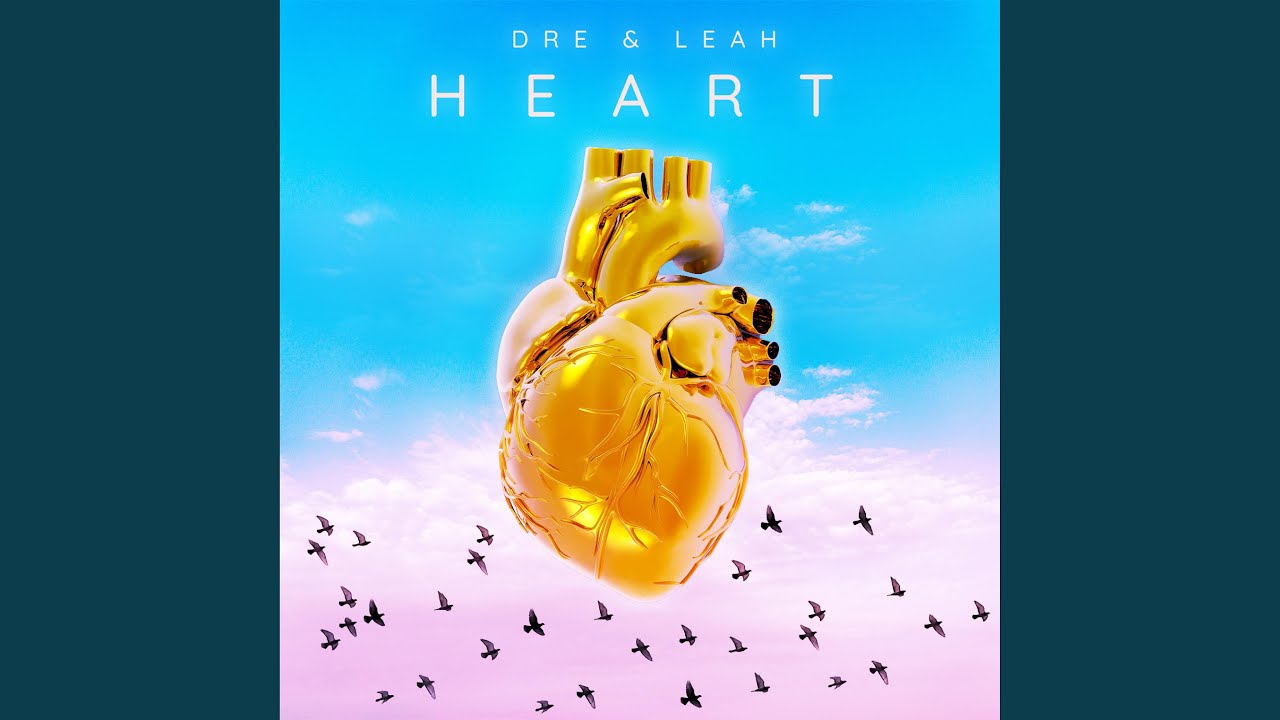 With Christ I Can 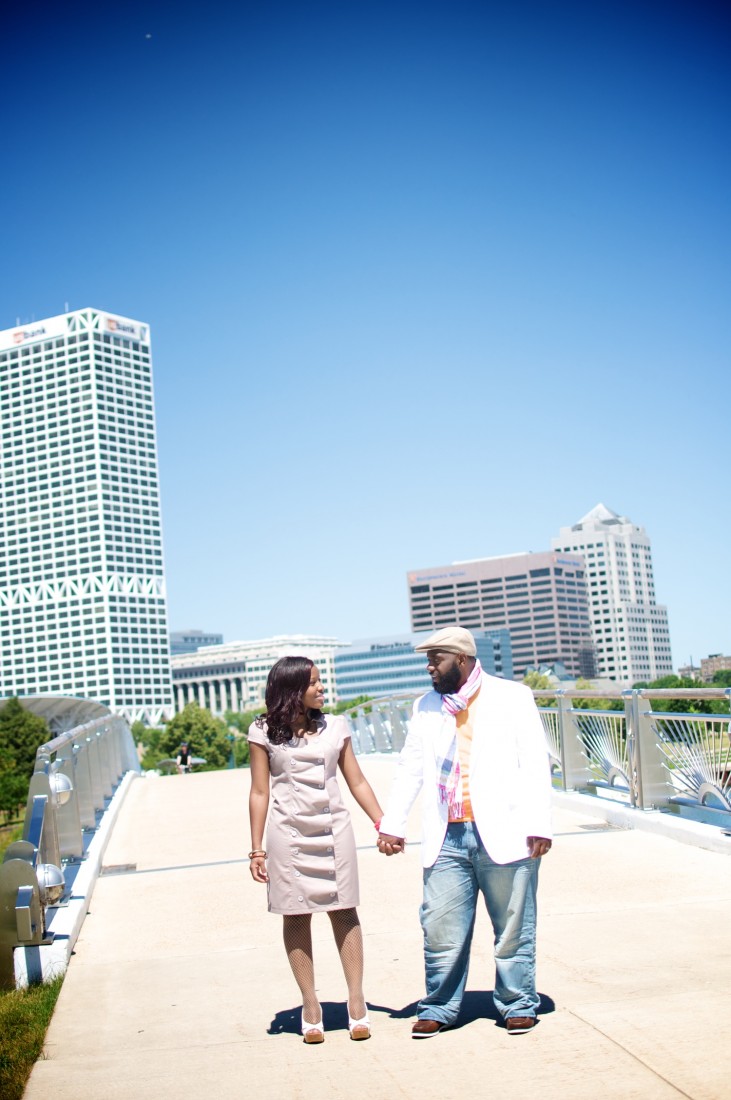 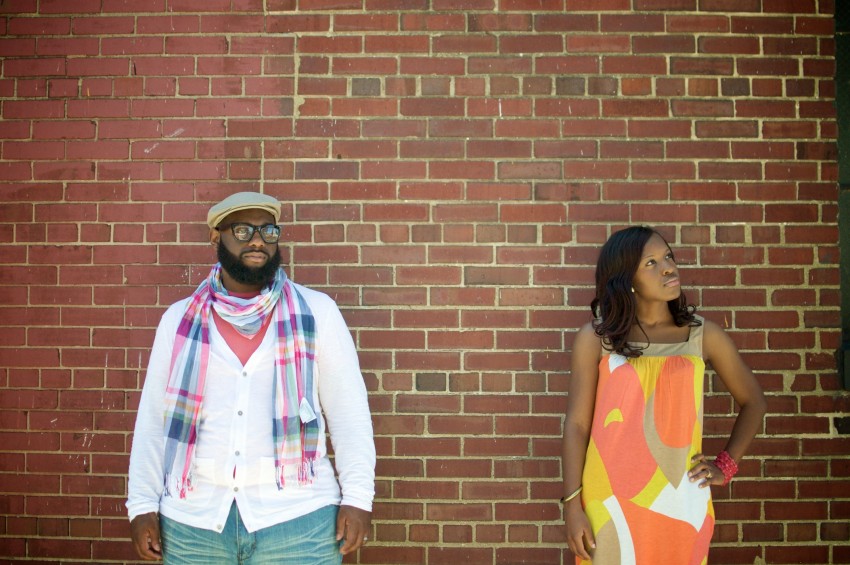 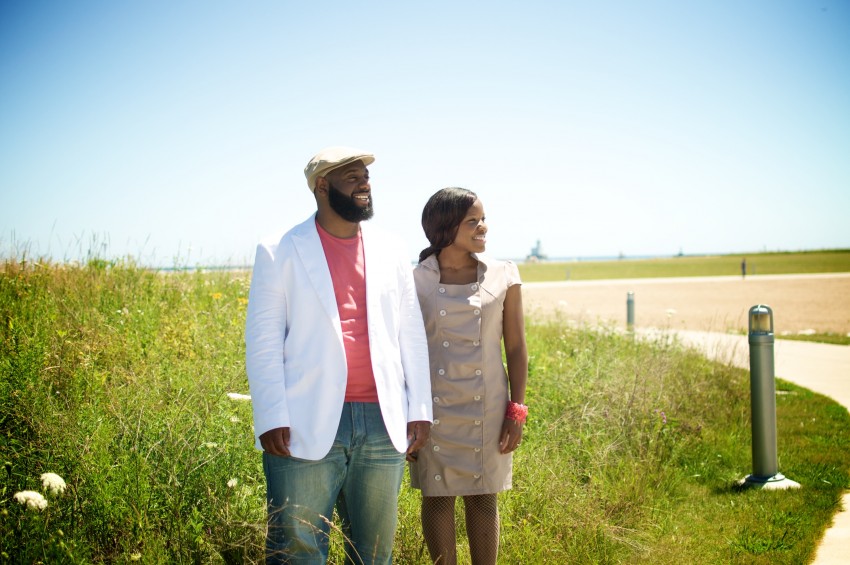 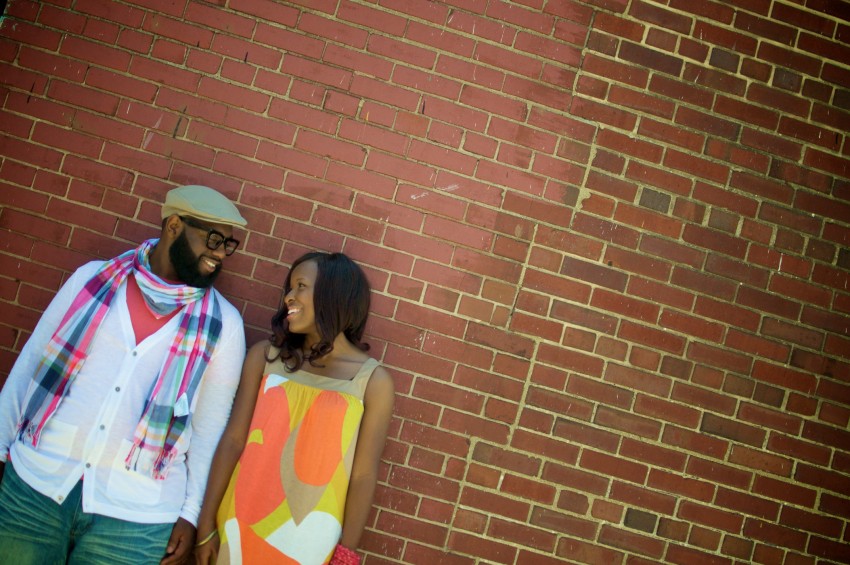 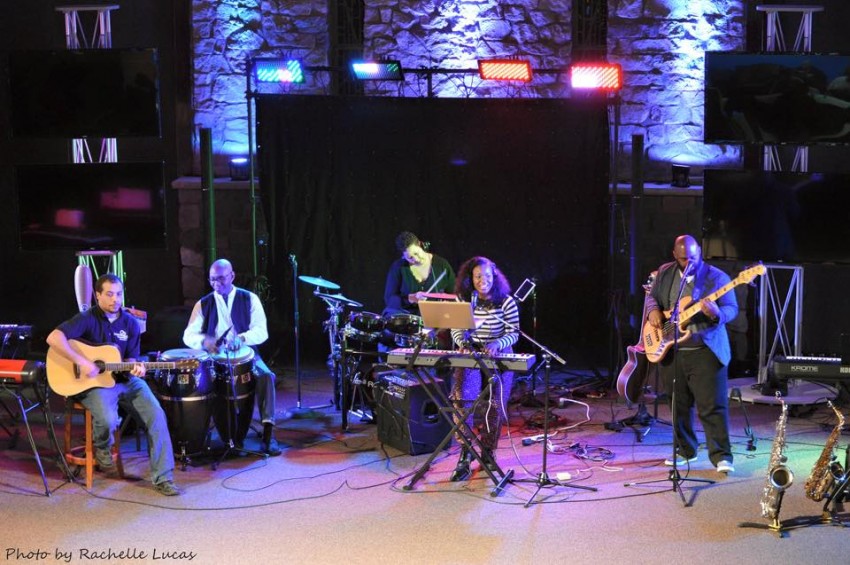 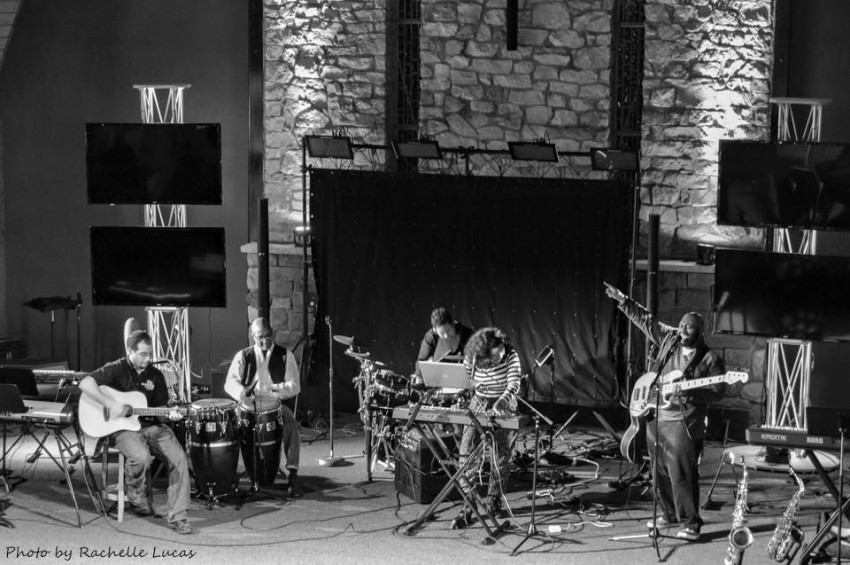 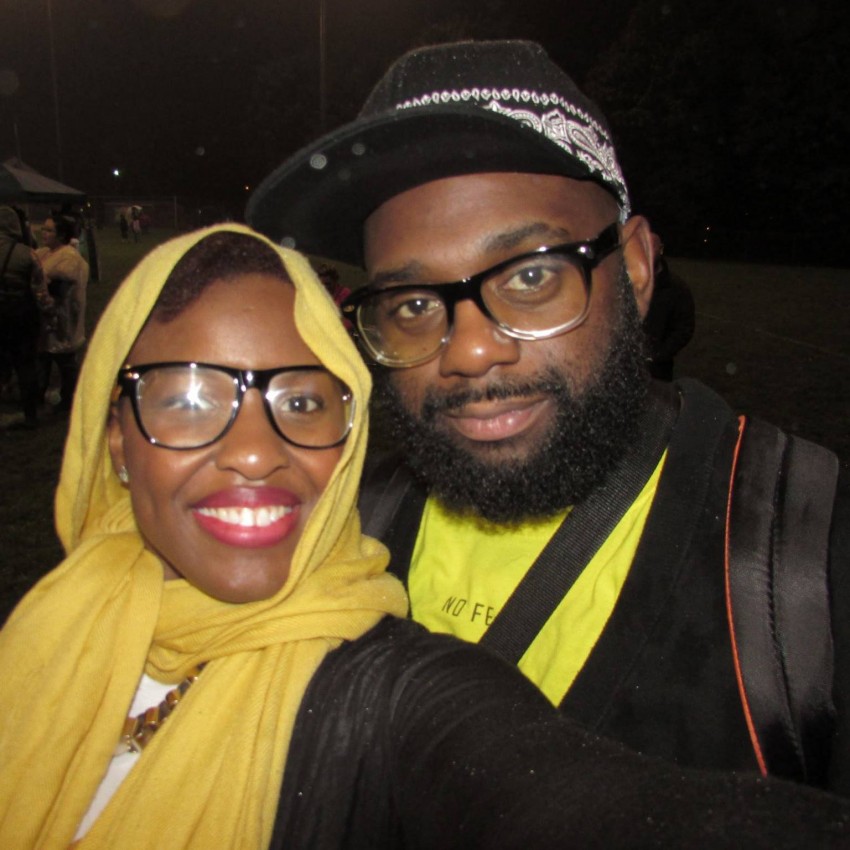 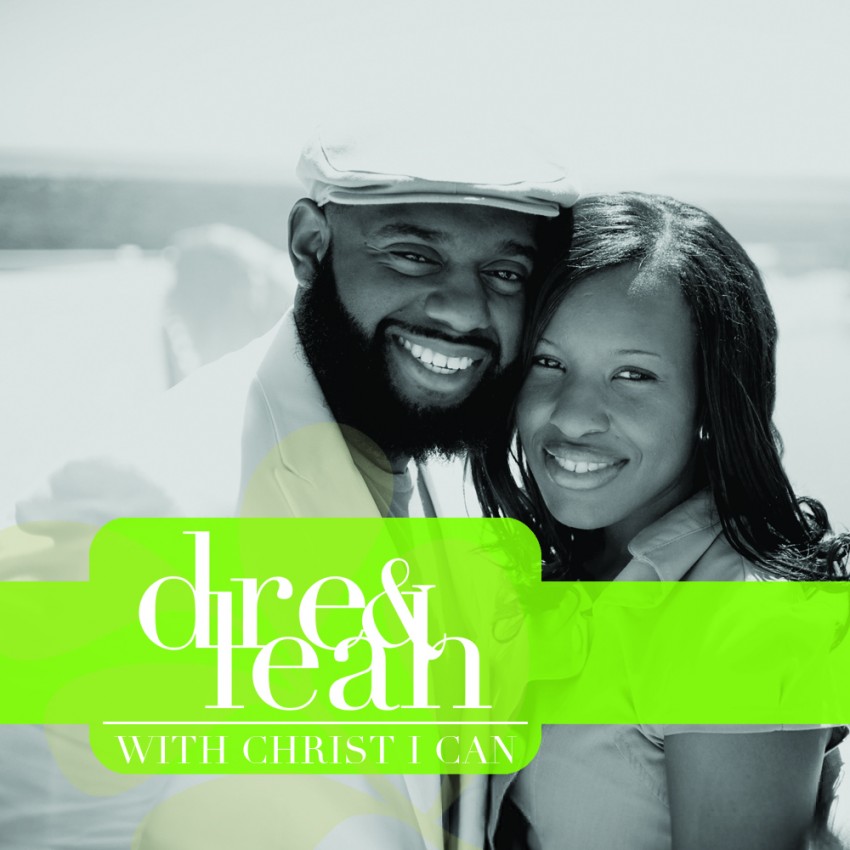 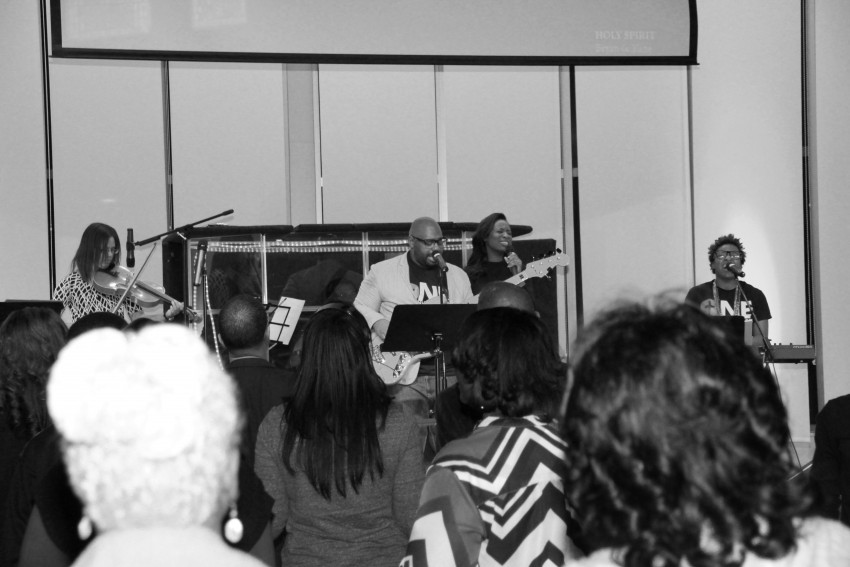 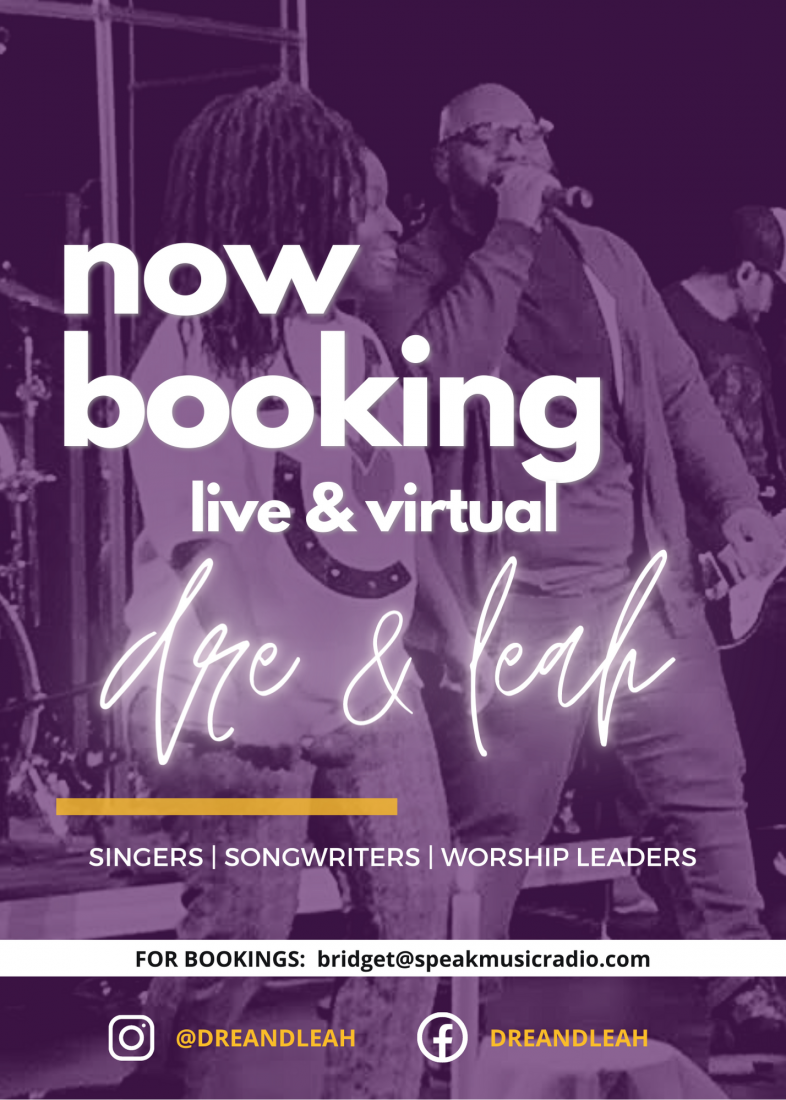 Power husband and wife duo, who love to have fun and sing from the heart. Dre & Leah are young, energetic, and you'll feel every word they sing.

met up with lieh on time ,
she was funny and warm at heart,
held our crew in control by drawing
them quietly inti her singing .
then swayed the tree line with echo of her singing.

Thanks so much for your kind words! It was certainly a pleasure to sing for you and your family for such a memorable moment. I pray that you all experience nothing but peace and comfort. Please keep in touch and take care.

Thanks for a great experience!

Dre & Leah have a wonderful spirit and are great worship leaders. They led worship for us at one of the most multi-ethnic churches in the US and they were fantastic. I highly recommend.

Pastor Chip, it was such a pleasure being with you all and meeting such wonderful people. We absolutely enjoyed ourselves. You showed us so much care. We appreciate everything and we look forward to coming back soon! Thanks so much for having us.

I had the pleasure of booking Dre & Leah and their band for our fall conference for college students. They are wonderful to work with, great with communication, and full of grace when we had a couple slip ups on our end. During the conference they led with such leading of the spirit and invited our college students into authentic worship of God. Thank you so much my new friends for your hard work and serving us at Harvest!!!

Thanks so much, Nicole! It was truly a pleasure to have the opportunity to lead worship for Harvest. We are in awe of the work InterVarsity is doing in the lives of so many college students all across the country. It was so awesome to be part of this. Thanks again for having us and hopefully it won't be our last time!

Was a blessing to have this couple and their band members. Nice people, willing to work with you, great communicators, heart for worship.

It was an honor to be part of your event. We had a wonderful time and the people are amazing! We hope to see you all again soon. Thanks for having us!

We hired them to sing at my mom's burial. They showed up early and they were amazing. Their singing was so beautiful and they are two of the nicest people we have ever met. I highly recommend them. They put their whole heart into their performance and their love of the Lord shines through so brightly. They were very professional
They are amazingly blessed with the gift to sing. We will forever be grateful that they sang for us that day.

We really appreciate your kind words and we're so glad we were able to bring some comfort during this difficult time. We are so glad we met you, Megan, and the family. You all are such beautiful people. Thank you for having us.

Dre and Leah Bracey, and their band are a joy. Musically gifted, spiritually annointed, individually beautiful. They have blessed our venue twice, and each time, they have brought a little more. They will return August 1st, to The Well @ 7:00 pm, can't wait to hear what else they'll share next... Love you both!

In 2006, D’Andre moved to Milwaukee, WI and met his true love, Leah in 2008. D’Andre and Leah were joined in marriage May 15, 2009. They continued singing as individuals after marriage, but it was undeniable that they shared something unique and special as a duo. Aware of the uncanny ability to work on major projects together and be a power force in music ministry delivery and creative programming, they officially formed the group duo Dre & Leah in 2010.

In 2011, Dre & Leah released their debut single “With Christ I Can” written by Leah Bracey and produced by Marcus Cole. This song speaks to anyone who, at one time or another, has ever felt uncertain, insecure, embarrassed, or faithless in his or her gifts and talents.

The determination of “With Christ I Can” is to encourage you to live out your dreams and become all that God has purposed for you to be! This song has been played by nationally syndicated online radio station, Speak Music Radio, WGLB 1560AM in Milwaukee, WI, and Kiss FM 107.1 in Saginaw, MI on Vicki Hill’s Sunday Morning Show. This is just the beginning for Dre & Leah.

The duo made an appearance in 2012 on Trinity Broadcasting Network’s Southeastern Wisconsin “Praise the Lord” show and was the featured artist on the K-LOVE/Air1 Radio stage at Freeman’s Friday Night Live in Waukesha, WI. They have led worship at their local church and at various churches in the surrounding Wisconsin and Michigan areas.

In 2012, Dre & Leah relocated to Detroit, MI. They've worked as Youth Ministry Leaders for a Christ-centered, Detroit-based non-profit organization, LifeBUILDERS whose goal is to empower the youth, reclaim the neighborhood, and build a real community in East Detroit. They now reside in the Cleveland, OH area, working as Worship Pastors and Youth Leaders at Garfield Memorial Church while continuing to make great music and share their gifts.

Understanding that changing lives, sharing Christ, and giving God all the glory is most important, Dre & Leah share in one vision. That vision is to excel in worship, praise, ministry, music, and purpose while amplifying the power of partnership and connectedness in marriage.

We travel on our own or we can bring additional musicians. We can bring our own instruments (keyboard and stand, bass, guitars, amps, and some mics, depending on each specific event). The drummer can utilize a drum set that is onsite.

The venue would need to provide great stage lighting, additional mics, a way to play tracks and loops through the sound system, and a sound guy will need to be onsite during the sound check/set up AND during the performances.

Indescribable
Sing, Sing, Sing
Reason to Sing
I Could Sing of You Love Forever
Your Name
Oh How I Need You
He Said

A table or booth and 2 chairs to sell our music

Boom stand and mic for keyboardist

3 additional mics and stands for background singers (if applicable)