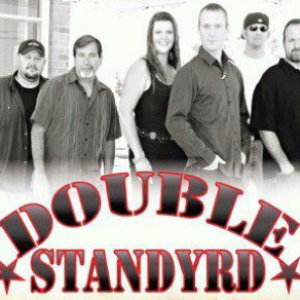 Double Standyrd is a Blues/Southern Rock/Rock-n-Roll band. Our focus is Blues, but we throw in some Southern Rock, Good ole' Rock-n-Roll, and a few surprises. We have two outstanding lead vocalists, lead and rhythm guitars, bass, and drums. We guarantee to get you moving! The songs we play, most cover bands don't, but everybody knows and loves. We are available for clubs, bars, festivals, and private events.

Be the first to review Double Standyrd

Our style and song choices leave nothing to be desired. We prefer to start off slow and get everyone in the mood. By the third or fourth tune, the dance floor is rockin'. Double Standyrd will get you on your feet and moving! Whether you like to groove to the blues, or throw your hands in the air to an anthem rock tune, we have something for everyone. There is nothing better than performing our hearts out and having the crowd singing along while they get down on the dance floor. We like to throw in a surprise here and there, just to keep the crowd on their toes.

If you are looking for a band that gets you off your seat and moves your feet, Double Standyrd is the one!

Double Standyrd wants to get people on their feet and dancing! Whether it be to a ‘kick up your heals’ southern rock song, or the slow groove of our blues music, we want to see you on the dance floor, having a good time. Sing along to some of your favorite southern rock songs, or the occasional anthem rock tune. If you’re having fun, we’re having fun!

We are a Mendocino County Blues/Southern Rock band, formed in March 2012, and we have made our mark playing at many local venues, including The Office, Club Calpella, Railroad Station, along with other venues such as Nelson Family Vineyards Summer Concert Series, Ukiah BeerFest, Pints in the Plaza, Guitars for Troops, and many private events.

Double Standyrd was formed after an Open Mic night in March 2012. Jim Switzer (Lead Guitar) held the Open Mic at The Office, in Ukiah where Erick Fackrell (Male Vocalist) and Camille Villavicencio (Female Vocalist) were performers, each accompanied by Brad Hunt (Rhythm Guitar). It was Brad, who after hearing each of the singers, thought it would be a brilliant idea to put a band together, spotlighting the full bluesy quality of Erick’s voice, complimented by the smooth sultry sounds that Camille offered. Soon after, adding Frank VanVranken on bass and Scott Wise on drums, Double Standyrd would be complete! This six member ensemble was ready to rock! 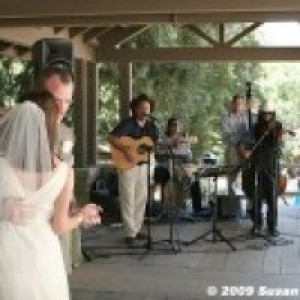 John K. said “The Pine Needles traveled a long way for our wedding, they were timely and delivered. Nice mix of danceable tunes in the genre of bluegrass and the Dead…” 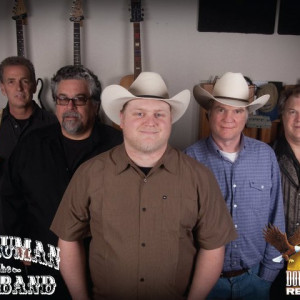 J.D. Bauman and The Boot Band

Katelyn B. said “We all had a great time! This was the perfect fit for our Kentucky Derby Party. Great way to start off summer. Upbeat, excellent song selections. People…” 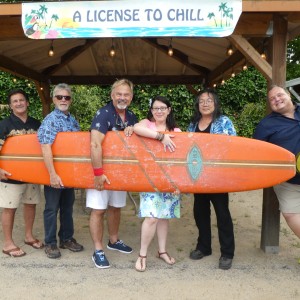 A license to chill

We are the Bay area's best party band! We play tribute to Jimmy Buffett and his many friends!! We have played Bay Area wineries, special events, concerts, weddings,…