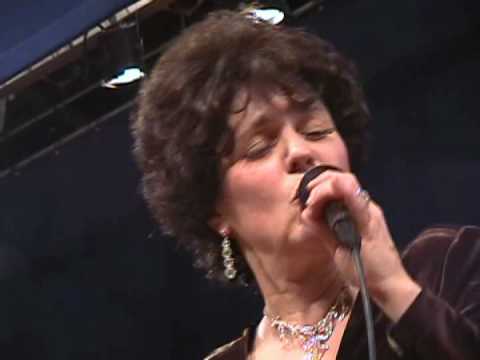 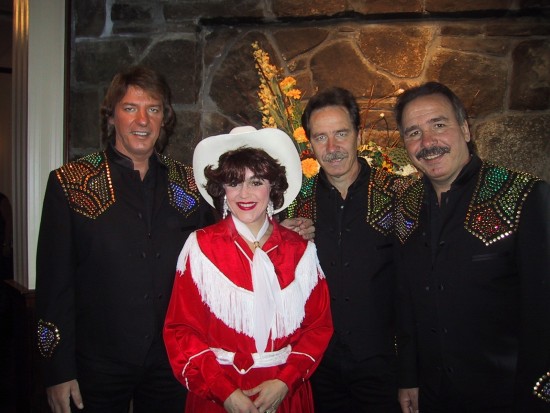 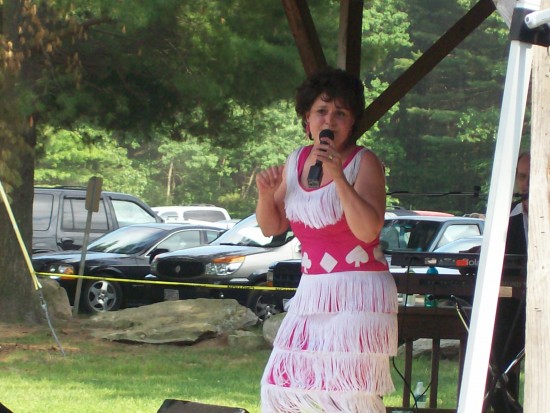 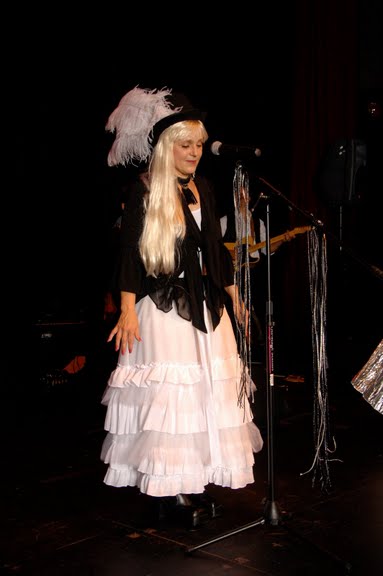 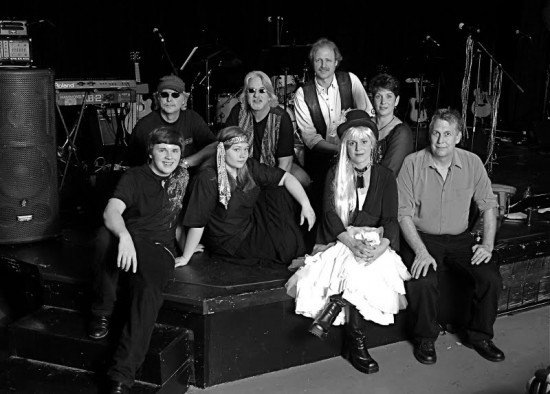 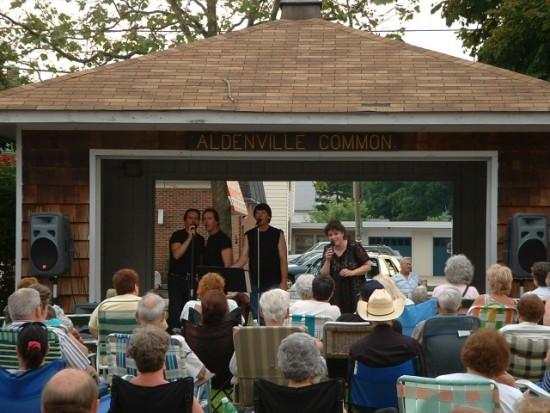 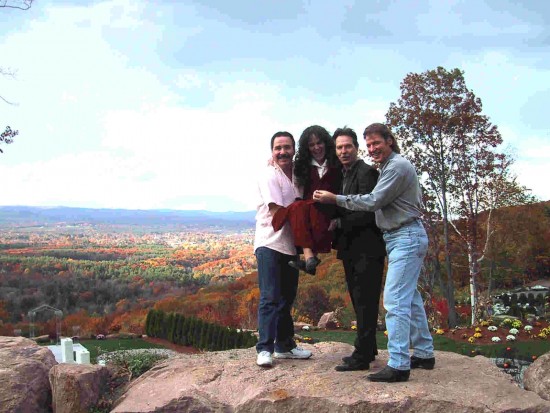 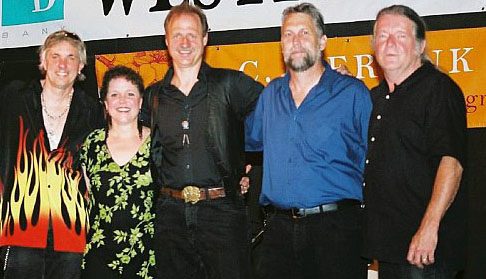 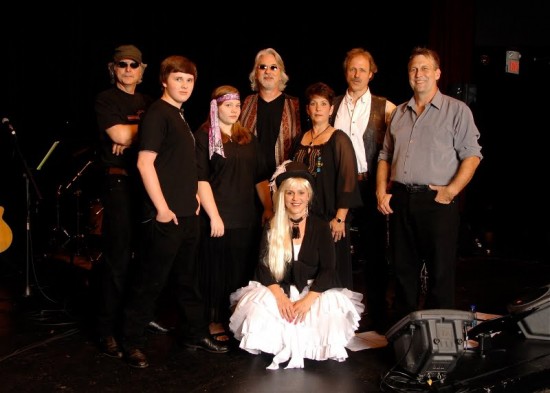 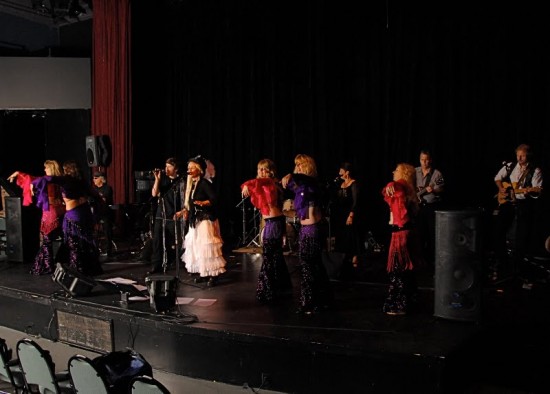 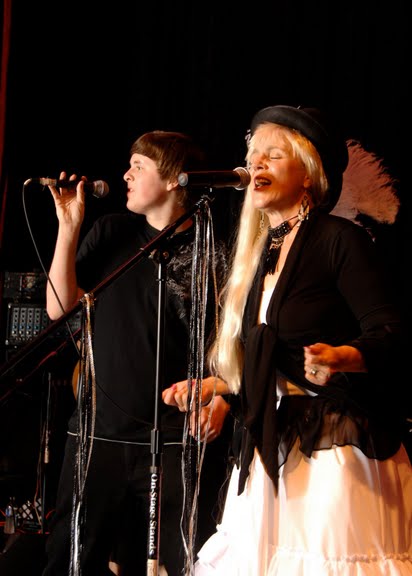 Donna Lee's show, A Tribute to Patsy Cline brings to life the music of this popular and country music icon. Hear favorites: "I Fall to Pieces", "Crazy" and "Walkin' After Midnight"

Donna Lee and Landslide perform a tribute to one of rock and roll's most enduring and energetic bands, Fleetwood Mac. Experience the magic and mystery. Hear hypnotic rhythms, mystic lyrics and screaming guitars. Ethereal harmonies, swirling cascades of sound.

Sound samples are available for all three shows.

I booked this band and they were fantastic. It was a great show and they are big talents. True professionals. We are having them back, the whole town is talking about it. Really a great evening.

Donna Lee is a versatile singer who aptly delivers the music of Patsy Cline, the music of Fleetwood Mac and her own brand of Northern Country. Below, you will find descriptions of Donna Lee's shows.

Donna Lee: A Tribute to Patsy Cline
The Music of Patsy Cline is as popular today as it was at the time of her death on March 3rd, 1963. She was a popular and country music icon and she has inspired millions with her songs celebrating the joys and heartaches of life. Songs like Crazy, She's Got You and Walkin' After Midnight still grace the airwaves and still stir powerful emotions in the hearts of listeners young and old.

In her show, A Tribute to Patsy Cline, Donna Lee brings to life the music and memory of the late great Patsy Cline. An internationally renowned vocalist and recording artist, Donna Lee brings her rich mellifluous voice and her many years of experience as an entertainer to the stage and leaves her audiences with a glimpse of the life, love and loss of Patsy Cline. Interwoven with the stories of her trials and triumphs are the songs - the classic timeless songs we know and love. This performance is a lively upbeat tribute to the woman who broke through the barriers of popular and country music and became one of the world's best loved stars.

Donna Lee and Landslide: A Tribute to Fleetwood Mac
Throughout her musical career, Donna Lee has performed songs by Stevie Nicks and Fleetwood Mac. These songs have held a special place in her repertoire and have always been audience favorites. In her show, A Tribute to Fleetwood Mac, Donna Lee has put together an impressive collection of personal and popular favorites. Donna Lee’s voice adeptly handles the edgy power of Stevie Nicks’ songs yet comfortably slips into the silky nuanced style of Christie McVie.

Male vocals for this show are provided by Kyle Ray. Kyle Ray is a voice student of Donna Lee’s and has just released his first CD. He brings to the stage a winning combination of range, control, youth, power and energy. Kyle Ray is exciting and talented and brings life to the songs of Fleetwood Mac whether singing in duets, lead or harmony vocals.

The Band: From their earliest recordings, the sound of Fleetwood Mac is defined by the pulsing rhythms laid down by drummer Mick Fleetwood and Bassist John McVie. In this show, these roles are filled by custom drum maker and session drummer Joe Montineri and Berklee College of Music graduate Clark Honeywell. Montineri has gained an international reputation for his drum designs. His clients include Billy Cobham, Sheryl Crow, Don Henley and Phil Collins – to name just a few. He brings a unique ear and a polished percussive feel to this show. Honeywell has performed with jazz, rock and country bands both on stage and in the studio for the past 30 years. The combination of Honeywell and Montineri gives this music a comfortable, locked in feel. The effect is hypnotic.

Born in Massachusetts, Donna Lee is a Nashville recording artist whose recordings have received air play through the United States, Europe, Australia, New Zealand, China and Japan. Singles from her CD "Dancin' Around It" have been tracked in Billboard Magazine and The Gavin Report. She has appeared on TNNs "Charlie Daniel's Talent Roundup". She performs regularly along the Eastern seaboard and has made cross country tours and cruise ship appearances.

Donna Lee began performing country music by sharing the stage with some of New England's legends. She performed with Dick Curless; she yodeled with world champion yodeler Kenny Roberts and - at fourteen years old - became a member of The Tex Overstreet Band. Moving to Arkansas while still in her teens, she performed in bluegrass and country bands all over the state including an several appearances at the storied Mountain View Folk Festival.

Donna Lee’s talents led to the formation of the very successful touring duo, Sweet Melody. Sweet Melody traveled from East Coast to the West, the circuit included runs at Virginia Beach and Durango Pass and included a stint with Carnival Cruise ships.

Returning to New England, Donna Lee joined the popular Connecticut-based country music band Family Tradition and performed at clubs, fairs and festivals throughout New England and beyond. Among the highlights of her stint with Family Tradition were opening act appearances with Porter Wagner, Kathy Bailey and the Boys, Bill Monroe, Hank Williams Jr., Faron Young and The Drifters.

After leaving Family Tradition, Donna Lee sought to develop her own sound and musical style. She began a fruitful collaboration with guitarist and songwriter Jim Armenti. These sessions produced some of the songs that appear on Donna Lee's CD "Dancin' Around It" which was recorded at Nashville's County Q studio and features Armenti on guitar and mandolin. Donna Lee continues to carve out her own style of "Northern Country", drawing her material from New England songwriters like Norman Schell, Barry Searle and Clark Honeywell.

At home now in Central Massachusetts, Donna Lee has performed at many of the areas finest venues including sold out shows at the storied Iron Horse Music Hall in Northampton and The Majestic Theater in West Springfield. She has performed at Chez Josef, The Log Cabin, The Amesbury Playhouse and The Hu-Ke-Lau. Donna Lee and her band have made numerous appearance at outdoor concert venues and fairs including: The Big E, The Franklin County Fair, The Blandford Fair, The Three County Fair and Granby Charter Days. She has performed "Town Commons" style concerts all over Massachusetts including Sturbridge, West Brookfield, Lowell, Southampton and Springfield.

Accolades for Donna Lee's CD "Dancin' Around It"

"This gem of a CD showcases one finest voices you'll hear this or any year. This "Northern Country" set recorded in Nashville boasts several genuine standouts. Most notable perhaps is the spirited lead cut "Trouble"."
Kevin O'Hare - Playback

"Donna Lee is a songbird reminiscent of Ann Murray. The musicianship is excellent throughout the CD. Arranging and production are clean and professional."
Julie Gibbons - New England Performer

"It's the mellowness, depth and range of Lee's voice that makes her special. She showed she's clearly in the same class as Brenda Lee and Patsy Cline."
Joyce Marcel - Springfield Union News 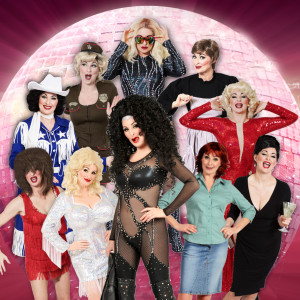 Chris B. said “Bonnie lit this place up as Lady GaGa. Everyone was shocked and in tears of laughter and joy; enough said!”