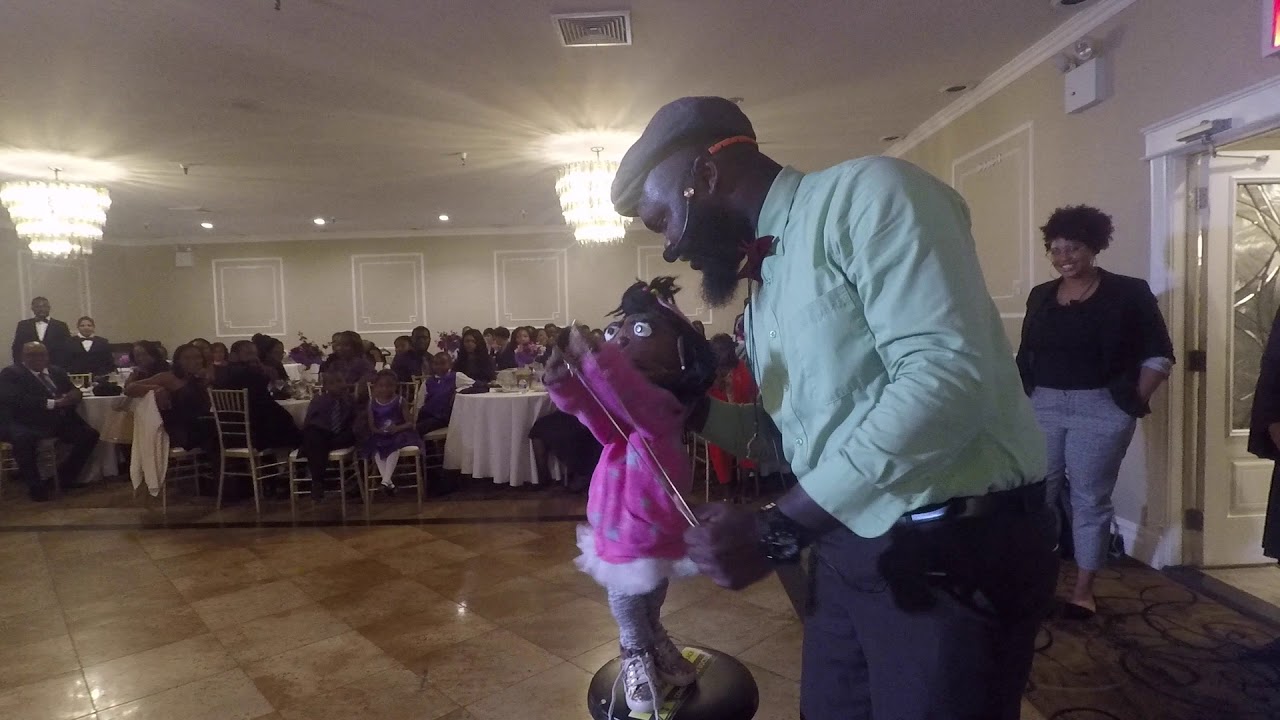 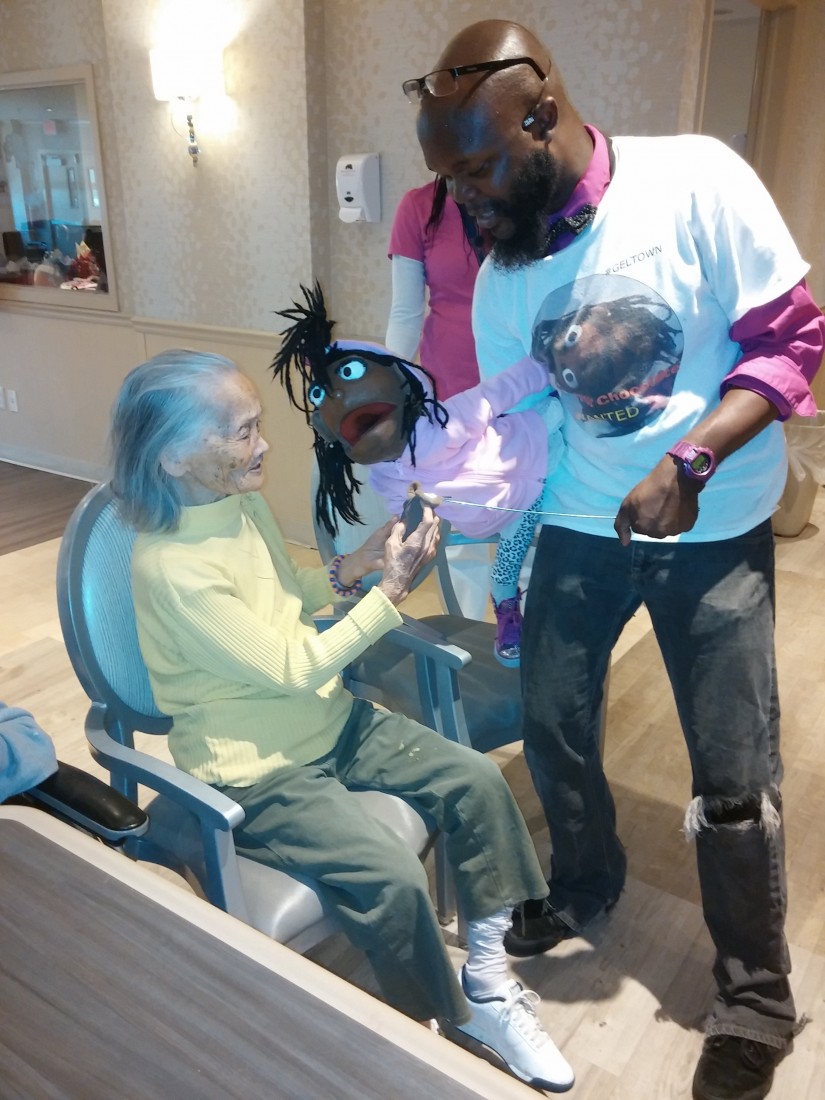 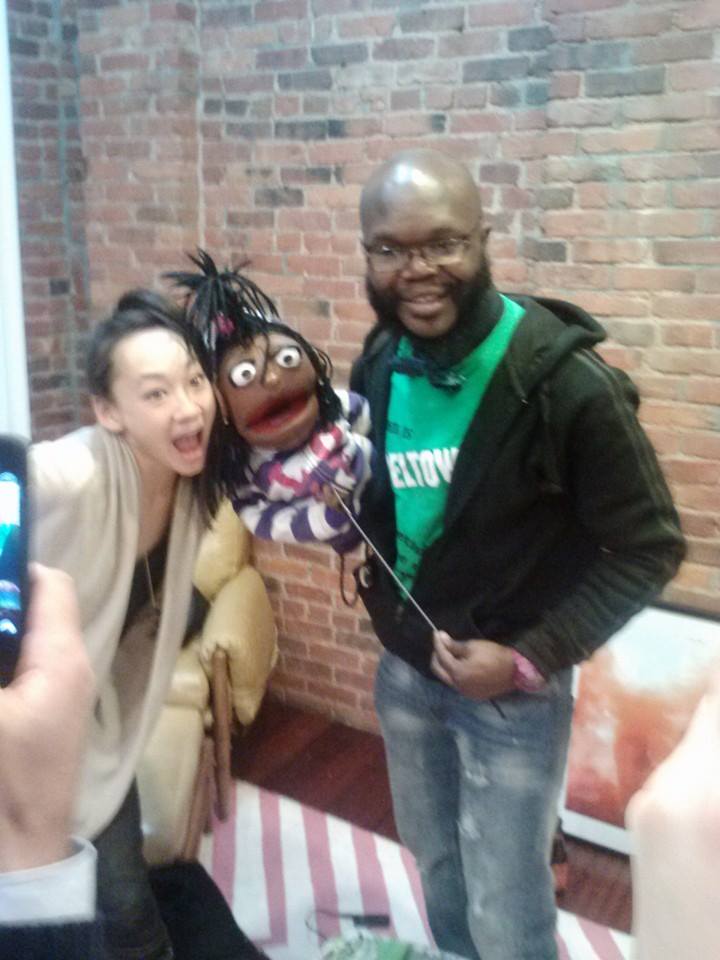 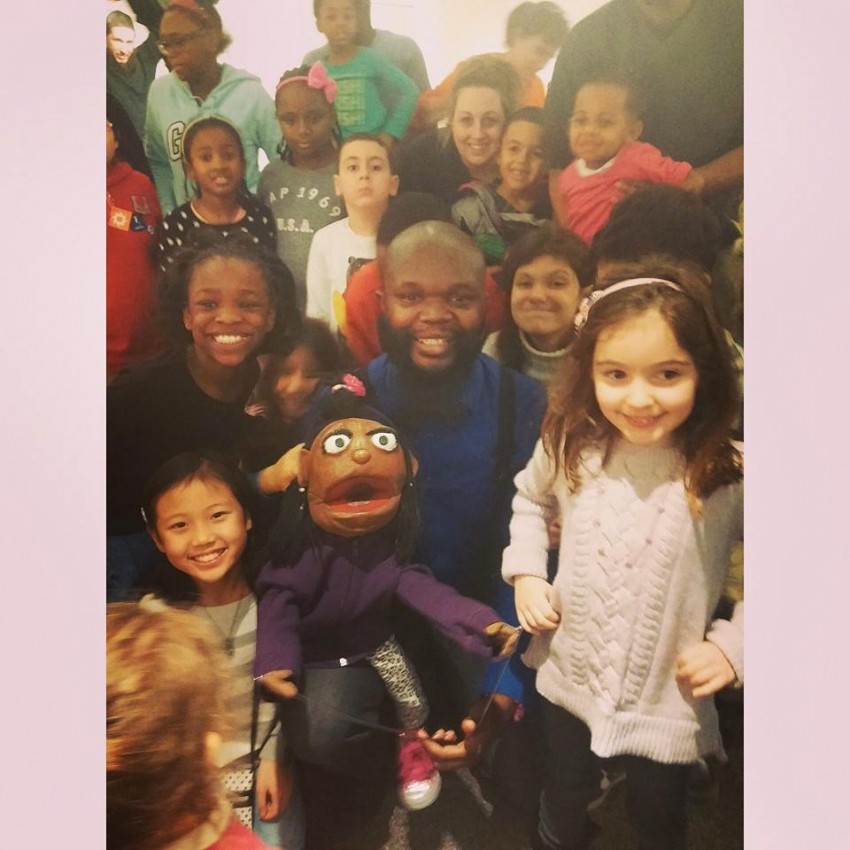 at the Brooklyn Museum

Docta Gel is a ventriloquist/comedian specializing in improv comedy accompanied by a band misfits.

His show is known as 'GELTOWN'... Somewhere near Sesame Street but the street lights don't all work.

Catering for all ages, Docta Gel is a capable of putting together an entertaining and interactive show for any occasion

The cast of characters known collectively known as the Geltown Crew
Starring the aforementioned, infamous and sassy Cindy Hot Chocolate, her cousin flirtatious but dimwitted D-Roy, an.elderly crooner with medical problems Clyde, and a few others.
Each character with their own issue, aim to share their story in hopes to change the lives for the better.

Nigel,Docta Gel, was incredible with both my kids and staff. He was extremely enthusiastic and entertaining. His engagement with a group of our size was impressive as well. We will definitely be hosting Docta Gel again!

It was my pleasure to perform to at your event!! I had an amazing time with the kids and staff alike. I live for this!! Thanks for me and my little friends lol. Until next time Peace n Love

Docta Gel was hilarious and very engaging with the audience. He's sure to be booked again!

Hit of the party

My family and I loved Doc Gel's performance. They laughed the whole time. He even stayed after the show to dance and laugh with the family.
I would booked him again for any party.

Docta Gel performance at my daughters 10th birthday party on April 7, 2017 was the best part of the party. His performance made my daughters day as well as her friends. Who are still talking about how much fun it was debating with Cindy Hot Chocolate. He is a great performer who involved the parents in the show also. I will hire him again.

A showcase of 3-4 characters introduced and performed on stage one by one. Each character has a distinct story/problem in which engages conversation with the audience. Dance contest routine led and hosted by the lead character.

I am a young artist aspiring to be one of the best edutainers for urban youth. Sometimes dubbed the 'Hip Hop Ventriloquist. I like to portray my exaggerated characters in stories that we all can relate to.

Son of a gospel preacher and student of theatre, I want to give back to the community in the form of entertainment. Inspiring hope and joy in the rough times. Providing a show that folks dont have access to.

Sound mixer usually supplied by the DJ. I am equipped with a portable tourguide microphone.