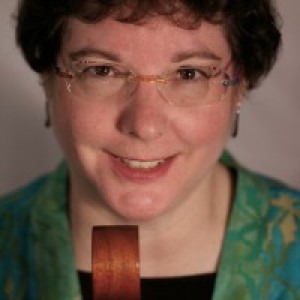 Diane Taraz is a versatile singer-songwriter with a crystal-clear voice, performing a wide range of original songs and vivid interpretations of traditional folk. She plays guitar and the lap dulcimer, a lovely instrument invented in Appalachia in the 1700s. In addition to singing her own songs and those of other contemporary artists, Taraz presents programs that focus on the history behind songs from many eras, including the American Revolution. She often performs in period dress, and frequently collaborates with other singers and instrumentalists for events at museums, libraries, and historic houses.

Diane brought a unique dynamic to our event and was the perfect missing ingredient. She was punctual and performed her characters to a T. I would recommend Diane for your event.

The hour flew by. Diane has a beautiful voice and is very talented. i noticed a lot of smiling faces in the group. Very informative about the little things in women's lives in history. Thoroughly enjoyable.

Taraz has perfomed in hundreds of places -- coffeehouses, clubs, libraries, museums, restaurants, historical societies, and private houses -- bringing her velvety voice and vivid songs to audiences of all ages. Laughter abounds as she uses her dry wit to explain both her own award-winning songs and the traditional material into which she breathes new life. Audiences listen entranced as she sings a cappella, a challenging style at which she excels.

Diane's songs draw much inspiration from traditional folk. "Raisin Pie," based on a family memory, is a haunting tribute to the power of music to ease the trials of everyday life. "Gathered Safely In" is an instant classic, made for singing along. "Normandy" and "Amaryllis," performed with voice alone, are gorgeous traditional melodies for which Diane wrote new words.

Her spellbinding "Walk Away" has been used as a theme song for fundraising walks in the fight against domestic violence. Sing Out! magazine published "Walk Away" in 1994, calling it "one of the best."

Many of Diane' songs draw inspiration from weird and wonderful events of the past. "The Sea-Serpent of Cape Ann" tells the story of that mythical New England beastie. "Les Filles du Roi" looks back at her great-great-great-great-great-great-great grandmother's leap into the unknown as one of the young women who sailed to New France in the 1600s to marry the settlers in Quebec. In "The Ballad of Deborah Samson" she tells the true story of a Massachusetts woman who served in the Revolutionary War, disguised as a man.

Her newest song is "Let's Go Canoeing on Lake Chargoggagoggmanchaugagoggchaubunagungamogg," singing the praises of this actual body of water in central Massachusetts, also known (thank goodness) as Webster Lake.

Diane is the director of the Lexington Historical Society Colonial Singers, and performs frequently at historic venues throughout Massachusetts. She presents two programs: "Songs of the Revolution," about the music of 1776, and "A Silver Dagger," which explores women's history through folk songs. She often performs in period dress.