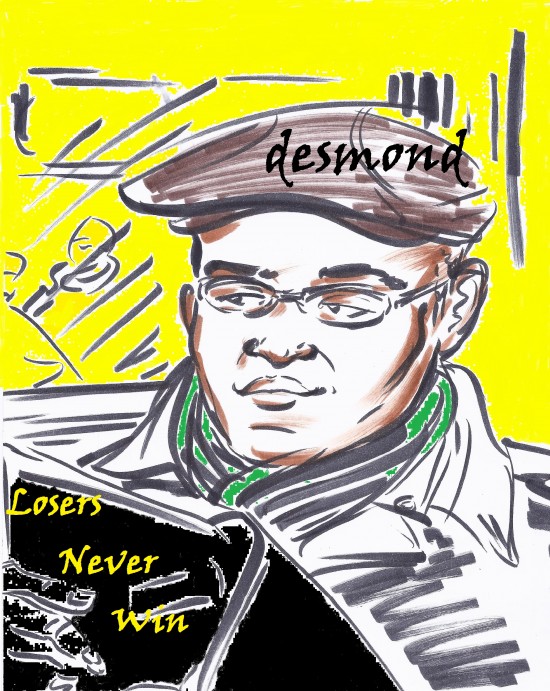 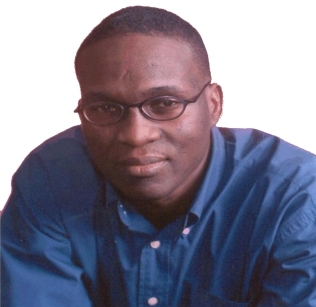 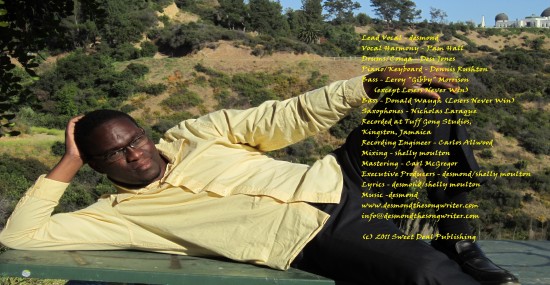 desmond is a recording and touring roots reggae/r&b singer/songwriter with a world class backing band and stimulating and entertaining live show.

Be the first to review Desmond

desmond is a reggae singer/songwriter based in Midwood, Brooklyn, NewYork City. He is not a Rasta; he is a Christian. He does not wear dreadlocks. He does not smoke weed or anything else. He is not homophobic. His last name is not Marley. In fact, he is not even sure who is father is, which is why he is just desmond. He is definitely not from one of the reggae families. He has only one daughter and only one wife. He is yet to win any major awards or visit the Billboard charts. He has been living away from Jamaica for the last nine years. If there is any street cred left from all of this, he would have lost it for being a classically-trained musician.

In spite of all of this, he has sold 2,400 copies of his EP Losers Never Win which was released digitally and physically recently. There are major label reggae acts struggling to sell 2,000 CDs. He has been performing all over the United States, including the Apollo Theater in NYC which has been aired on BET/Centric. He has been getting good reviews and airplay from stations such as the Fatsa Fatsa Show, KTUH, and Indies in Motion. All of this has been done without the help of a booking agent, distributor, publicist, or record label. 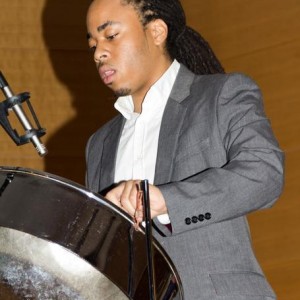 Mary L. M. said “Mustafa was professional, organized and a fantastic addition to our engagement party. We couldn’t have been happier ! Wonderful, chill addition to any…”

Lizzie Z. said “DoMo played at a surprise birthday party I threw for the cocktail hour. Guests absolutely LOVED him. I got so many compliments and his music was fantastic.…”

Rachelle F. said “Soulful Sounds ENT played at a 40th birthday party we hosted. They are easy to work with, professional, reliable and incredibly talented! They were responsive,…”

Kayla C. said “I had a hard time finding the right percussionist for my event. We needed someone with the right energy for an important client's upbeat, opening event.…”