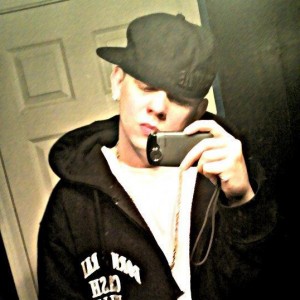 Im Dee boi tha prince. Ive preformed on bill st. in memphis tn. I like to do shows and show off my talent. Im Really good at what i do and i will make your party hop!!!! Im very cheap because to me money isnt all that matters its all about getting my name out there!!!

Be the first to review Dee-Boi Tha Prince

Dalton(Dee-Boi Tha Prince)Pruitt, Grew up and was raised in Nashville,TN. By the age of 12 he moved down to Portland,TN. Where he never thought his life would change so much,he met a bunch of people at his Middle School that said he could rap and was wanting him to start doing it more. So at the age of 17 Dee-Boi Tha Prince started up on building a home studio at his house, but wasn't really that good seeing as he just started out. For 4years he worked on his flow/style/and just that unique sound that nobody has heard of. Now Dee-Boi Tha Prince is 20yrs old and has over 100 singles and over 300 collaborations. He records at Studio 210 which is his home recording studio, where he is the artist/engineer, just trying to do it all. I asked him why is he so focused on being a engineer and a MC, he said ""being a artist with a lot of respect for Dr.Dre and growing up to that type of music, i really want to expand with my music and do all i can with it. No matter how much you know about music you will never know everything"" is what he said. He said that he really wants a record deal and wants to be a role model to all these kids out here. So as of now he is focused on one thing only- BEING A INDUSTRY ARTIST -Mr. Go Getta