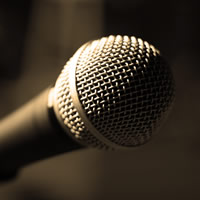 Dave Morgan is a dynamic speaker who captivates his audience with his amazing story of redemption.Dave’s brokenness began at a young age with the diagnosis of a learning disability.Dave allowed the diagnosis to become his identity and dropped out of school after only the ninth grade.Feelings of worthlessness and stupidity contributed to Dave’s depression;it was the catalyst of what would be a downward spiral for Dave.Dave’s frustrations turned to anger and his relationships with his family.Dave found an escape from his brokenness in a dark world of drugs and alcohol and gang affiliation.He lost everything!He lost his marriage, his son, a his freedom to choose sobriety! But a miracle happ

Be the first to review David Morgan