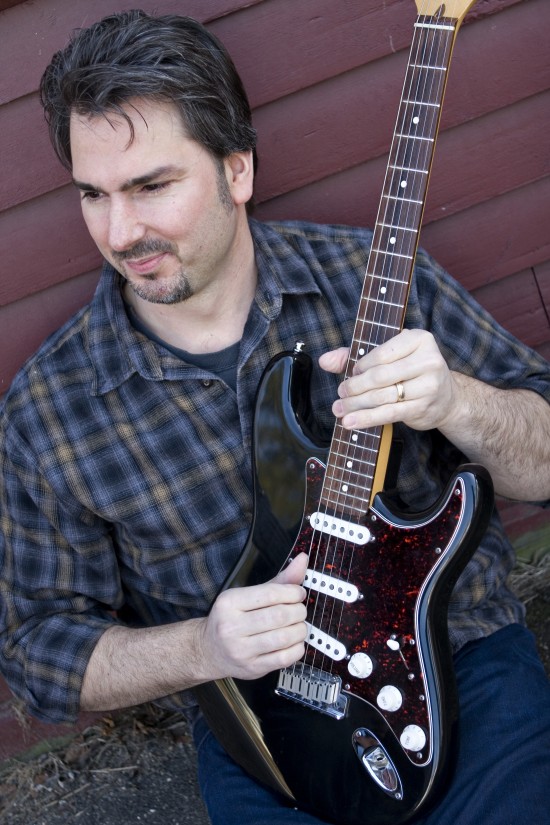 Damon John Wade, can provide the highest caliber of entertainment for your special event. Whether performing solo acoustically or with the Damon John Wade Band, he has the flexibility to provide exactly what you need. Performing through out New England for the past twenty years Damon has the experience to work with you to make your event a success.

I hired Damon to play at my son’s graduation party/family reunion and he did an outstanding job. Everyone commented on what a terrific musician he is and he played an excellent blend of pop, jazz, and soft rock. I have another graduation party this year for my other son that I will be hiring him to play at as well.

Born into a musical family in Easton, CT, Damon John Wade began guitar lessons at the age of seven. His parents bought him a guitar and lessons at that time. While becoming well versed in many musical styles, Damon’s heart gravitated toward both blues and piedmont blues.
Later when in high school, Damon recalls, “I had a cool teacher named Ed Chervansky who taught me how to play the blues. I really didn't know what blues music was but I liked playing it a lot more than practicing how to read music! I continued lessons with him for a year while playing with friends in garage bands. I was continually honing my skills and working on what Ed taught me. When I graduated from high school I decided to get serious about music.” At that time Damon began his formal training at Five Towns College, a music school on Long Island, New York where he earned his degree in jazz performance and music education.
Damon recalls, “Early on I knew who Robert Johnson was and listened to his music, but I didn’t quite understand it. It wasn’t until I discovered Skip James and listened, practiced and learned over and over again that the light bulb finally lit. That’s when I completely fell in love with this musical style. It’s simple, yet complex; both raw and strong, like a Jimi Hendrix solo; yet tender and weeping. Man it just gave me goose bumps and still does. I thought to myself, ‘I have just discovered the holy grail of American music.’”
Honing his guitar playing and songwriting skills, he has discovered a fresh new blend of American roots and contemporary folk music. Damon creates a beautiful balance between his guitar playing and singing that compliment each other like a mating dance between peacocks.
Since graduating from music school, Damon has been in and out of many types of bands: blues, rock, funk, soul, folk, jazz, r&b, top 40, wedding, cover and jam bands. But the one thing that never changes now that he's found "his voice", he’s always learning and seeking to improve his skills.