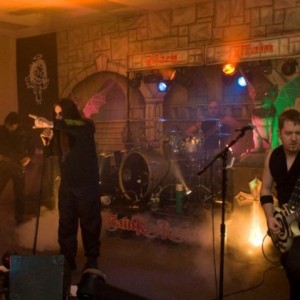 Be the first to review Crazy Train

Stephen first picked up a guitar at age 8 and figured out a couple of songs only to realize that he was playing the guitar backwards. To this day he is an upside down lefty. In his very first band the set list was half Ozzy songs out of pure love of the music. His band Flesh has toured nationally, released a major label CD and has a fan base to this day . His band Super Zero gained international success with releasing 2 CD’s and touring Japan . Rocking the music that Fired up his original desire to play, Crazy Train is exactly the place Stephen belongs!

"lifelong Sabbath fan", Doug cut his vocal teeth doing five years of hard time with the original lineup of metal band Insolent Bastards out of Fitchburg. During this time he met his vocal coach, the incomparable Jacque Chambers, then of Essex MA, who more than doubled his range and put him on the road he travels today. He honed his talents with the beer band "CHUG!" which exceeded all stated goals and expectations. DOUG is focused and determined to deliver a true OZZY experience as he pays homage to the greatest Rock-n-Roll Rebel of all time - OZZY!

From an early age, Jeremy began listening to the likes of Ozzy, Black Sabbath and Metallica. The playing of Ozzy's guitarist, Randy Rhoads, first inspired him to pick up the guitar. For the next fifteen years, he dedicated blood, sweat and tears to sharpening his skills on the guitar. After years of playing in garage bands, he formed the metal band Chimpira with friends while studying at the Berklee College
of Music. The band saw moderate success as a national touring act before Jeremy returned to Berklee to finish his degree. After a seven year hiatus from gigging, Jeremy looks forward to bringing the madness back to Ozzy fans of the East Coast!

Got his first drum at 7, which was soon covered in pencil marks since his parents "lost" the sticks that came with it! Since then the goal has been to be bigger then life, from his 6'4" frame to his custom built 26inch Bass Drum. Whether playing in various cover bands, or creating his own "dancibly thick" complex rhythms in original bands...the vibe from the street is, you know when Mox is playing drums! 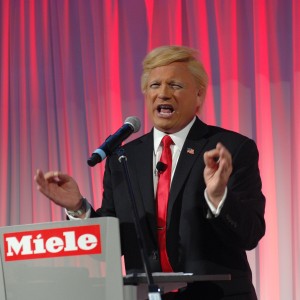 Ali G. said “Booked John for a job, and he was super funny. He custom wrote a script for our event, and included the VIPs directly so it was very interactive...everyone…”