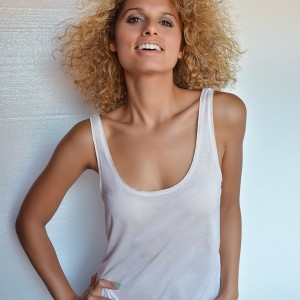 Expect nothing but a high energy experience with amazing soul. Courtney delivers an amazing performance for any event. With a fantastic mix of new school and old in her repertoire, everyone will be able to sing and dance along.

She is currently writing and recording two musical projects of her own and would love to write for others.

In the past, she has performed in front of hundreds, at events like opening up for Universal Artist Confession Kills at Houston's Stereo Live, bringing down the house at the legendary Fitzgerald's as well as singing the National Anthem for the Houston Astros.

Be the first to review Courtney Locke Entertainment

Natural confidence onstage with an engaging attitude. An alluring personality that will have your audience up and dancing whether it be an upbeat classic or memorable ballad. A big voice that can sing the Greats and have fun doing it. Courtney has up to 3 hours of cover and original material available for any venue. Equipment needed or provided or dependent on the venue.

Courtney Locke is a Houston born, singer-songwriter and dancer. She delivers an electric performance with a great balance of old and new to ensure everyone in attendance will be singing and dancing along. Courtney caters her shows to her clients and venue. She can be seen engaging her crowd with a note and look, performing with her group of dancers or with a full band.

Past performances, most recently, include opening up for Universal Artist: Confession Kills at Stereo Live in Houston. 2014, started off great for Courtney, performing original material to a huge crowd at Houston's Legendary venue, Fitzgerald's. She has received almost half a million views on (link hidden) for her rendition of "Burn" by Ellie Goulding and currently writing and recording two music projects. Her songwriting style varies from upbeat, energetic but melodically dark pop with thought provoking lyrics to an accoustic, pop rock sound. Her projects will be released soon.

Courtney has also had the honor of performing the National Anthem for the Houston Astros, Sugarland Skeeters and Katy Ruff Riders as well as performing a half time show for the Ruff Riders. Over the years, she has performed at several weddings, coffee shops and festivals such as the Katy Rice Festival, Houston's Best Pop Singer Competition, Miss International Pageant's Fundraiser for Haiti, Cocktails & Courtney: A Fundraiser for Give Kids the World, Hempstead Watermelon Festival (where she took first place at the talent contest as well as performing) and the 2013 & 2014 Houston PRIDE Festivals.

Courtney, having a musical theater background, has played lead roles in "I Do, I Do;" "Company;" and "The Vignettes Show." She has also had co-starring roles in "Guys & Dolls" and "Anything Goes."

She can provide classic wedding ballads, original songs and hits from decades past. Courtney Locke is available for special events, weddings, festivals, lead and background recordings as well as songwriting. Courtney is also a dancer and actress, available for live performances, music videos, Theater, TV and movies.

Courtney will work with the client to customize her show to their special event. She will create a night of magic that everyone will be talking about for weeks.

Book Courtney Locke for your next event and you will not be disappointed.

To be discussed with client