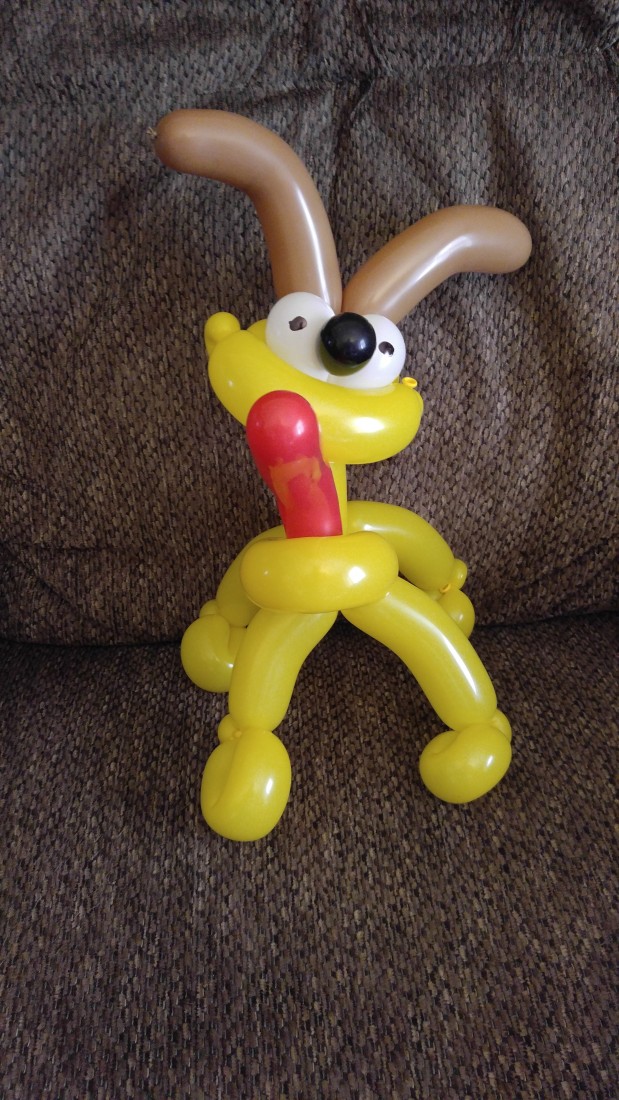 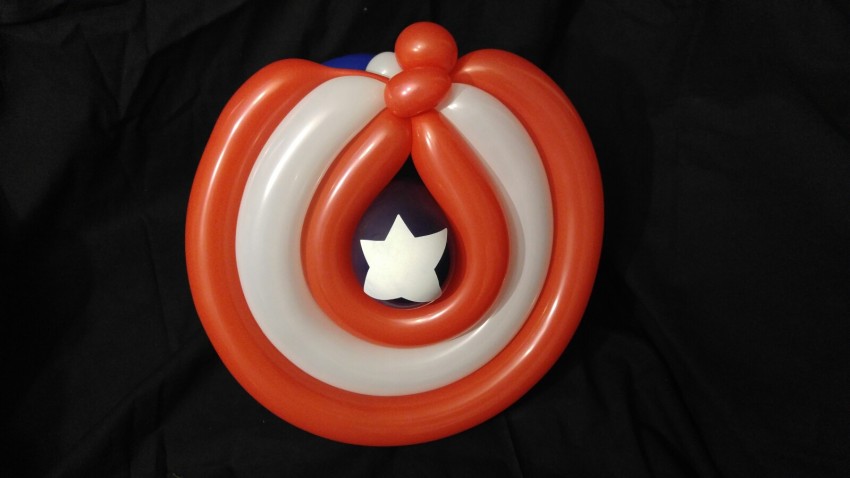 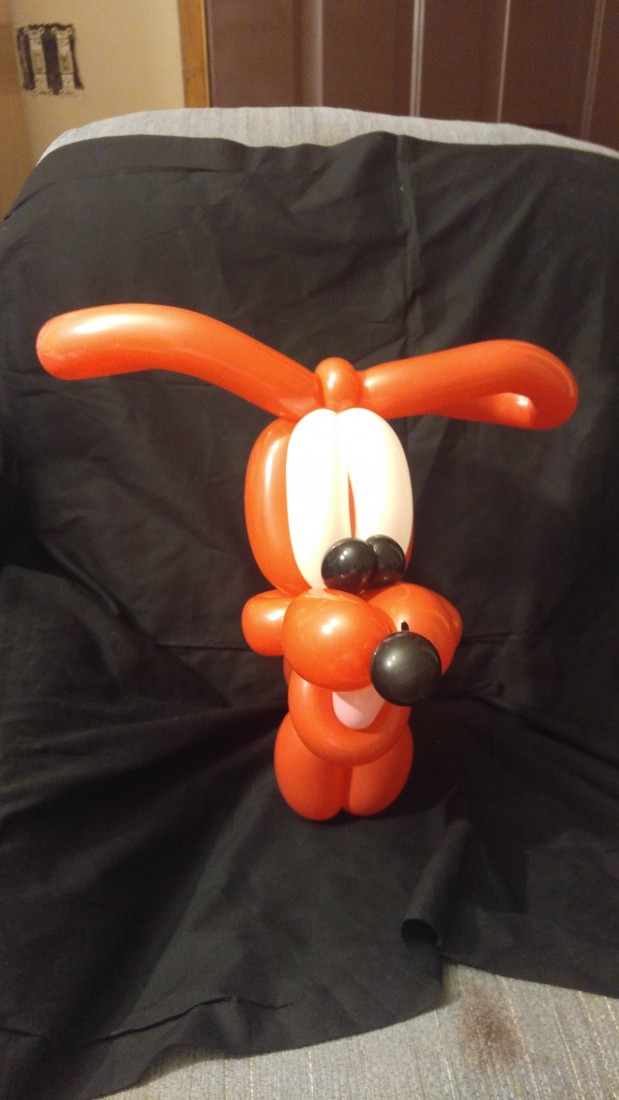 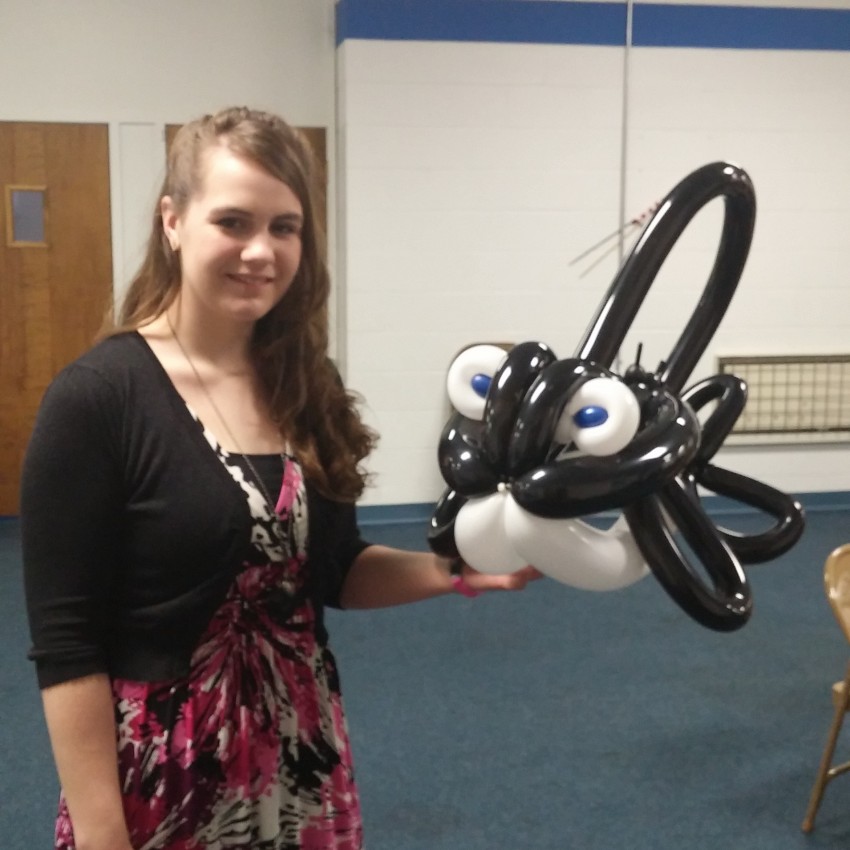 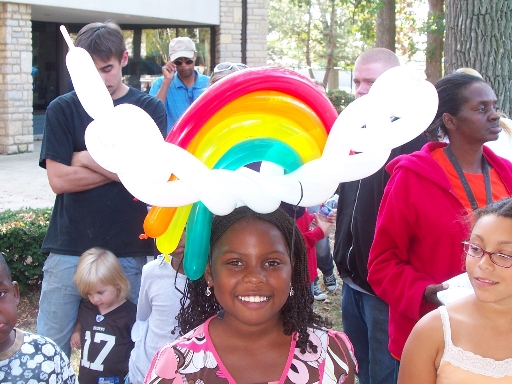 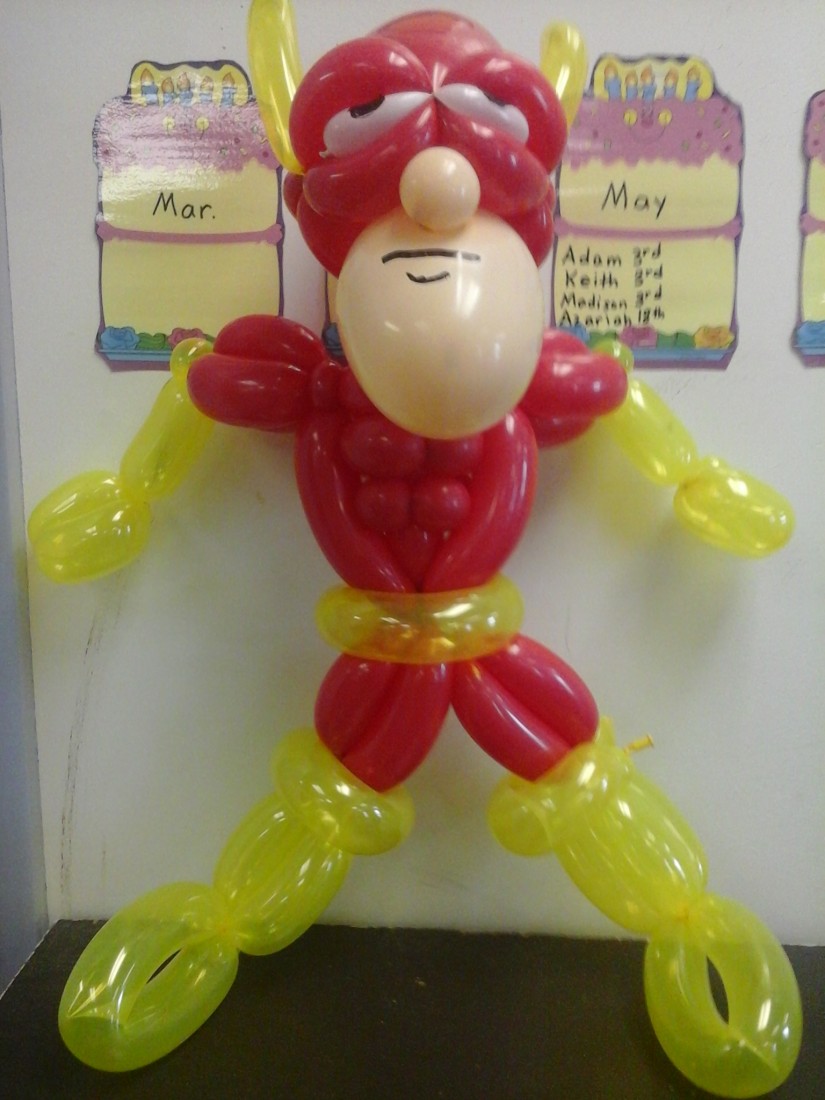 The Party Pro is a master balloon twister and able to inflate and twist 100 simple balloons or 25 large creations per hour. He is a line twister and does not do a show.

He is perfect for corporate events. Fairs, trade shows. Church events and yes. The birthday party.

Call the "Party Pro" today and have a party in the city! (TM)

Steven was on time and professional. And the kids all loved his balloons. My favorites were the Pink Panther, ET, and the woven crowns.

Thank you Kay. I enjoyed myself and had fun with your guests too. Thank you for hiring me.

Creative designs, efficient, and kept making balloons even when kids were not in line! I appreciate that work ethic

Thank you for the review. I enjoyed your event and was well recieved by your customers and guests. Thank you for hiring me.

Couldn't have asked for better service

Polite. Professional. And entertaining. My daughter and all the kids were in heaven with all the balloon animals.

Quality Service by a Quality Individual

Steven provided funtastic entertainment for the kiddos at our Summer Feeding Kick-Off! He came early, stayed late, interacted with the kids and adults and provided incredible balloon art. We will certainly look to use him again!

Steven was easy to work with and did a great job!

Thank you Katie. I had a great time and so did the kids. Thank you for hiri g me the last two years and I hope to see you again next year.

Steven Phillips has copies of his 2015 FBI\BCI background checks available for download from his web site or can be emailed to you either way. He is the only entertainer he knows of in Ohio that uses the FBI\BCI fingerprinting checks. Most entertainers who boast a background check only provide a $7.00 Internet check. This is updated every other year. February 2017 will be the next updated check.

He shows up 5-10 minutes early and is self contained and ready to go almost immediately. He only needs a shady place in the summer and a dry place in rain. He normally brings his own chair unless provided. He wears an apron with all the balloons he needs.

He engages with his crowd telling jokes and stories. He is an affable entertainer. He is a clean entertainment and does not do blue material. He is appropriate for the squeekiest of clean and would be appropriate for an event hosted by Mr Clean himself!

Steven Phillips started working with balloons in California while working at Disneyland. He was in a parade called "America On Parade" and performed for Emperor Hirihito when he visited the United States as well as Red Skelton, Annette Funicello and was there at the start of the New Mickey Mouse Club with Lisa Whelchel. He got his desire in balloon entertainment by watching Wally Boag almost every day at the Golden Horseshoe Review. Known as the longest running live stage show in history. Wally taught Steve Martin balloons when Martin worked at the Main Street magic shop.

Steven then moved to Ohio where he traveled Ohio, Michigan, Indiana, Illinois, Pennsylvania, West Virginia, Virginia and Florida with his balloons. He is Columbus' Premier balloon twister going all the way back to the late 70's and early 80's and even into the 90's where he was the primary balloon twister working most business events.

Steven is a "Clean Entertainment" providing fun family entertainment with his balloons. He does not just sit or stand there cranking out balloons. Although as a speed twister making at least 100 simple balloons per hour, he could. No, he will engage with his crowd letting them participate in the entertainment. He will ask questions, tell stories and jokes. He is an awesome balloon entertainer.

Steven is professional in his business and his appearance. He will wear a tuxedo vest for black tie type events. Casual golf style shirt with dress pants for most other events that are casual. He does not dress in sloppy shabby clothing.

The Party Pro is almost completely self contained. He wears an apron with his balloons and carries a folding chair to sit on.

He is the only entertainer he knows of that still accepts full payment on the day of the event. Cash check or credit card. He also provides an invoice upon scheduling him that can be paid securely online if you wish to. But again, he accepts payment on the day of the event. Once the event is over by the end of the day, depending on how busy he is that day, he will issue a digital receipt by email or text.