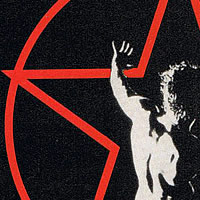 Created in the Winter of 2013 Performing classic Rush to new Rush.

Chronicles is an awesome Rush Tribute Band. Their performance is "on the money" and Elizabeth Aylsworth really makes the band - She is a great lead vocal !! Saw them at a local Bar/Restaurant in August 2013 - (not sure of exact date.)

Thank you for the kind words and great review!!! We will be back at Dudley's on Saturday, October 19th.

Elizabeth Aylsworth is a classically trained singer with a passion for all things rock and roll. She has been a Rush fan since she was ten years old and considers it an honor to sing Geddy Lee’s vocal parts.

Vinny Manfredi holds multiple degrees in Music Education and Guitar Performance. He considers playing Alex Lifeson’s parts to be not only a return to his roots, but a great challenge to recreate it faithfully.

Warren Kitt has, does, and will play with everyone. He has been referred to as an Encyclopedia of Rock, as well as a Human Juke Box. In addition to playing with CRT, he is also working with, "Looney Tunes the Alice Cooper Show".