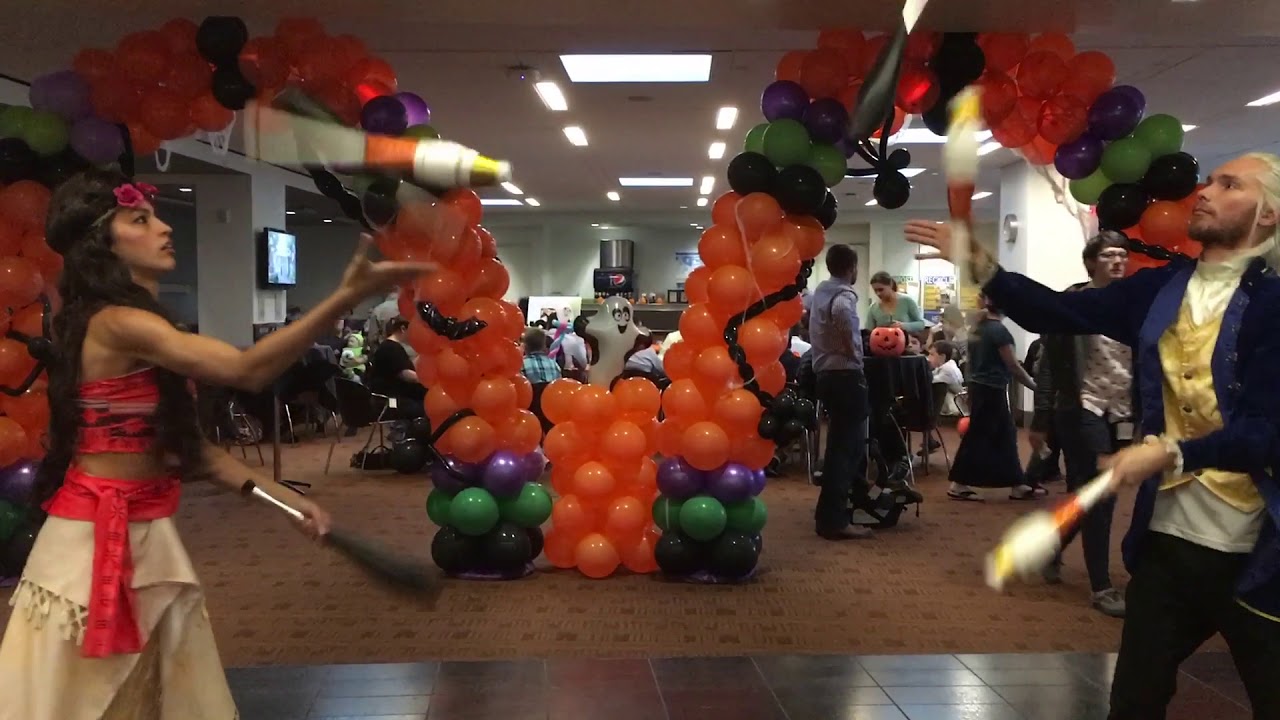 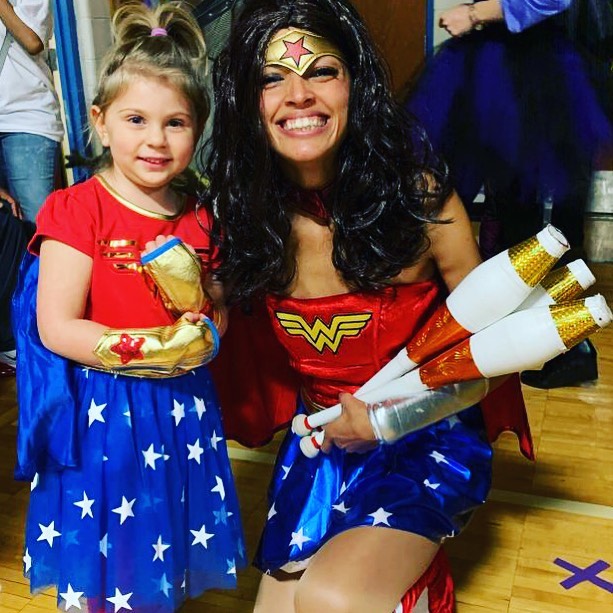 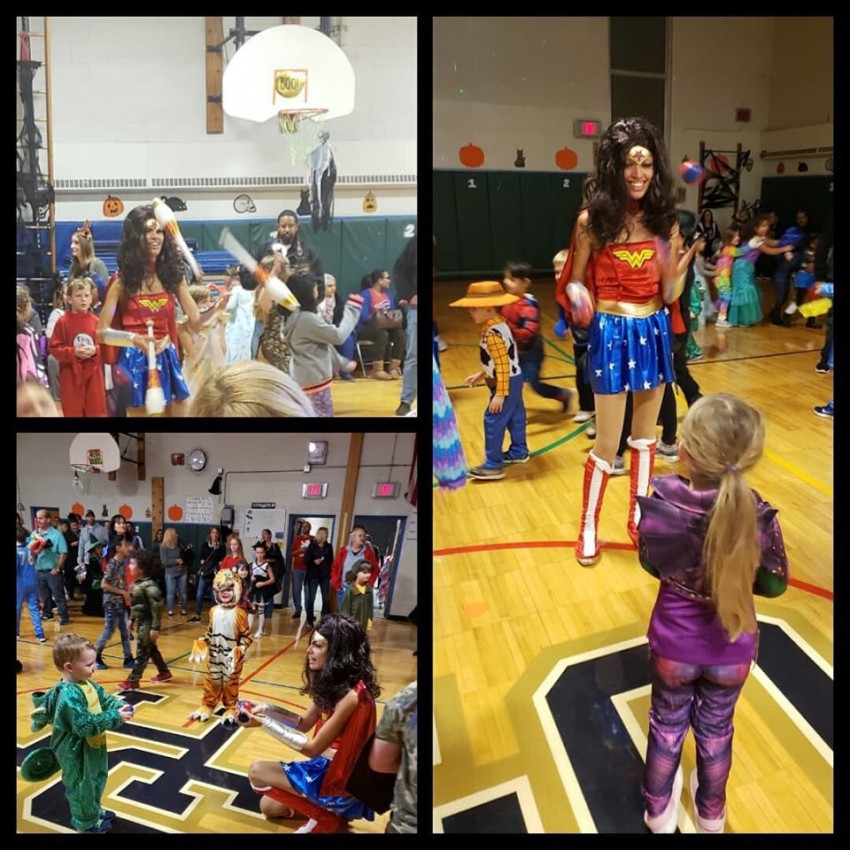 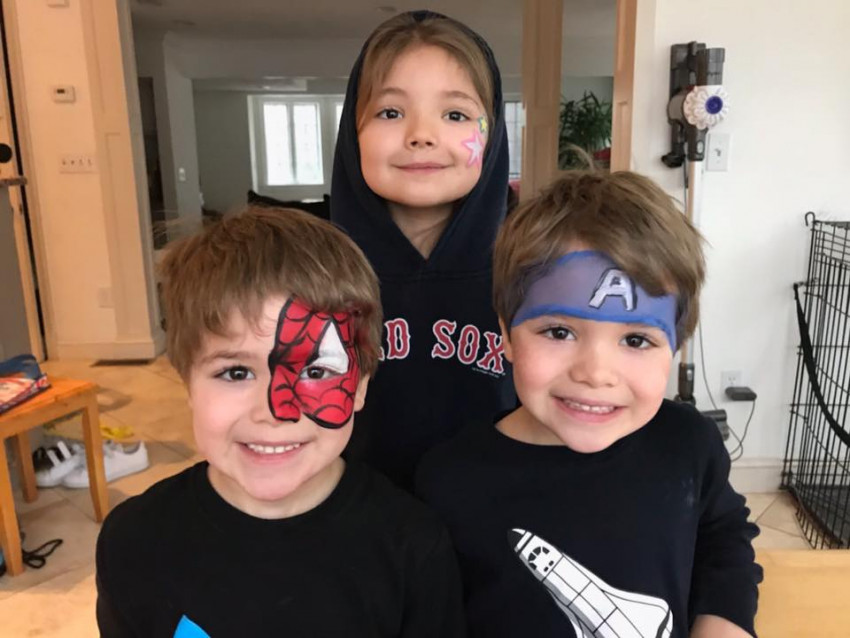 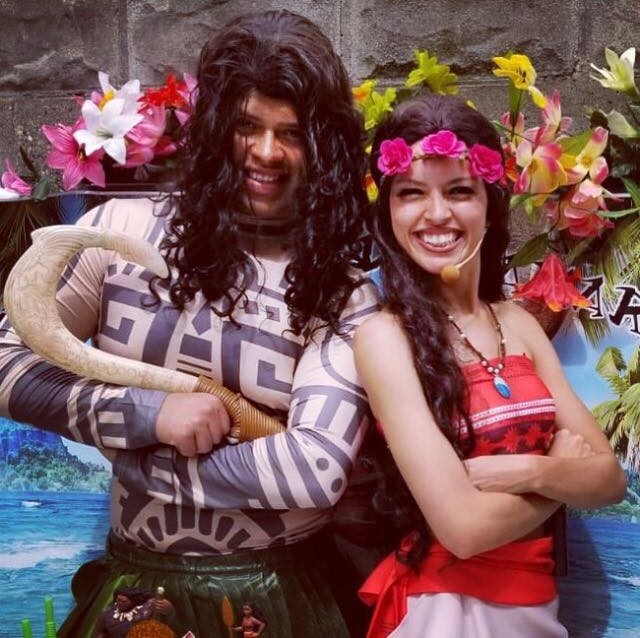 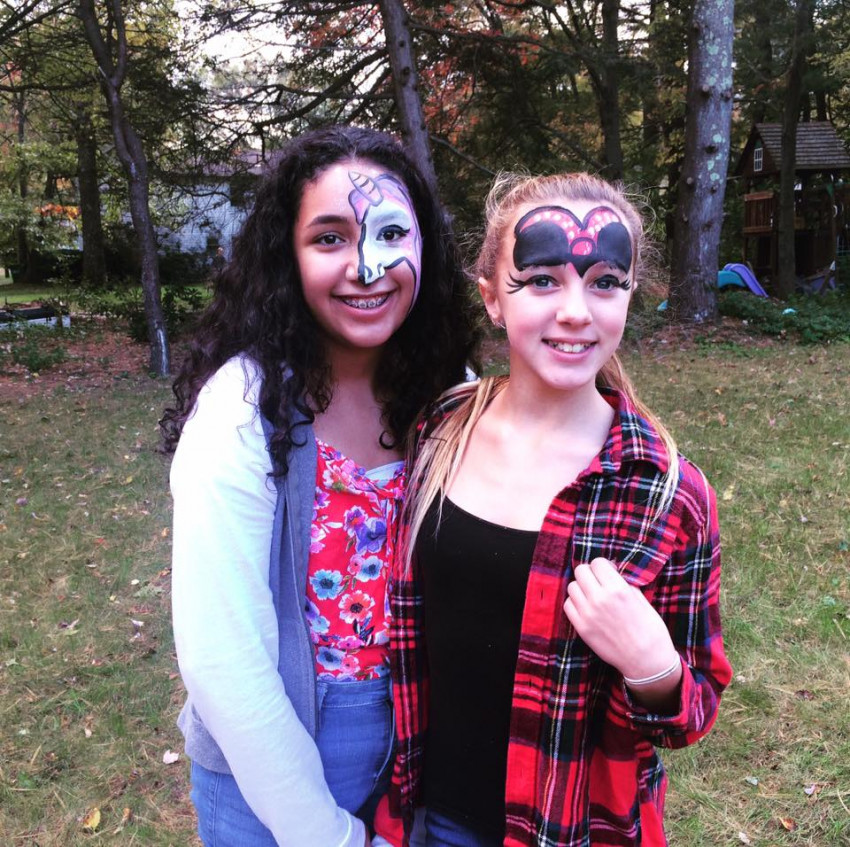 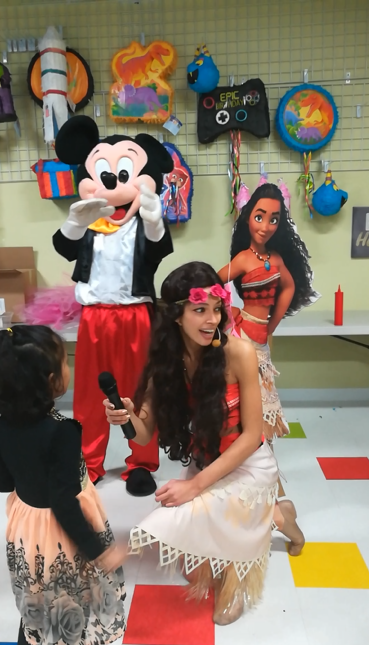 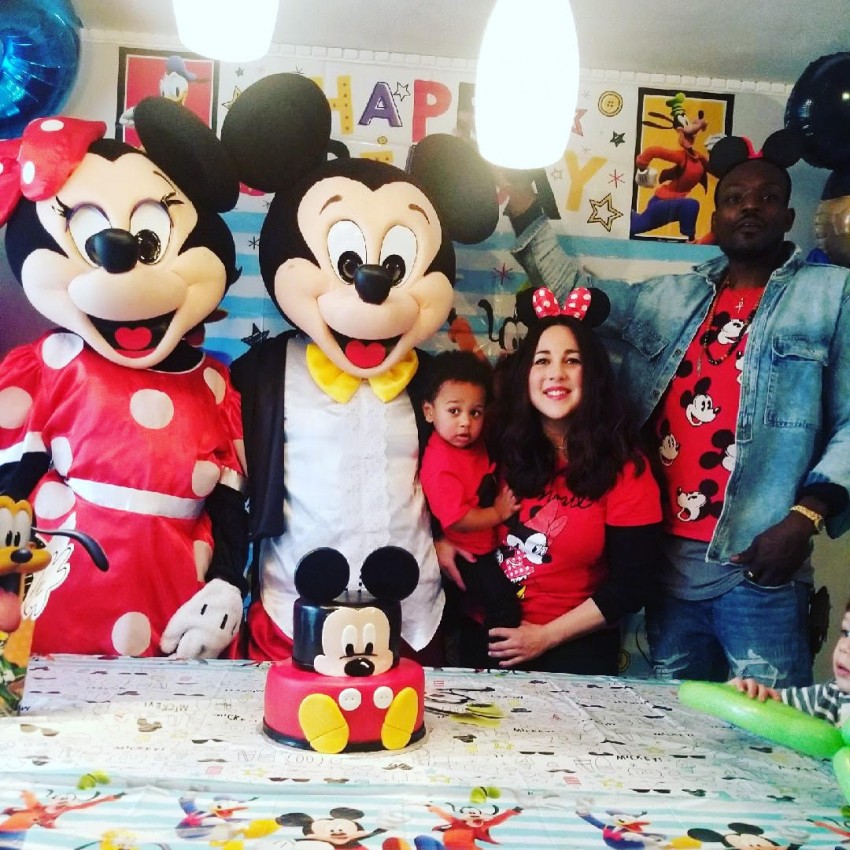 We are willing to travel long distances with stipulations.

The mime was a hit at the b'day party, everyone young and old loved her. She was so much fun I would have her at my next party. Thank you GigSalad. Nancy Thompson

Hi Nancy, we are so happy to hear that everyone had a great time at the party! We are looking forward to joining you again next year! Dayane Araujo - Chica's Party Entertainment CEO/Founder/Artistic Director

Professional and really great with the kids. Would have back again, was a great guy!

Thank you for your review! We are so proud of Maurice and his Balloon Twisting work! I'm glad you and the kids enjoyed it too! - Dayane Araujo Chica's Party Entertainment CEO/Founder/Event Planner/Artistic Director

So amazing and patient with the kids. For my daughter birthday we wanted the balloon twister and Minnie Mouse. And couldn’t of asked for better ! Definitely will be using Chicas Entertainment again in the future

Thank you for your review, I'm glad you and the children had a great time! Best wishes to you, Kayleigh and your family! We are looking forward to joining you again in the future.

Chica is very professional and the kids loves her. We highly recommend her for any party!

Hi Sarah, thank you so much for the review!
I'm glad you enjoyed everything, the kids were great! Aiden is such an adorable and happy child!
I'm so glad to have been part of his day celebrating his 1st birthday! Thank you sharing this photo!

Kids like the event a lot .
Moana princess was fantastic.

Hi Sumit, thank you very much for your review!

It was a beautiful event, the kids were great! We had a great time!

The person was great and very friendly

Hi Guillermo, it was a beautiful event!

We appreciate your review!

Professional, on time, friendly, great music. Face painting was huge hit and fun juggling show. Chica was super easy to work with. I definitely recommend her and would use her again!

Very sweet woman good with the kids, patient. However expected her to be a bit more involved with the kids. At times she seemed she or timid. Would have lik d to have seen her dance, play, interact more with the kids. Tell jokes be silly. Otherwise she was very Sweet with the kids.

Only good things to say about Dayane. She was very easy to work with, able to do the party on short notice, replied quickly to all emails and arrived on time. She was able to stay an additional 30 minutes which was unplanned in order to get everyone a balloon animal, which was a big hit with the 3 year olds at our party. We were very pleased.

Very good will hire them again

Hi Sasha, thanks for the review! I really appreciate it!

She made our daughters party POP!

I cant say enough great things about the wonderful job Dayane did! She arrived a few minutes early and set right up. She brought a great little sound system with kids music that the kids loved. She got right to work making ballon animals for all the kids and even stayed a bit past her scheduled time to make sure everyone got one. She was happy and pleasant and dressed very appropriately. I cant thank you enough for making our little Mia's party a success!

Hi Nicole, thanks for the review!
I'm glad you enjoyed the balloon twisting and the music. The kids were great and I'm happy to have made little Mia's day special!

What a great entertainer!

Chica's Party Entertainment was fantastic! She was very professional in the pre-event communication, arrived early, and was great with the kids. It was the first time seeing a mime for many of our kids and they really enjoyed it. They also loved the face painting after the show. I was very impressed with Chica's Party Entertainment in all aspects and highly recommend her to all.

Cory Gill, Thanks for the review! I had a great time at the event, it was very well organized and everyone was very welcoming. The kids were great, I had a lot of fun doing the show and I'm glad they enjoyed it too! : )

We like to work with our clients to make each event special and unique. Let us know what you are envisioning and we will start the brainstorming! The more we learn about your event and honoree the better.

I started taking dance classes when I was two years old. I joined a chorus group at the age of 10, and then I started taking private singing lessons as well as acting classes and later, circus classes. Throughout my life I did jobs such as dancing, TV commercials, modeling, acting, etc.

In 2011, I joined a professional Musical Theater Company and had the opportunity to travel and perform within Brazil and Chile performing in plays such as “The Wizard of Oz”, “Peter Pan”, “Beauty and the Beast” and “Snow White and the Seven Dwarfs”.

I have always admired the circus arts and in 2013 a close friend of mine had introduced me to juggling! At first, I thought that it was very challenging and some tricks seemed impossible to reproduce, but I realized that if you continue to put time to it, stay persistent and continue practicing you are going to see results and improvement. Especially with that trick that might seem impossible at first, which in the beginning, is juggling even three balls! With effort and dedication these tricks become much easier, and soon enough, you will be ready for the next challenge: juggling balls that are on fire!

In that same year of 2013, I moved to Boston and continued to practice on my own until I found out about the MIT Juggling Club which meets every Sunday. I joined this club and started practicing with them every week.

Juggling for me was a lot of fun, but I did not have high expectations regarding it. My attitude changed one day when I met a few people who worked professionally as jugglers and party entertainers whom then invited me to do gigs with them. At first, I was hesitant, but I accepted their offer.

I have never stopped since then. I learned how do face painting, balloon twisting and I started putting my skills together and adding my own personality to them.

While doing parties and gigs I feel so much joy, it’s such an incredible energy being around children; how simple they are and how appreciative they are of the simplest things! I started to remember my own childhood – the more parties I did the more vivid my own childhood memories became.

When I was five years old my mom hired two artists to perform at my birthday party, and they had me interact with them on stage. This had a lasting impact on me. I remember how special that was for me and I felt really inspired by those performers. As I got older I started to create things such as choreographies, puppet shows, and my sister and I would even perform on our birthdays, our parent’s anniversary and family reunions. I remember how much joy I felt and the urge to deliver that same joy to others is what inspires me the most.

I decided I wanted to follow that path, that’s when I founded Chica’s Party Entertainment in 2015. For me, it is very important that children live their childhood with joy and innocence which is the essence of childhood. I hope to continue to create great memories and help inspire them to remember what it is like to be a child.

As my favorite quote says, “Never forget your inner child”.

Chica's background is in Dance, Theatre and Circus Arts, and has been inspired by many artist-friends and family in the field - My mother, Rute Araujo used to be a Dance teacher, she first taught me how to dance when I was 2 years old. Rogerio Matias, was my first Artistic Director and taught me so much in the Performing Arts and helped me get out of my shell, so did Jefferson Ventura. Fabio Venturini was the one who inspired me and first taught me how to Juggle. Avner the Eccentric who I had the honor to meet and see performing live and his wife Mrs Julie Goell, RIP brought me big inspiration as artist and in life. My friends Casey, Sara and Reid and Circus House. I am very grateful for the inspiring artists that have crossed my path and to the ones that will do so in the future. Thank you very much.