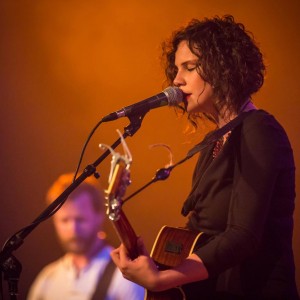 Fronted by singer-songwriter Ashley Dudukovich, Chasing Jonah is a Florida based alternative / indie rock project. Hailed for her wide range of vocal ability, Dudukovich is the original writer, lyricist, and composer of the project. After raising over $15, 000 through Kickstarter in 2013, Chasing Jonah released her debut album “Prelude” in May 2014. This collaborative and fully-orchestrated project produced by Brock Berryhill and Evan Coffman brought with it a critically acclaimed music video and launched an unexpected, whirlwind tour.

Be the first to review Chasing Jonah

Frank C. said “Booked Chris for a couple hours for my wife's 50th birthday party. Chris was there early to set up; was able to quickly adjust when we had to move him…”