Assurance with Positivism! that there is some hope for us all, because when you believe achieve receive success (BARS) more can achieve some success like Mr. Best. The BARS of isolation can become an opportunity as for us! Your humane belief can engage & thrust you to do more, than the terms in the negatively imposed disability environment, legally allow!

Be the first to review Challenged Conquistador

They'll be amazed at my relearning to walk, talk, use my hands, fingers, legs, brain, etc. I was headed for an institution at 12 & the state of Arkansas wanted to institutionalize myself before I left last year, 2016. They do not like humans like myself, being independent! My entire life the rehabilitation world has discarded, everything I've done as worthless. This is the reason I have no job today, because they've been unable to find a field, where I can be productive. I can demonstrate we all have relearnable skills & can succeed. I can demonstrate cooperation when treated humanely vs. like a dog or object of no value. Ability to learn as I've done with 2 college degrees, however no employer is yet to employ?
I can follow instructions since encourage others of what not to do when riding bikes, ATV's, horses, etc., ensure helmet usage! Many parents reject accountability with children, but God allowed when allowed youth! You must protect their brains until 18 or 21, accept! This is a life & death area, no time for horse play!

I was born with cogential-heart failure in 1965 at Arkansas Children's Hospital requiring open-heart surgery & had to wait until large enough for my body to handle the surgery to endure new surgery in 1969. Then in 1977, I was hit in the head by a truck wearing no helmet, causing a 3-month coma, which has resulted in 58 additional falls over the last 4 decades & at a cost exceeding $5 million dollars with no substancial employment even with two college degrees both from the University of Arkansas in 1993 & Southern Arkansas University-Tech in 1985 & growing daily. I wrote a book: The Best Quest to detail the shame of a non-productive live with 58 falls & no successful employment, however I've maintained a optimistic perspective with my linguistic intelligence noted by Harvard in the book The Unschooled Mind, H. Gardner was referenced by Dr. Flemister, Ph.D., of Southern Arkansas University in 1996 & Dr. Martin EP Seligman of the Positive Psychology Center.

I started the Challenged Conquistadors, Inc., in 1992 at the University of Arkansas in Monticello to promote the wisdom of wearing helmets when biking, authoritative proof of recovery, positive perspertive of self vs. disability environment terms, i.e., injured, disabled, retarded, handicapped, etc., thus less harmful terms in society today. We activate, demonstrate, educate, initiate, motivate, stimulate, & validate that some cognitive challenges can be conquered, as I've proven! Or why would I have been asked to speak worldwide including 1995 Kappa Delta Pi International Honors Society-lead presenter beside Gardner of Harvard who spoke on our Multiple Intelligences, Nominated 1996-97 Harvard's Program in Ethics & the Professions, 1997 nominated Arkansas Governor's Commission on people with Disabilities Teaching Scholarship, 2013 JW Gardner Leadership Award, 2013 contribution to MedPage Today on "New Care Models Look at Social Factors in Health", August 8, 2016, discussed concussion on KNOE, News Channel 8, Feb. 2, etc.

In 1996, The Challenged Conquistadors, Inc. were referenced to Gardner's book: The Unschooled Mind by Professor Emeritus Ida Flemister. 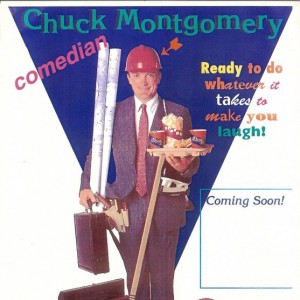 Jennifer A. said “Chuck was very entertaining, to the kids and parents alike. He handled the rowdy crowd of 8 year olds nicely and rolled with the punches. I would definitely…”

Lacresha B. said “Our experience was amazing we loved DJ Wayne he kept us on our feet dancing and very much so entertained. We wasn’t ready for him to go. I will book…” 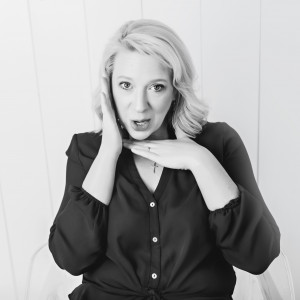 Carrie B. said “Amanda developed and executed a comedy set that was personalized to our team and the volunteer positions they hold. She was family friendly and a joy…” 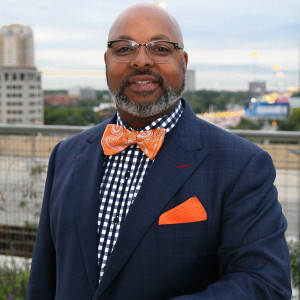 When you know what you want, and you start being intentional about it, road blocks move, alibis go away and opportunities start coming your way. You no longer eat…