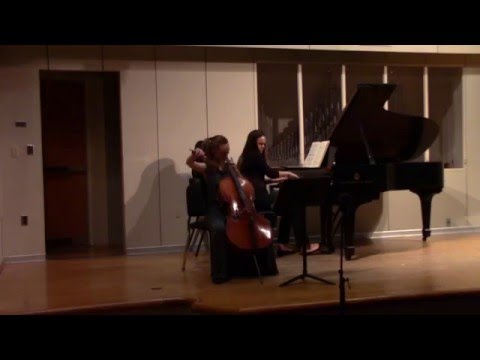 Bach Suite No 1 in G Maj

I am a classically trained cellist. I received my Bachelors of Music degree at Cincinnati Conservatory of Music and the Franz Liszt Academy, and my Masters of Music degree from McGill Schulich School of Music. I teach private lessons to people of all ages, play at weddings, private parties, restaurants, and other events! I am very punctual, flexible, and responsive.

I hired Leah and three other musicians for a concert given in front of a full hall of 300 people. She played beautifully. I have also heard Leah at recitals in Montreal and she is one of the most gard working, sensitive musicians I gave met.

I couldn't have been happier with Leah's musical services. She was on time, professional, and played wonderful cello music for our wedding ceremony.

I have a large repertoire of solo cello music (such as Bach suites,) but I also take requests, so feel free to ask for specifics. I can also bring other musicians to form duos, trios, or quartets.

American cellist Leah Plave is dedicated to performing fresh interpretations of the classics, to discovering hidden gems, and to being a voice for modern composers.

As a modern, baroque, and jazz cellist, she has collaborated with musicians such as Trio Solisti, Béla Fleck, David Braid, and Aisslinn Nosky. She is a Lincoln Center Stage artist and founding member of award-winning Z4 Piano Quartet, with whom she has performed everything from classical to jazz all across Canada, the U.S., Mexico, and Asia. In 2019, she performed the North American premiere of works for cello and piano by Henriette Bosmans and released her debut album: The Rediscovery of Henriette Bosmans.

Leah received her Bachelor of Music from The University of Cincinnati College-Conservatory of Music and the Franz Liszt Academy of Music, and a Master of Music degree at McGill's Schulich School of Music. Her significant mentors have included Yehuda Hanani, Csaba Onczay, Jean Marchand, Mark Fewer, and Matt Haimovitz. 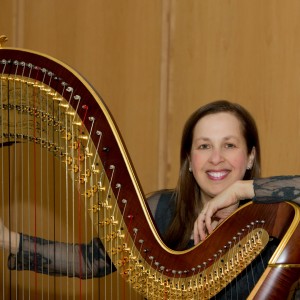 Donna C. said “Wendy was outstanding at my daughters wedding!!!! She added something so special to the service…”

Julie C. said “Chris was a consummate professional. He arrived at the time decided, was practiced, play impeccably!!!…”

Meredith S. said “Wonderful attitude for an ever changing schedule. Thank you, Jarek.”

She Plays Inc. is an all female musical events company in Toronto with a focus on strings.  Our ensembles…