I Will Covered by Carly and Martina 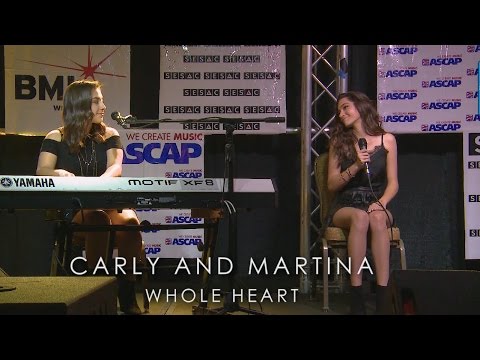 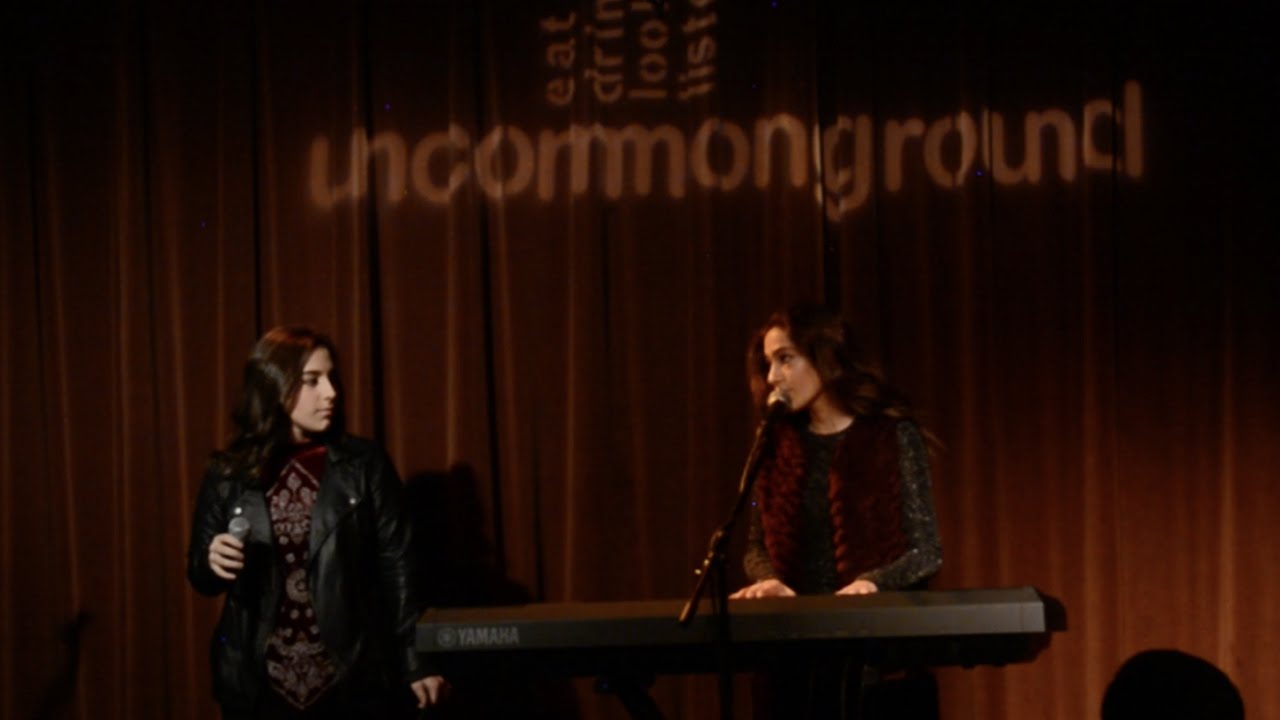 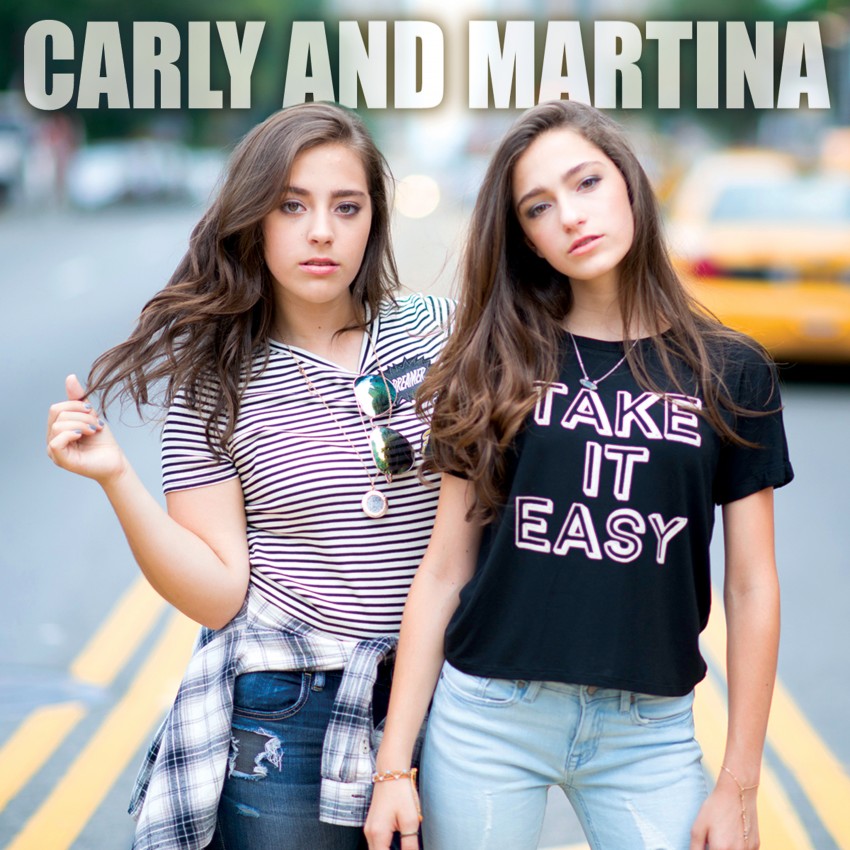 Performing at 54 Below New York City 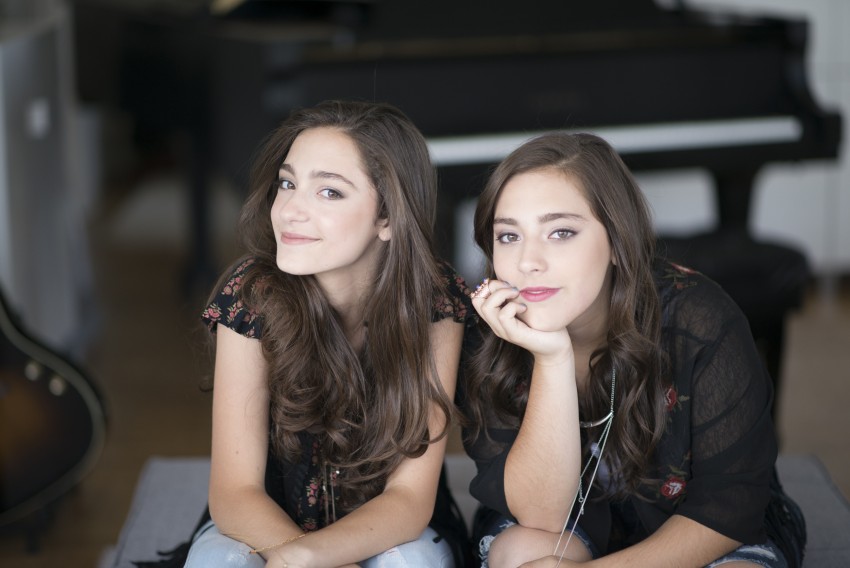 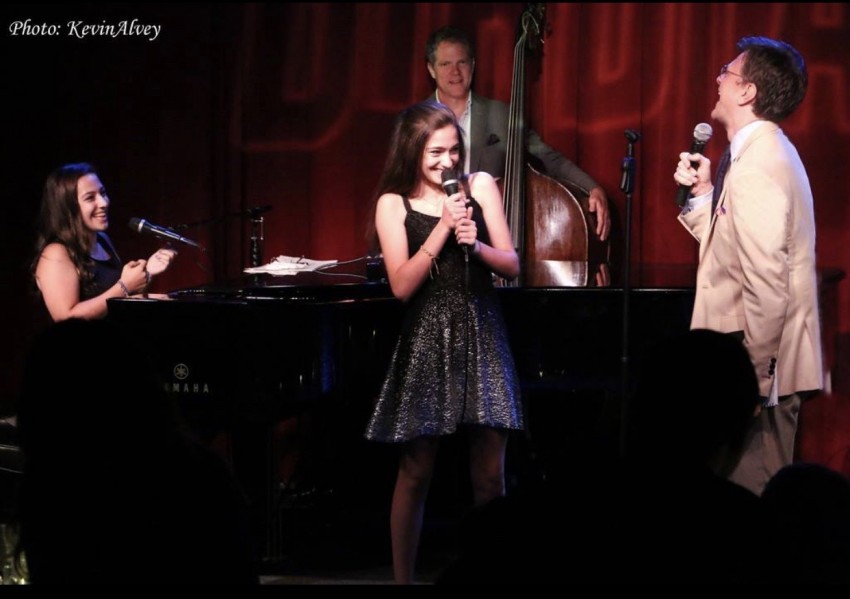 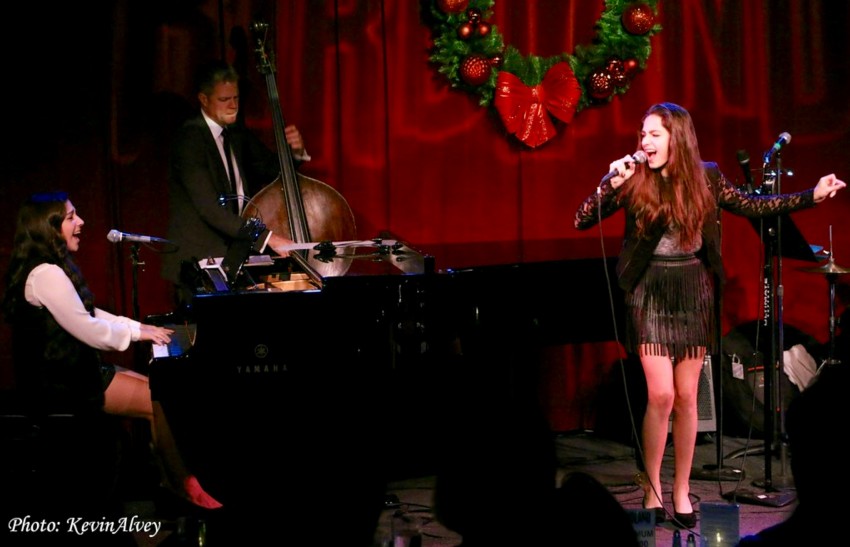 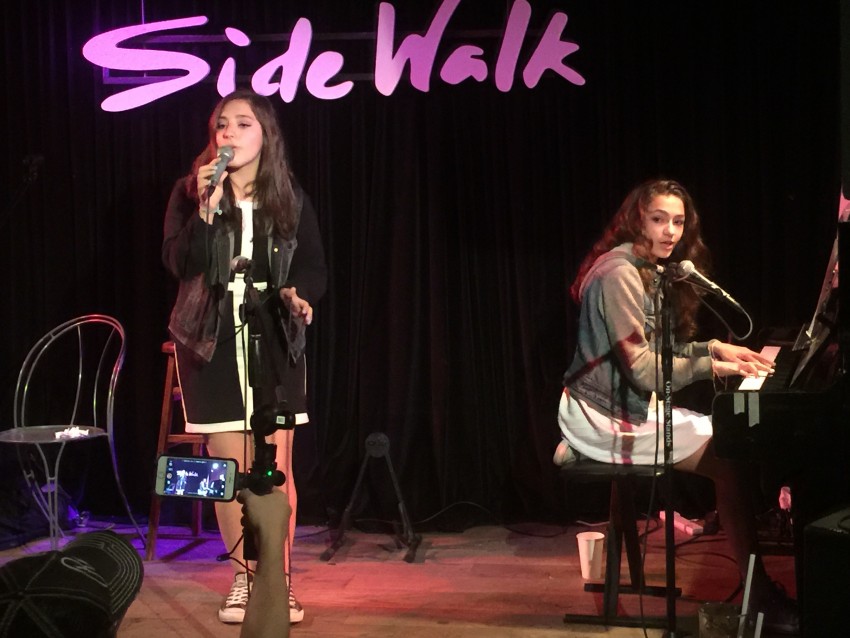 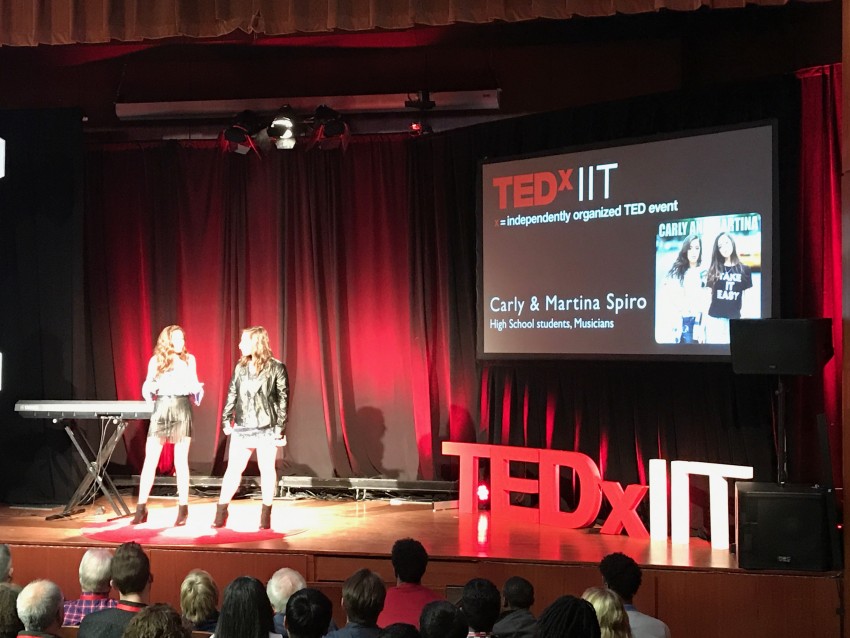 Speaking and Performing at our TEDxIIT TALK 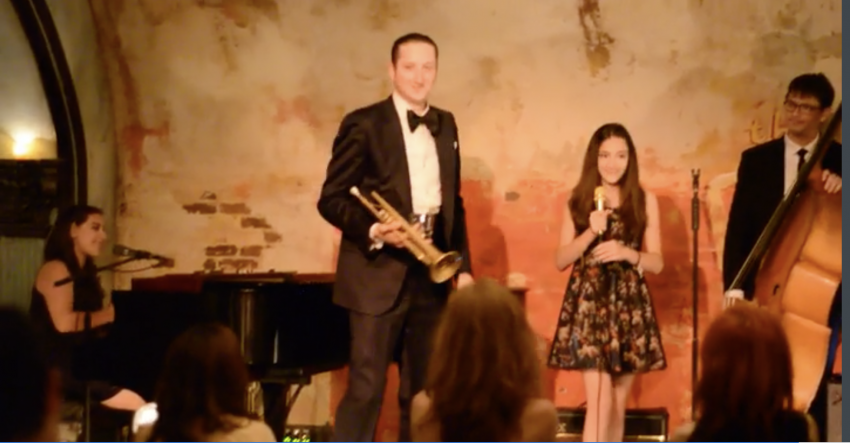 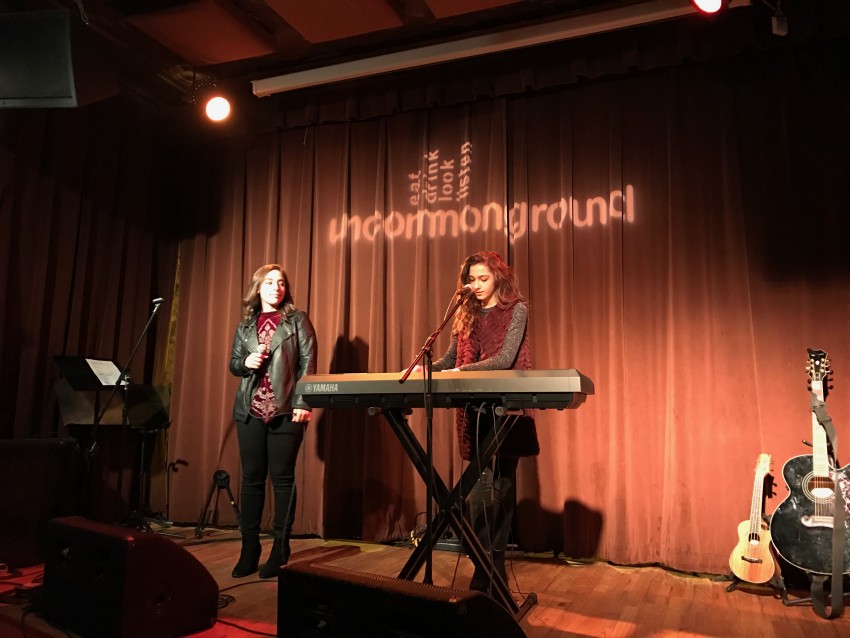 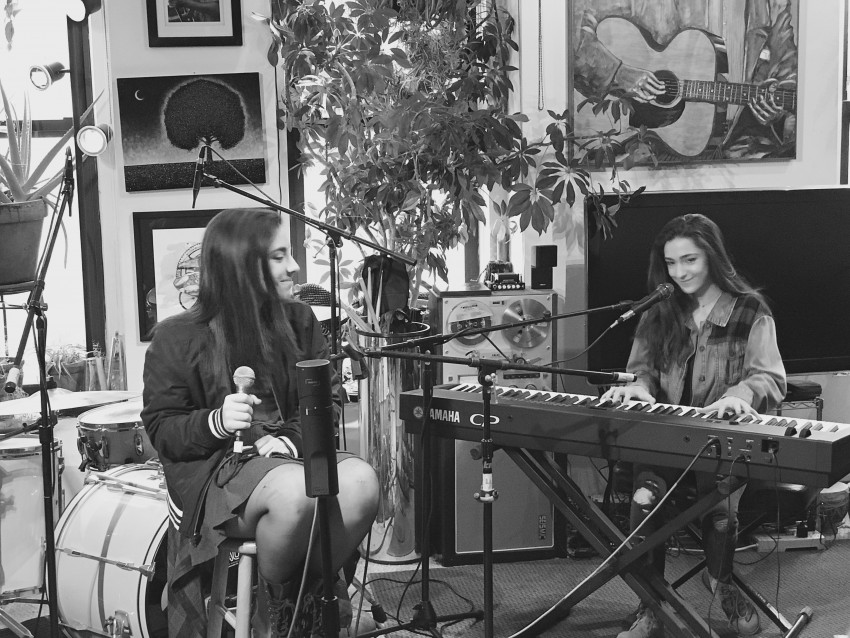 Carly and Martina are 15 year-old twin singer songwriters who have performed at over 25 venues across the US delivering powerful vocals and harmonies. They perform their originals as well as songs spanning from The Beatles to modern-day pop. Carly and Martina are top-notch performers who are available for private events, weddings, corporate events, festivals and concerts. Carly and Martina can also provide background/ceremony music for intimate occasions like private parties, anniversaries, and engagements.

Add some Piano, Performance and Pizzazz to your next Party

"Request anything and we can try to play and sing it," is something you will hear if you attend a performance by Carly and Martina. These young singer songwriter and pianists sing and play songs from Billy Joel and the Carpenters, to Megan Trainer and Maroon 5 plus they have many originals. Their fingers move almost effortlessly on the piano.
These twin sisters have harmonies that are as tight as their friendship with each other. When you attend a performance by Carly and Martina, you will feel like you are part of their family, so why not book them for your next family gathering, wedding, birthday party or outdoor event?

I have heard Carly and Martina several times, including occasions where I have booked them for a performance in a concert hall and in front of high capacity donors at a charity event. They are professional, easy to work with and super talented. Their music will lift the spirits of any group. This is a duo on the rise. I highly recommend them!

Response from Carly and Martina:

Thank you so much:)

Carly and Martina can perform multiple sets for up to 3 hours. They will have a keyboard the two will sing beautiful harmonies to cover songs and their originals. They can provide a lot of entertainment to the audience with their sense of humor and their great original sound.

Besides their original music, which is POP oriented, they can play cover songs from the Beatles, Adel, Billy Joel, Coldplay, Faith Hill to DJ Snake, Maroon 5, 21 Pilots and many more.

They will light up the room with their infectious personalities and guarantee that the audience will have an amazing time at your event.

Carly and Martina also appeared on FOX32 with Corey McPherrin to discuss their song Make Me Happy and their blossoming music career and were spotlighted by (link hidden), a nationwide anti-bullying prevention program.

The next year in February, Carly and Martina were invited to perform at Feinstein's 54 Below in both New York and San Francisco as part of the Broadway Against Bullying event benefiting (link hidden). Carly and Martina At 54 Below for No Bully

Carly and Martina's song "Will You Be Mine" was picked as a semi-finalist out of 18,000 entries for the 2015 International Songwriters Competition.

Carly and Martina's song "All That I Am" from their debut EP was picked as a finalist out of 16,000 entries for the 2016 International Songwriters Competition.

Carly and Martina were selected to speak at the TEDxIIT 2017 Event. Carly and Martina's TEDxIIT Talk was about how their song "Make Me Happy," which has an inspiring anti-bullying message, energized a movement and launched a music career.

Carly and Martina are constantly trying to inspire people through their music as they continue to build their international fanbase. They love meeting people through social media and connecting with people to build a strong fanbase that they absolutely love.

Carly and Martina have their own keyboard and mics but can use sound systems that also may be in place. Technical info is very simple.

This is just a couple of the songs we play. We also play our originals along with covers. We have so much more!

Carly and Martina have been playing the piano since they were 4 years old. They are both classically and jazz trained and have picked up other instruments like guitar, bass and drums along the way.

Although Carly and Martina describe their sound as a mix between Taylor Swift, Ed Sheehan and Sia, their influences also include the classics like The Beatles, The Carpenters and Carole King.

Camilo A. F. said “Cody and Alyssa were amazing! Their chemistry together is unmatched and love instantly filled the air. I booked them for a surprise engagement party in…” 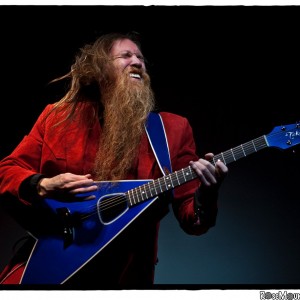 Jessica P. said “Jaik was amazing! Fun, kind, and an amazing musician! We can’t wait to have Jaik again!”