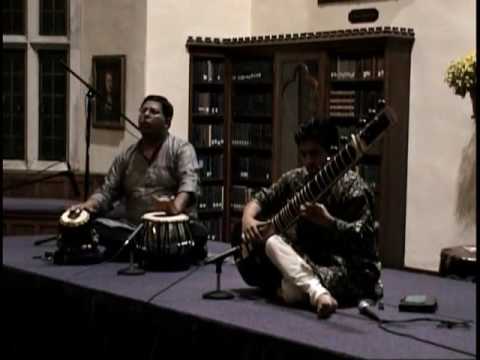 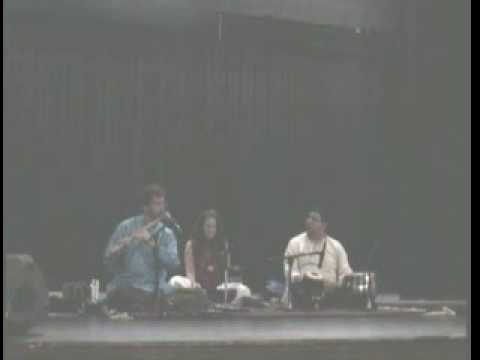 Be the first to review Broto Roy Duet

There is no greater dynamic musical range than a Duet of Indian classical music. From the slowest, most contemplative mood (alap) to the exhilarating speed of the "jhalla", each movement gains momentum and culminates in the fiery virtuosity of the musicians.
Broto Roy Duets display the fullest expression of years of training and performance experience. The Duets can be either foreground or background music and fit into almost any event.

Indian-born American Broto Roy is an EMI-India recording artist who comes from a prominent musical family from Kolkatta, West Bengal India where his great-grandfather Rajanikanto was one of India's greatest songwriters and his uncle Dilip is a popular singing star and constant influence. From the early age of six Broto began his study Indian classical music with “tabla” (Indian hand drum percussion). Until the age of 16 he continued to study from legendary drum maestro Bidyut Banerjee the theory and technique of classical percussion which is a systematic science of sound (“ragas” and “talas”). At the age of 16, Broto moved to the US where he studied music composition and graduated with a B.A. from the College of William & Mary, Virginia. Over the years he has had a flourishing musical career performing widely and producing many CDs. Using western Jazz and classical forms in his compositions and merging them with his Bengali musical heritage, Broto Roy has made his music a metaphor for immigrant identity and multiculturalism. This successful joining of the Indian tradition of "ragas" and "talas" with the technical dazzle of guitar, sax, piano and drums produces a magical fusion of East and West. Broto, hailed as a fusioneer" and “gifted” has carved out a vibrant multicultural presence on the international stage. Gifted as an Indian tabla virtuoso, Broto is a distinguished solo classical percussionist of great ability and erudition. In between a series of solo tabla drum and ensemble performances he has also appeared in a number of prestigious solo percussion recitals.

With worldwide CD sales, Broto is at home in the world, having performed in Berlin, Germany; Stockholm, Sweden; New York; Kolkatta, India; Essouira, Morocco; Washington, DC, and Beverly Hills. He also has the unique distinction of being heard in outer space. While in orbit around earth in May of '01, space tourist Dennis Tito played Broto's first CD "American Raga" aboard the International Space Station.

The great American museum of Washington DC, the Smithsonian, described him as "the young South Asian percussionist Broto Roy, an accomplished navigator of a range of multi-directional pathways between East and West...not only to a new range of aesthetic references, but also to new instruments and performance styles as well. After appearing in America, Europe and India with the folk group Ganga, with major classical Indian musicians and with the jazz-based East-West Ensemble, Roy continues exploring new rhythmic embellishments and ideas." – Smithsonian Institution

Depending on the performance space, a minimum of 12 feet by 5 feet is required for the two musicians.
Microphones, stands, wiring, amplification, one mixer, one riser (from 6 to 8 feet long by 5 feet wide and 1.5 to 2.0 feet in height) one chair are required. The Duet can provide most of these items if the venue cannot. An electrical socket within 10 feet of the performance space must be available to the musicians. Depending on the requirements of the client, other provisions may be needed.

Ancient traditional Indian ragas performed by professional Indian musicians. It takes many, many years to reach the expertise needed to perform this type of music and make it an unforgettable performance.

Microphones, stands, wiring, amplification, one mixer, one riser (from 6 to 8 feet long by 5 feet wide and 1.5 to 2.0 feet in height) one chair are required. The Duet can provide most of these items if the venue cannot. An electrical socket within 10 fe