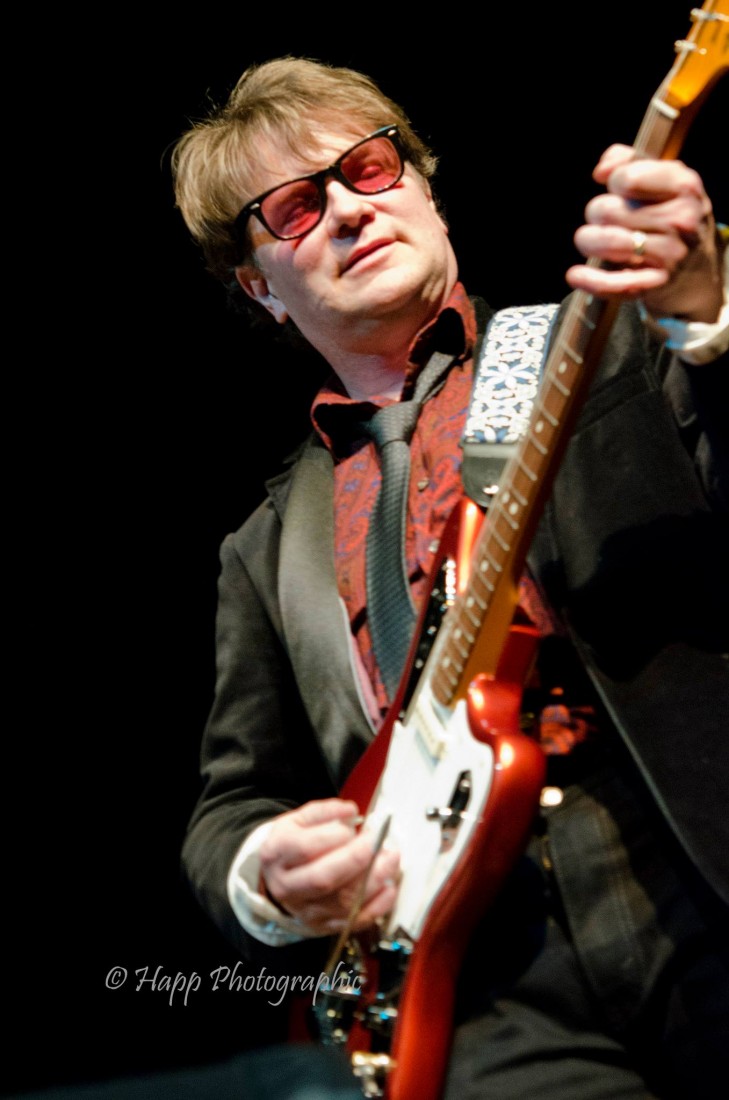 Playing a CD release show at CSPS in Cedar Rapids 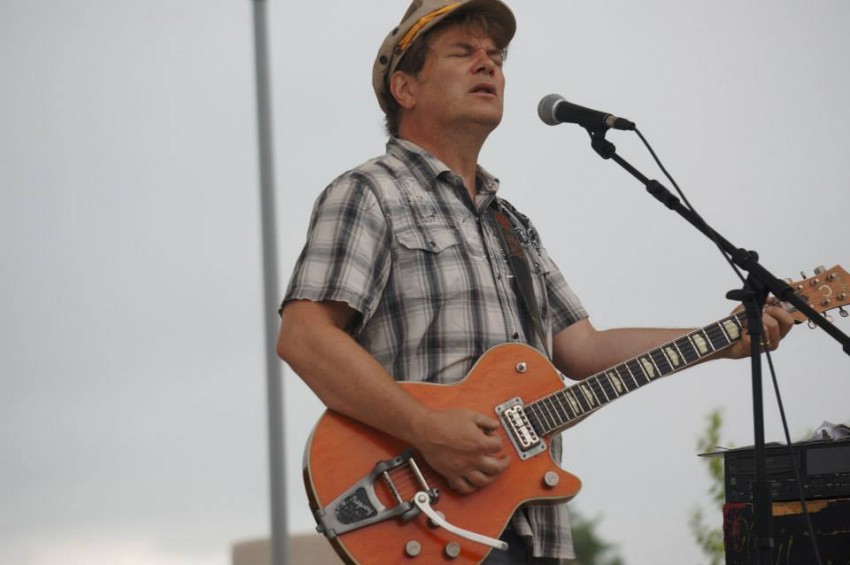 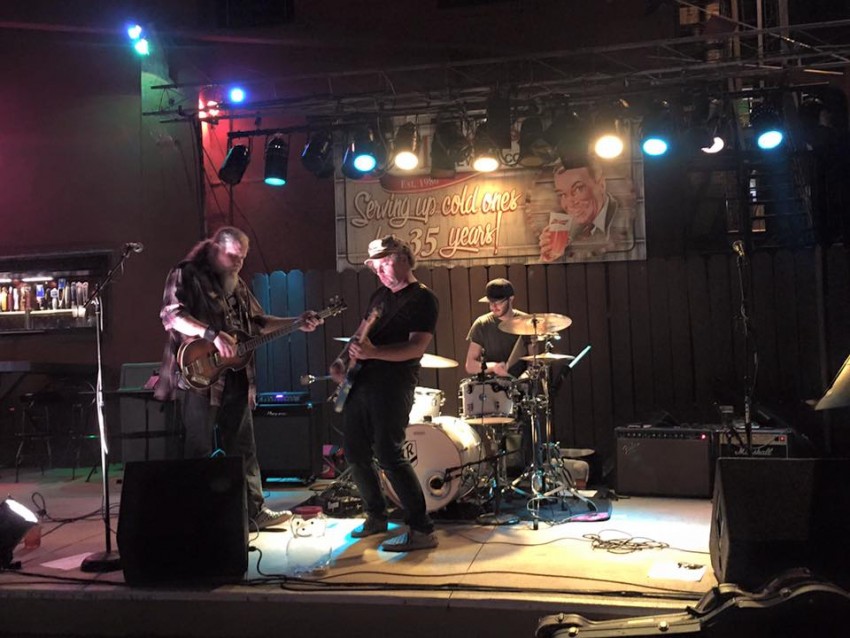 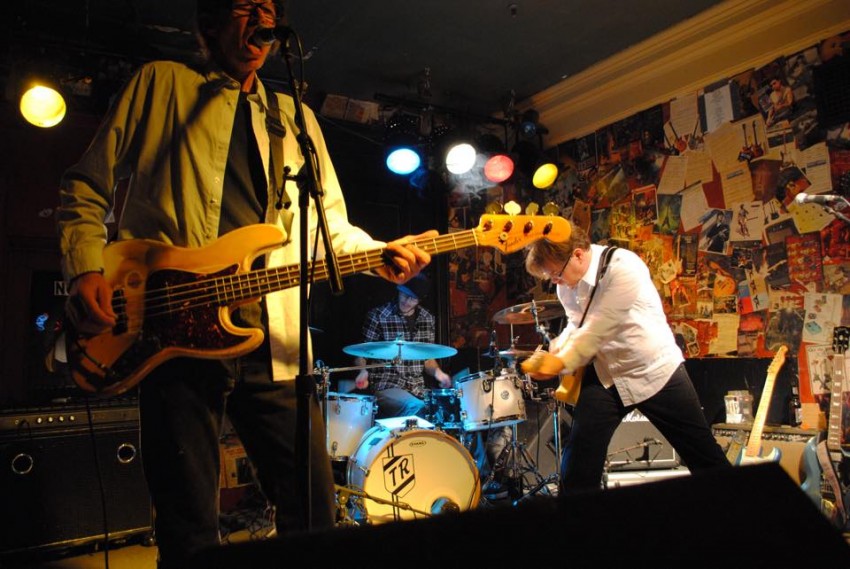 The Flamin Camaros at a recent gig 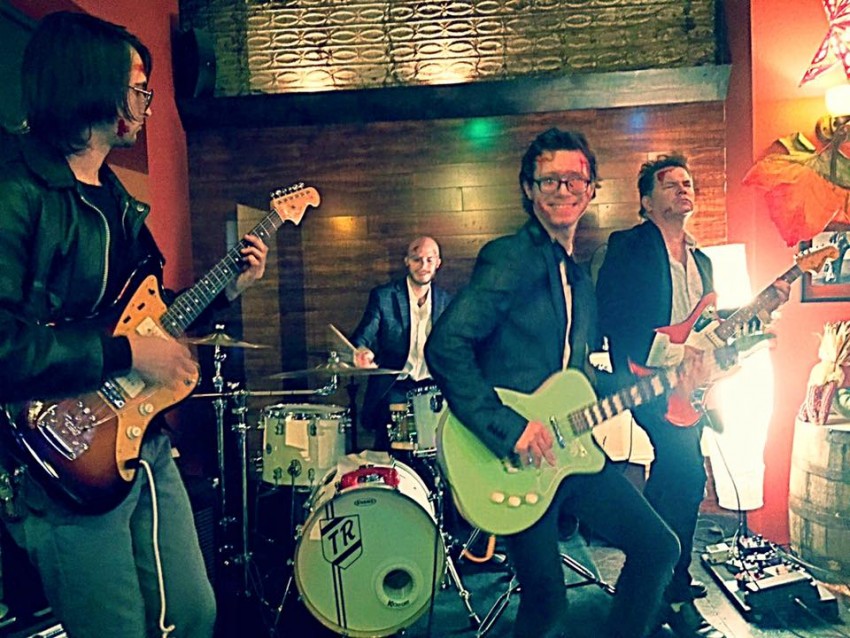 The Surf Zombies in Knoxville Iowa 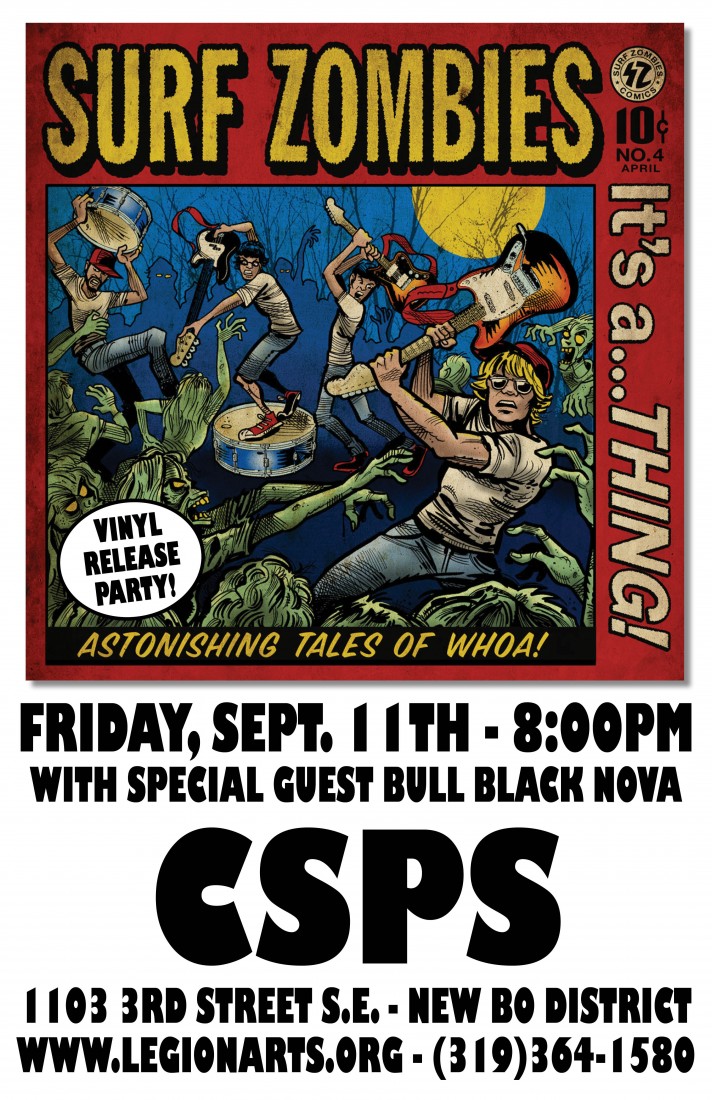 I also play in The Surf Zombies and we're available for events. 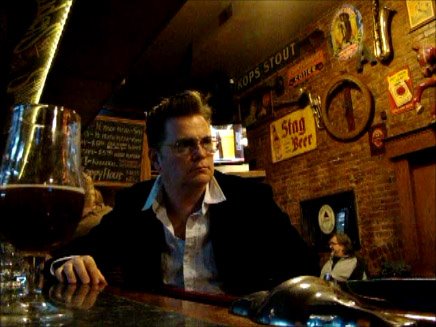 I also play with a 3 man roots, country, pop and rock band called The Flamin Camaros. We are available for events of all types. 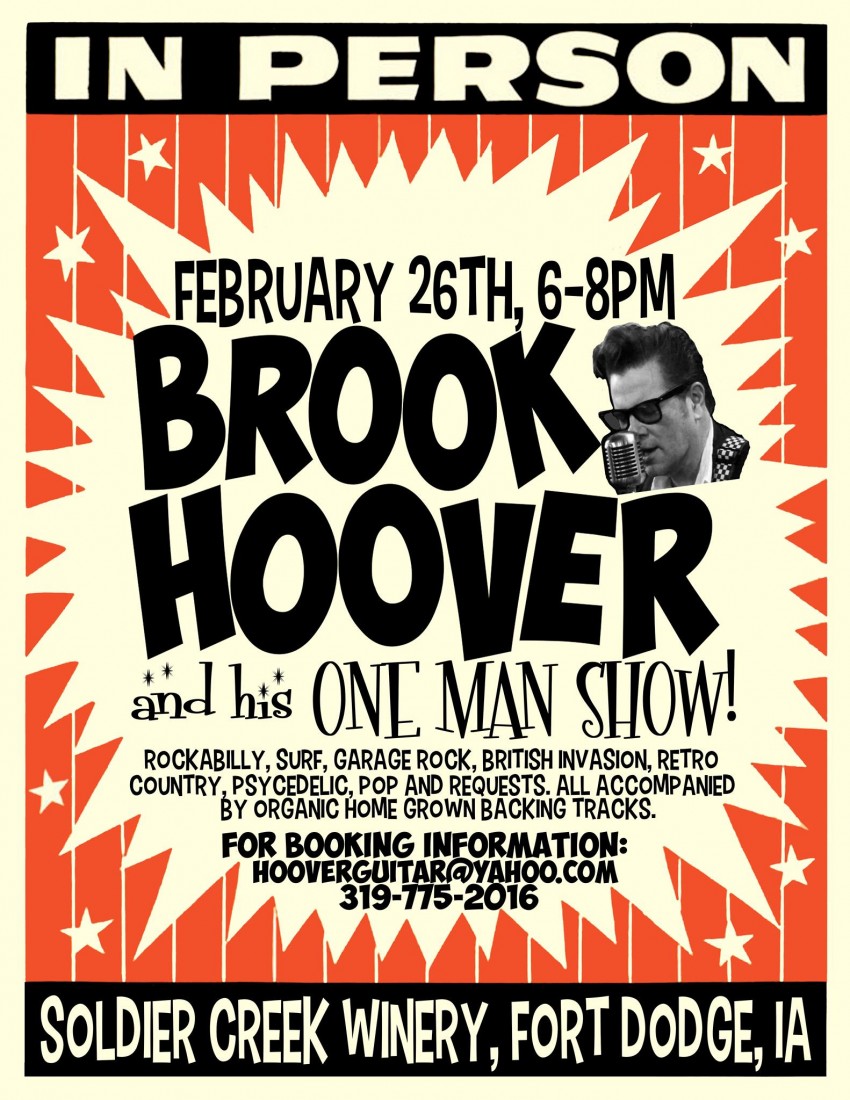 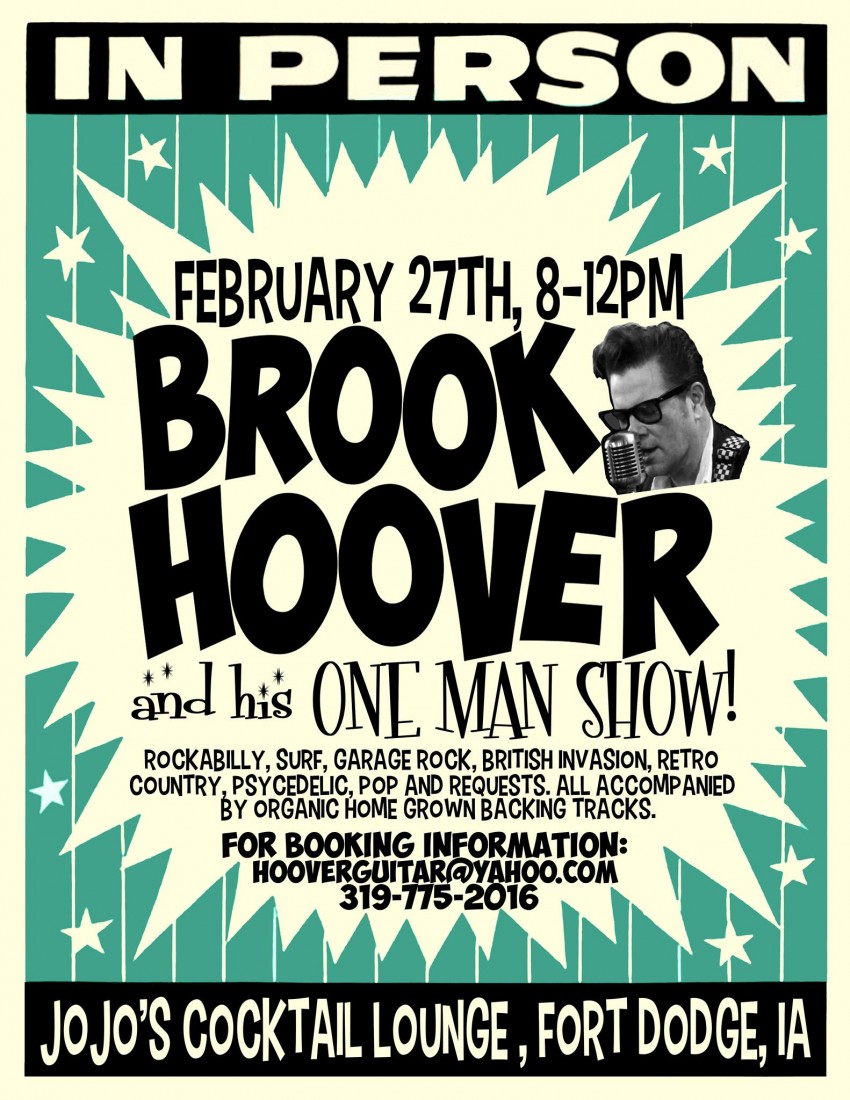 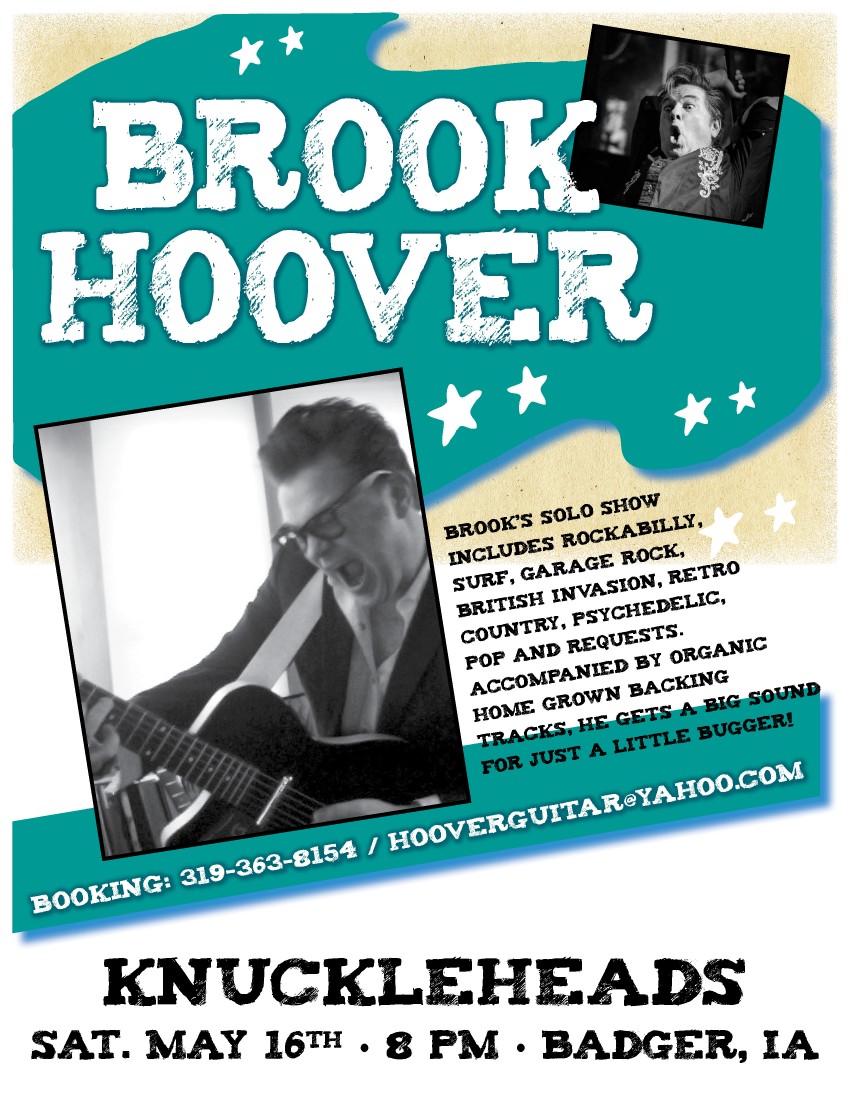 Be the first to review Brook Hoover

I show up about 2 hours before the performance and set up the sound system and and relax. Requests from the audience are ok. I am happy to adjust the volume to make the audience comfortable. Sometimes I can work up a special song for the event. I know many songs and will do my best to play whatever you wish.

I've dedicated my life to playing guitar in bands since 1975! I started out in Fort Dodge Iowa playing full and part time as a country, rock and pop guitarist through the 80's and 90's. Road work lead me to recording in some big studios. I settled in Cedar Rapids and established my own music school and recording studio. I have released 8 studio albums, several live albums and appeared on records with Dick Prall, Sarah Cram and many other local legends and played shows in Liverpool England at The Cavern Club and in Japan as well as toured the United States. My songs are played world wide on Mtv, internet radio stations and cable tv shows and film. I play over 150 shows a year in Iowa and beyond and love to perform. I am constantly learning new songs to add to my show ( or remembering old songs)

I bring my own sound and lights for the show. If we are playing show that has a sound system, we would need one or two guitars amps miked, a bass amp can be handled with a DI box that we usually bring, and it's a standard drum set. 2 vocal mics max right now. A level, dry surface is needed plus shelter from rain and sun. Grounded AC power is needed. We don't draw a ton of power.

This is a set list for my 3 man band The Flamin' Camaros. It varies as we add new songs for every show.

A level dry surface with normal grounded power. Shelter from sun or rain. I bring my own equipment and lighting.