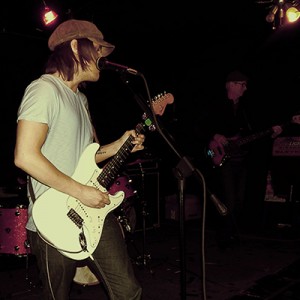 The Brandon Butler Band is a Shreveport-Bossier based band that performs a variety of tunes from blues, rock, soul, contemporary and reggae. The band consists of 3 members and their instruments: Brandon Butler on guitar/vocals, Laura Wooten on Bass and Cody Lowery on drums. A stripped down power trio with a big sound – equally adept at both small and large venues.

Be the first to review Brandon Butler Band

Brandon Butler - Guitar, Vocals
Hailing from a small town just north of Shreveport, Louisiana, Brandon spontaneously decided to purchase a $100 acoustic guitar with money earned from home remodeling with his grandfather at the age of 17. The goal was to strum some simple folksy songs, but his world changed when he heard the electric blues. Self-taught before mentored by the blues great, Jerry Beach (Louisiana Music Hall of Fame, “I’ll Play The Blues For You” made famous by Albert King).

Practicing and recording himself with a small tape player and playing on top of it, Brandon rarely left his bedroom for years while consumed in his instrument and learning the songs of his idols. The bird eventually flew out of his cage and moved out of the rural area that had become his cave; spending the next couple of years appearing in some joints around Shreveport as well as street performing downtown and outside of local establishments. Having never been out of the south, life then brought Brandon across the country to Santa Rosa, CA in January 2011. Following the move, Brandon joined a short-lived 5 piece band with friend Jim Malcolm also on guitar. Eventually, Jim switched to bass, Heath Cooley (drummer) came into the picture from Los Angeles, and a new power trio was born.

Mid-2014, Brandon Moved back to Shreveport-Bossier and began establishing himself in the area where he now performs in his 3-piece band at various establishments and night clubs. He also plays guitar for singer Erica Roop as well as fill-in gigs for other local artists. GOOD INTENTIONS Band is a "smokin' hot band that brings you incredible harmonies and sizzlin' solos! We are a high energy cover band playing classic… 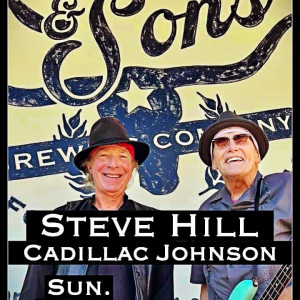 Cadillac Johnson and Steve Hill perform as a Duo as well as a trio whenever a drummer is required. We do R&B, Rock n' Roll- a little country and recognizable…