Interactive comedy showcase with stand-up comedy and improv to include audience participation. Battle of the Sexes format that can be easily identified but dynamically different than any other show performed before.

Pitting amatuer, seasoned and veteran comedians in a head to head, mono y mono never before performed competition. Some of the freshest material and unexpected action. The teams include selected local favorite, club known and fresh comedy school graduates in a 4 female vs. 4 male team battle.

Bragging rights and an awarded B.O.S.S.G. Title belt is passed to the next round. No two shows will be alike and the outcome is entirely up the audience.

Be the first to review B.O.S.S.G. - Battle of the Sexes

An alternative stand-up comedy and improv performance. We produce a unique audience experience using stand-up comedy, improv and audience participation. The B.O.S.S.G. - Battle of the Sexes head-to-head rounds will blow your mind with your suggested topics and how we use it. Because our professional comics don't know what you are submitting or suggesting for the topics they have to think quick and answer to get the crowds favored best answer. This delivery is then judged by the audience! We even will add more thrills by selecting a male and a female from the audience to get balance out the battle if there is a draw. You think you know more about the opposite sex? Then B.O.S.S.G. - Battle of the Sexes is for you!!

Originally I had the idea to do a different show like a Def Comedy Jam meets 8 Miles. Comedy has been dominated by men and I started seeing women emerging and taking over the scene. Are women funnier? A battle is the only way to settle it!! B.O.S.S.G. - Battle of the Sexes was born to answer the age old question. I am the producer and developer of this show format and we have successfully performed our fresh blend of stand up comedy and improv in the San Diego comedy market while building a steadily increasing fan base. Because I keep a rotation of different background comedians there is no telling what is going to happen. And because the audience submits topics for our exciting head to head rounds and decides who the winner is.. there is no way to know the outcome until CRASH time. Ahhh yes.. CRASH time. That one element event or unexpected joke that sends the crowd into over the top laughter.

We; can be high tech as we need be. Producing live interactive internet web performances and reaching out for more interaction is easy for us. Give us a mic, a spot light and a willing crowd (even a not so willing crowd) we will entertain.

It's always going to be different. Each comedian brings their style and strengths to the battles and the crowds submit their subjects so no two shows will be the same.

Def Comedy Jam for its Raw, real comedy. Who's Line is It Anyway? for it's improv component and suggestions from a hat. All though the cards and suggestions come from the show producers and edited for TV. B.O.S.S.G. - Battle of the Sexes isn't censored and is never scripted, whatever happens. Happens and it may be the only time it will happen so you got to catch the action.

Cindy P. said “What a talent! Jason made Mom's birthday the best ever. Thanks you, Cindy” 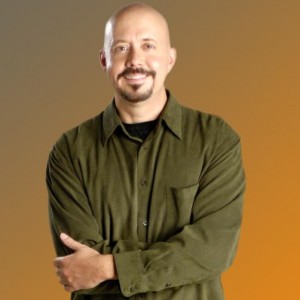 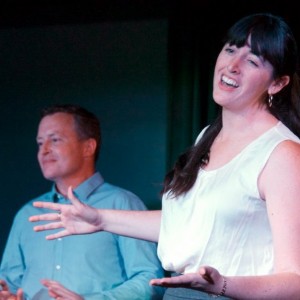 Finest City Improv is San Diego's home of improvisational comedy and now you can bring the shows that you love on our stage to your next birthday, bachelorette,…

Luis C. said “Hired Brandon my for daughter's first birthday and he pleased and wow'd everyone with his strolling magic!”