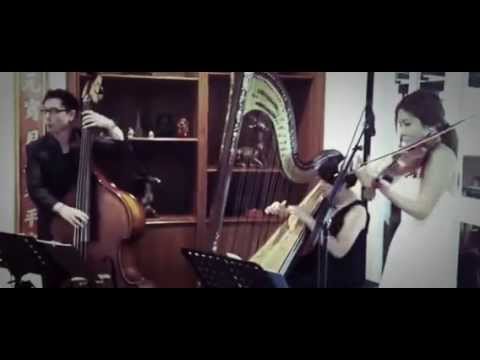 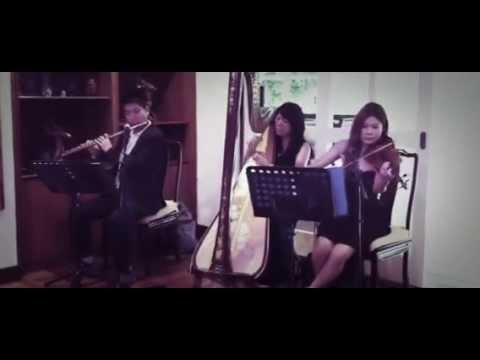 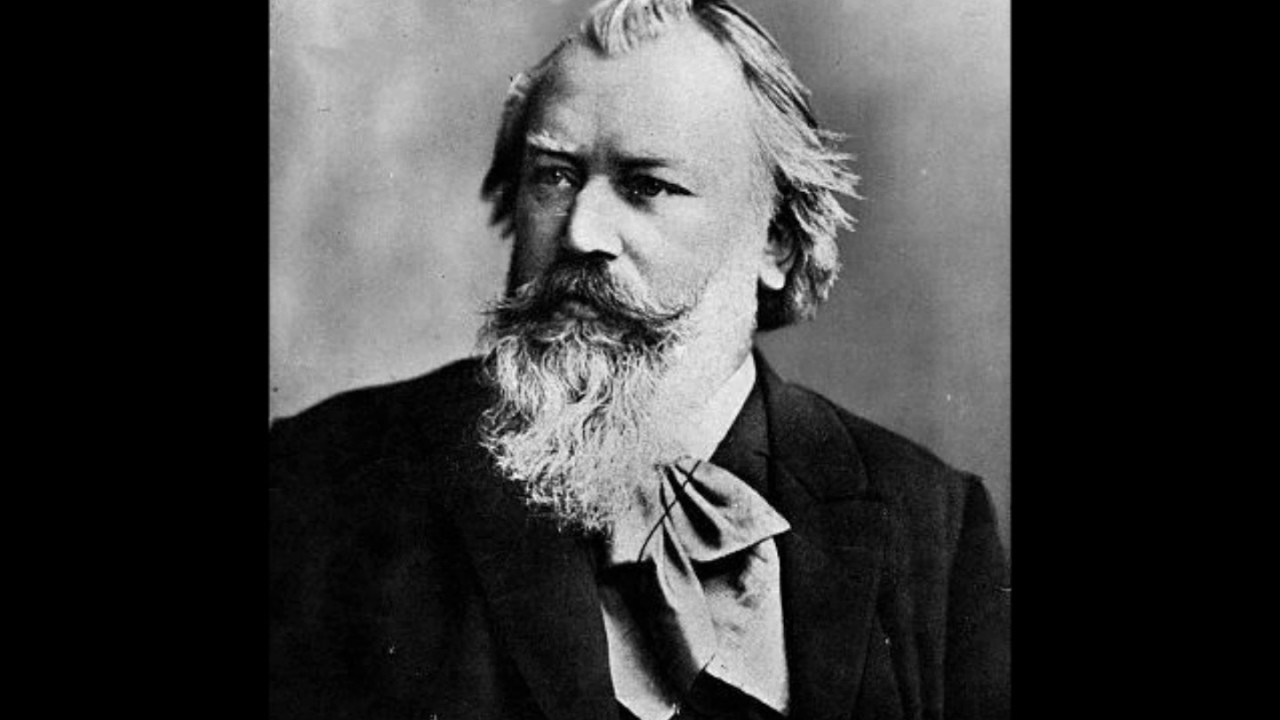 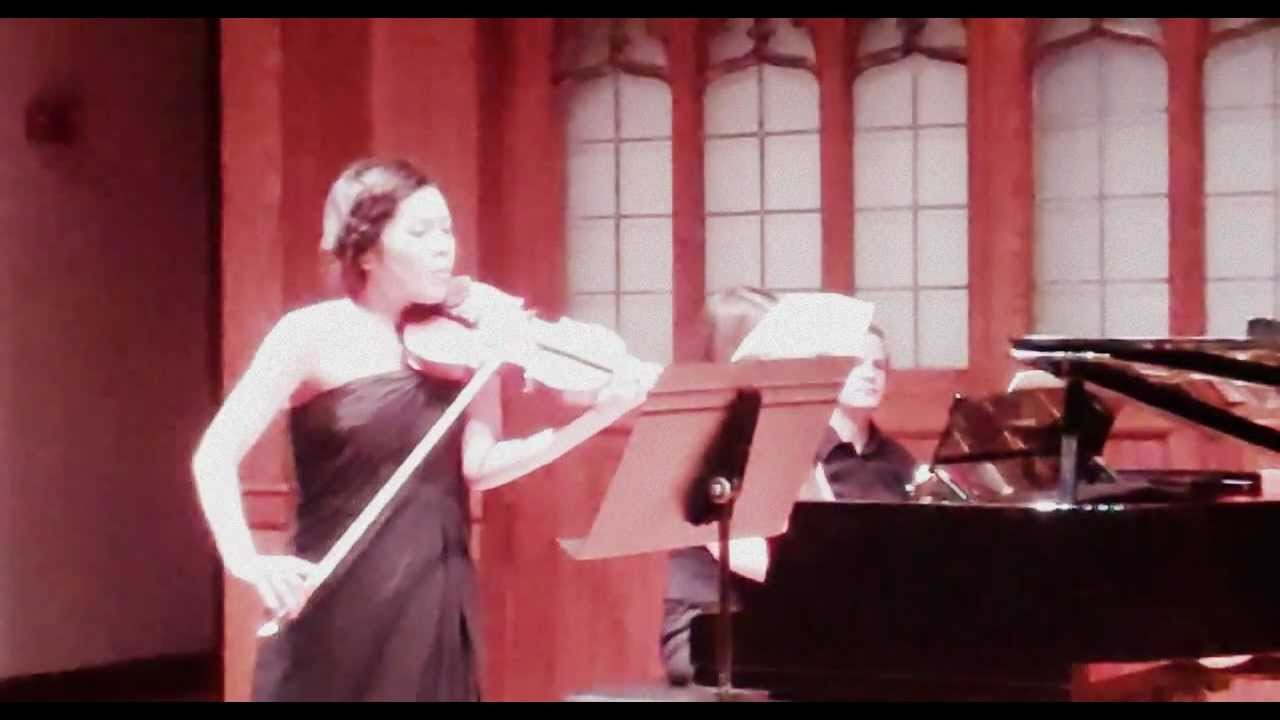 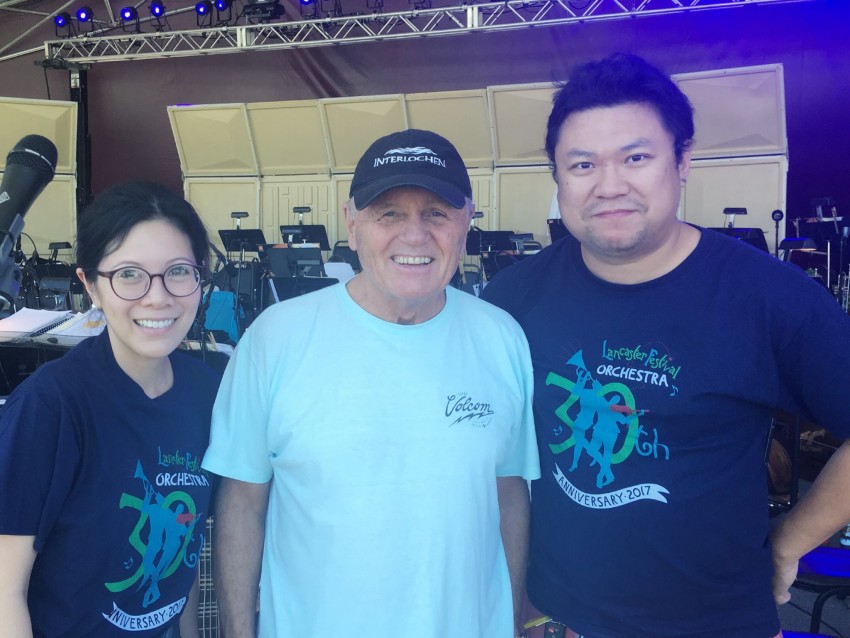 With Bruce Johnston, of the Beach Boys. Lancaster Festival, 2017 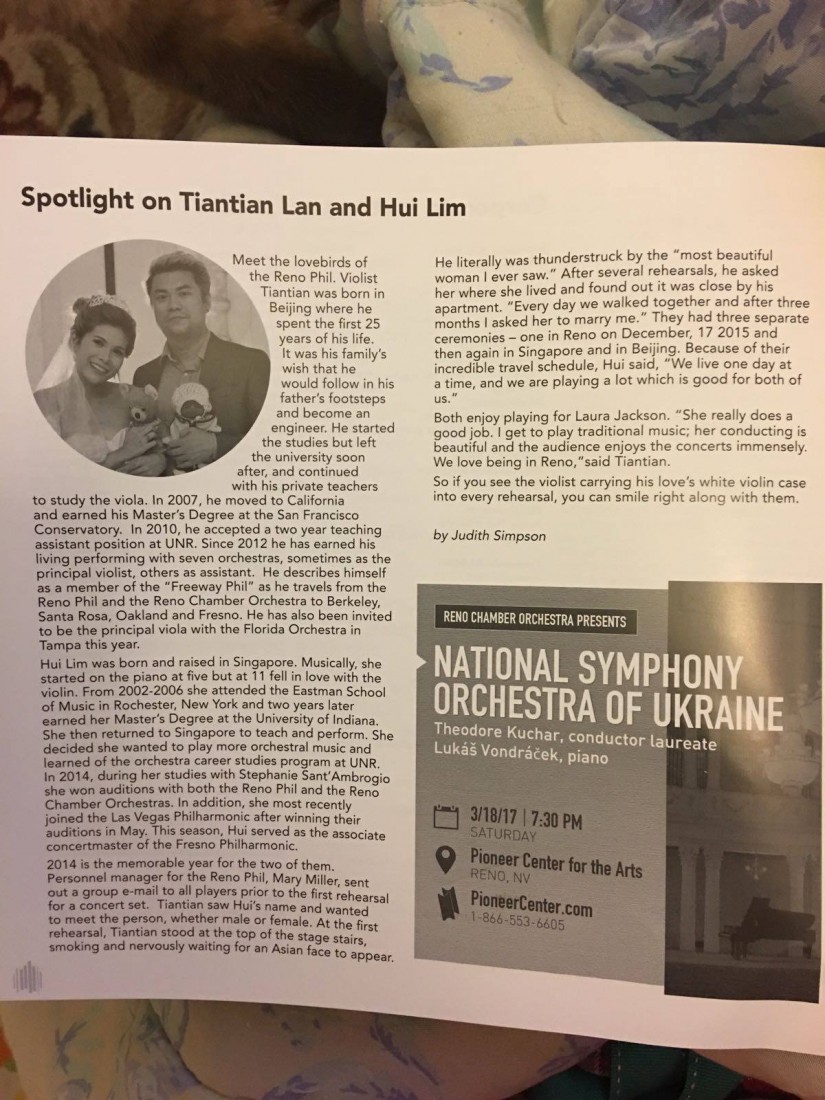 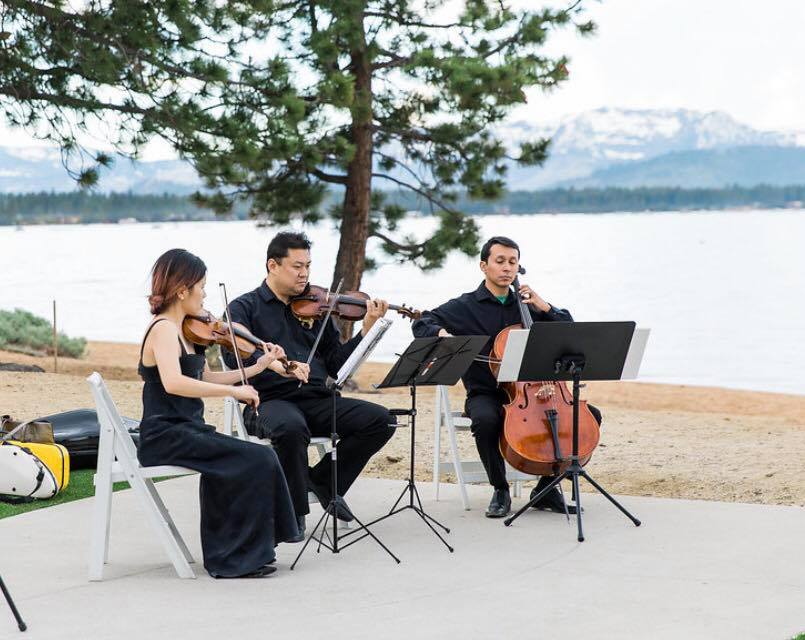 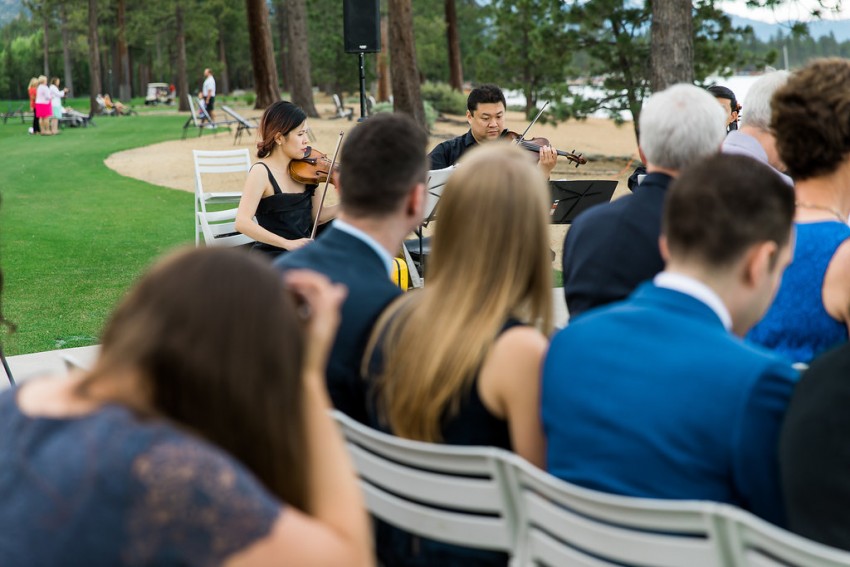 The Blue Forest Duo has performed with the Beach Boys and Vince Gill, among others.
The pair graduated from the Eastman School of Music and the San Francisco Conservatory of Music.
Being highly active musicians in the region, the couple are members of the Reno Philharmonic and the Reno Chamber Orchestra, and has performed for hundreds of weddings in the Reno and Lake Tahoe region.
Keeping the group small ( duet instead of a quartet) enables them to keep fees real and down-to-earth for wedding couples.
Besides the two amazing ensembles in Reno, Tian and Hui also play with Berkeley Symphony, Las Vegas Philharmonic, and Santa Rosa Symphony.

The Blue Forest Duo performed beautiful music for a 50th anniversary celebration for my parents. The music added so much to the party - most of the guests made a point to compliment the music. It made the party very classy. The performers were on-time, professional and very easy to work with. I highly recommend them!

The duo was professional and talented, they were also very easy to work with. I sent them a list of songs that I wanted them to play and they performed every single one with ease and beautifully. Thank you Hui and Tiantian.

Both members of the Reno Philharmonic and the Reno Chamber Orchestra, Tiantian and Hui have enjoyed playing together for the audiences of Reno and other cities since they first met.

Their orchestral playing have taken them to audiences near and far. At the Lancaster Festival, they have played for thrilling groups such as the Beach Boys, Vince Gill and the Midtown Men. As a duo and chamber music partners, they have performed in Reno and the bay area.

We are fully acoustic and will bring our own music stands.

+ some pop tunes
eg. Moon River, Can't Take My Eyes Off You, Can't Help falling in Love with You etc. ( requests will be entertained.)

We are fully acoustic. 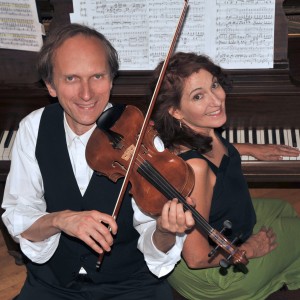 Jeannie R. said “Would hire Daniel again! He is professional, talented and paid attention to every detail. Numerous compliments from people who attended. Thank you, Daniel…” 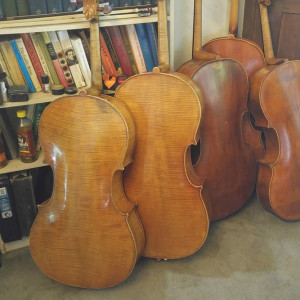 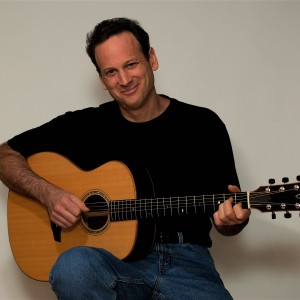 Abha T. said “David lit up my husband's 40th birthday party with numbers from classic rock, some light blues and contemporary music. He has a very soulful voice that…” 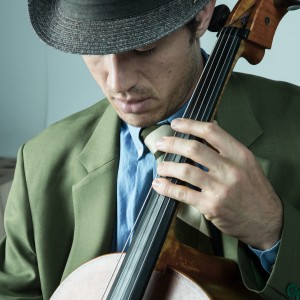 Carol R. said “I wanted to play a joke on my guests at my birthday luncheon so I hired Joey to pretend to be a waiter. Except this waiter's accent kept changing from…”