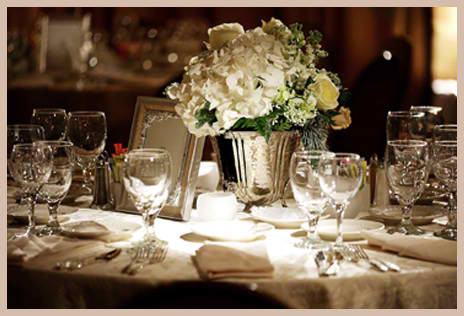 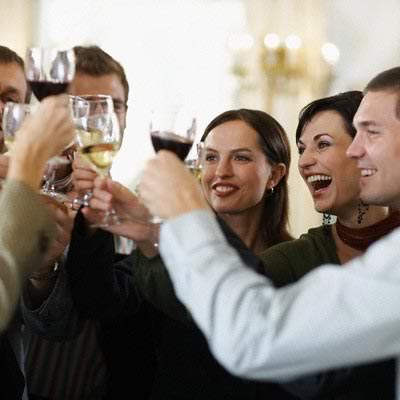 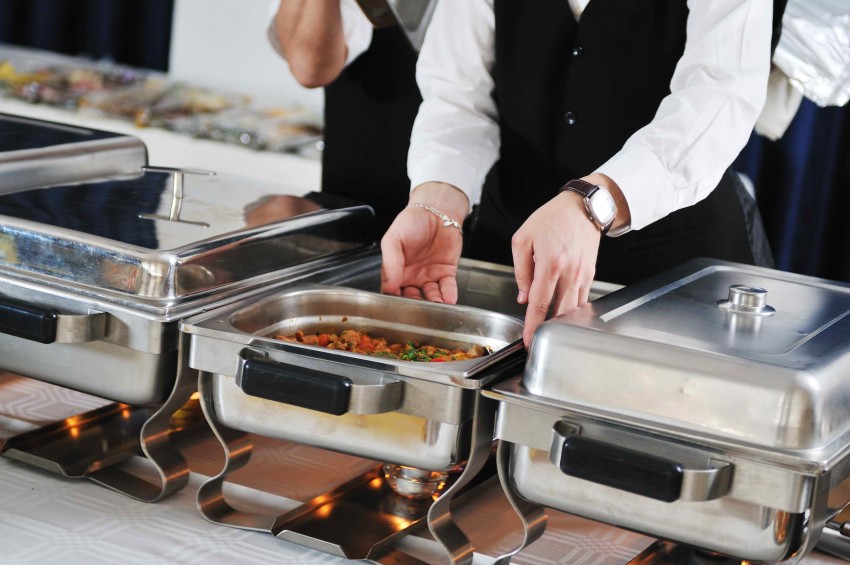 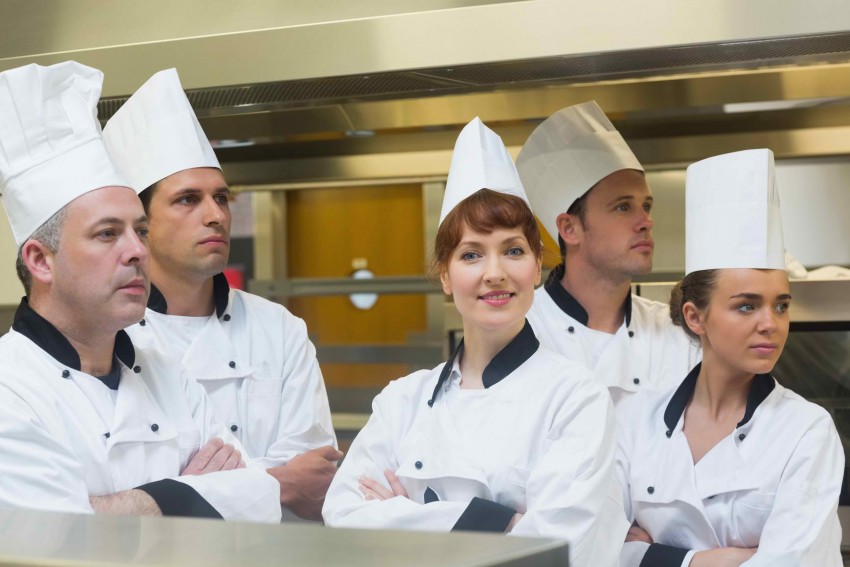 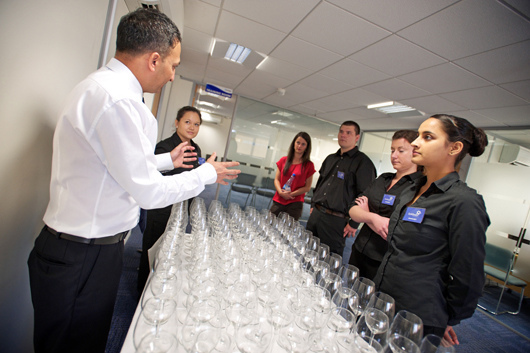 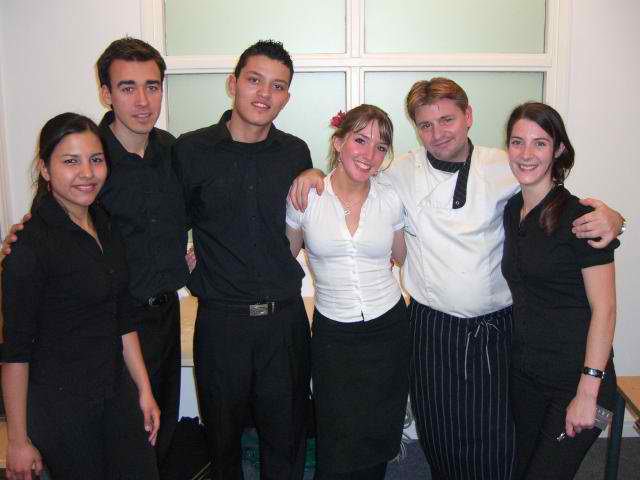 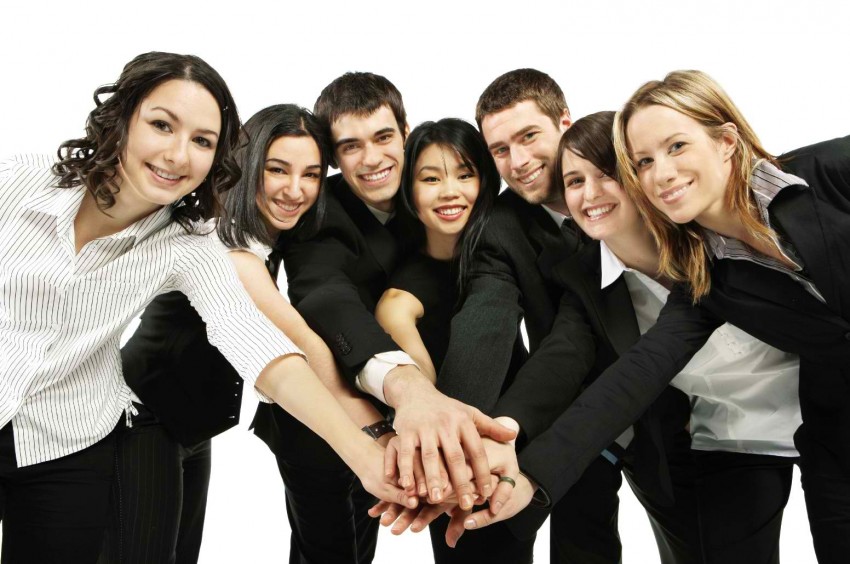 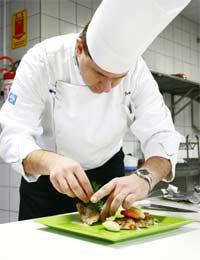 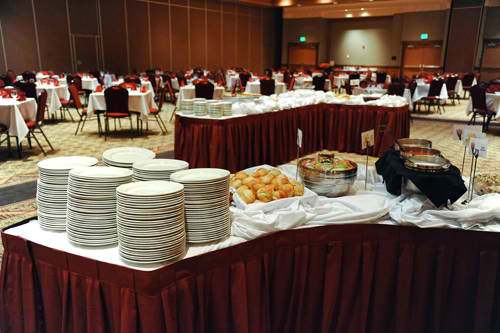 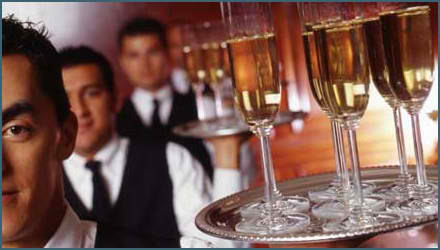 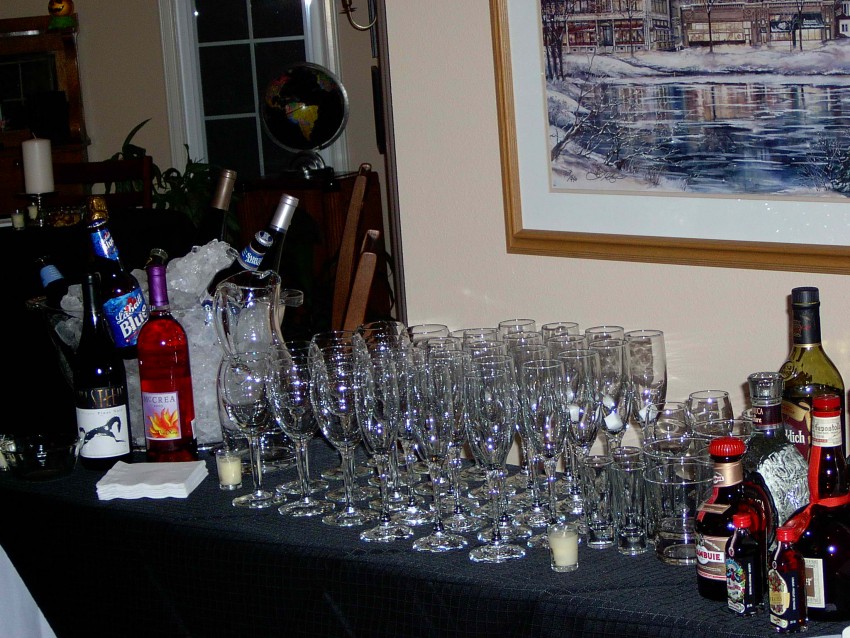 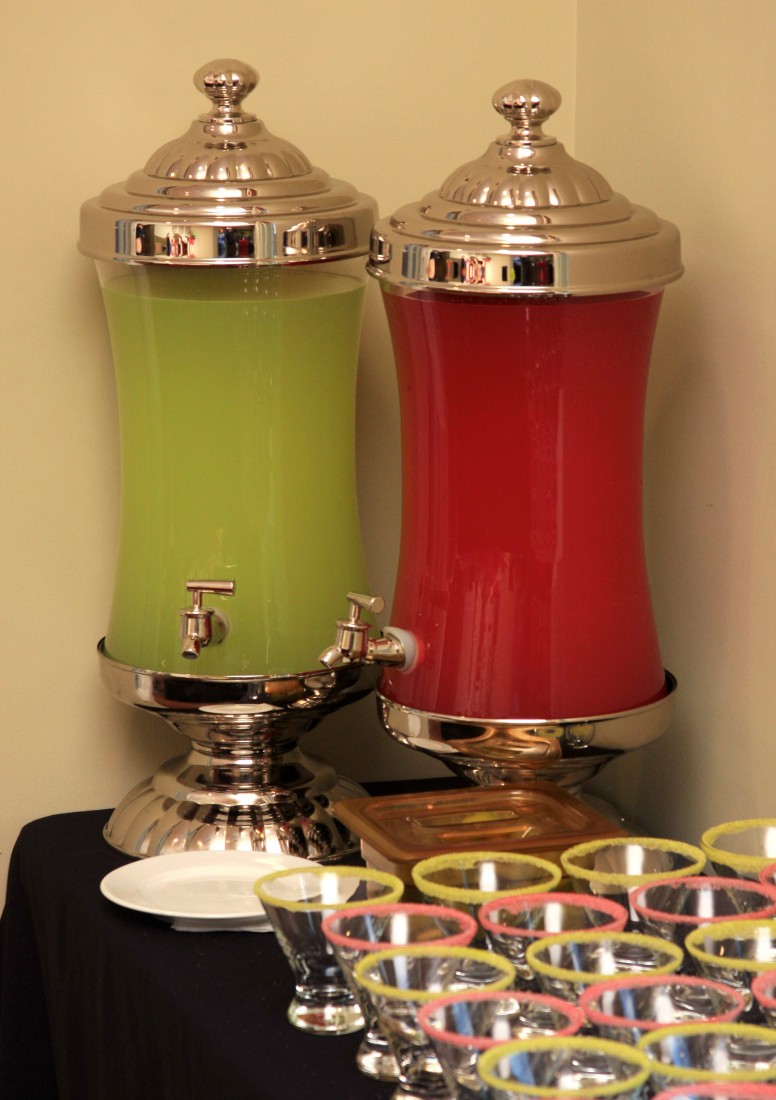 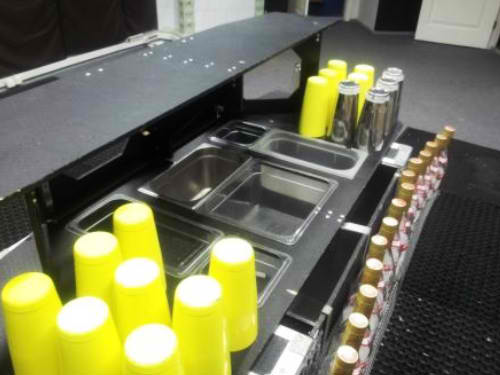 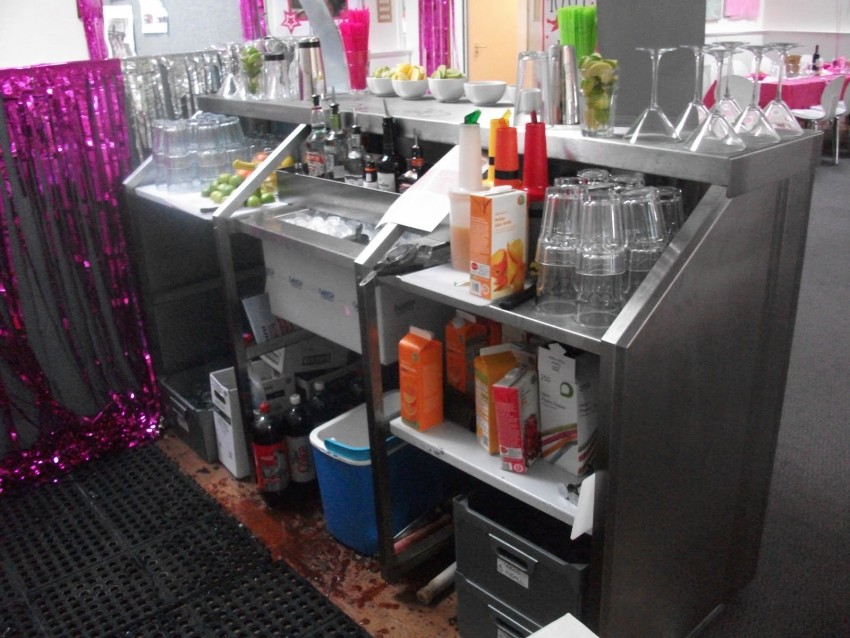 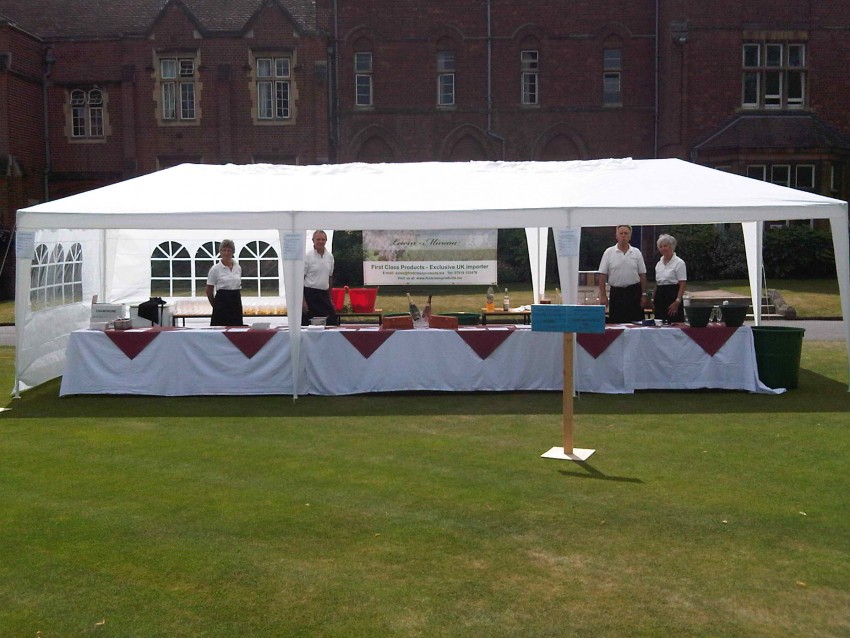 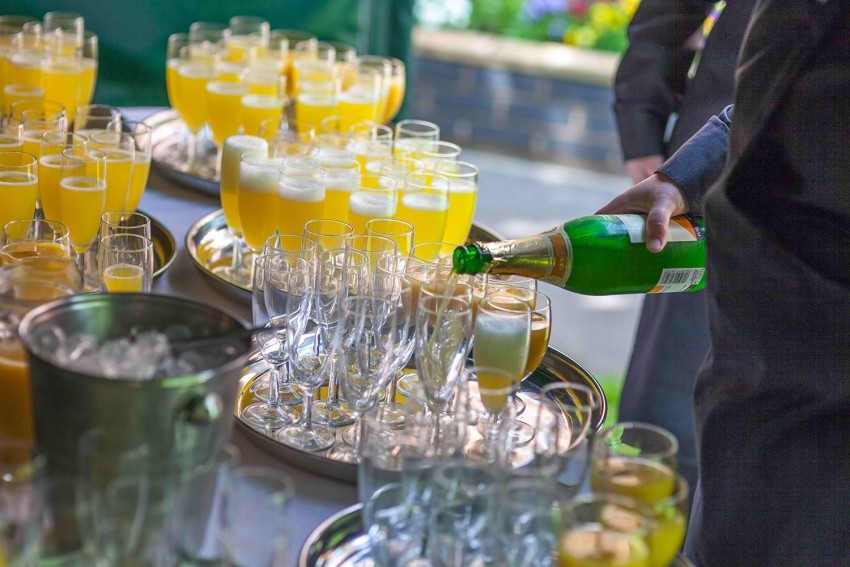 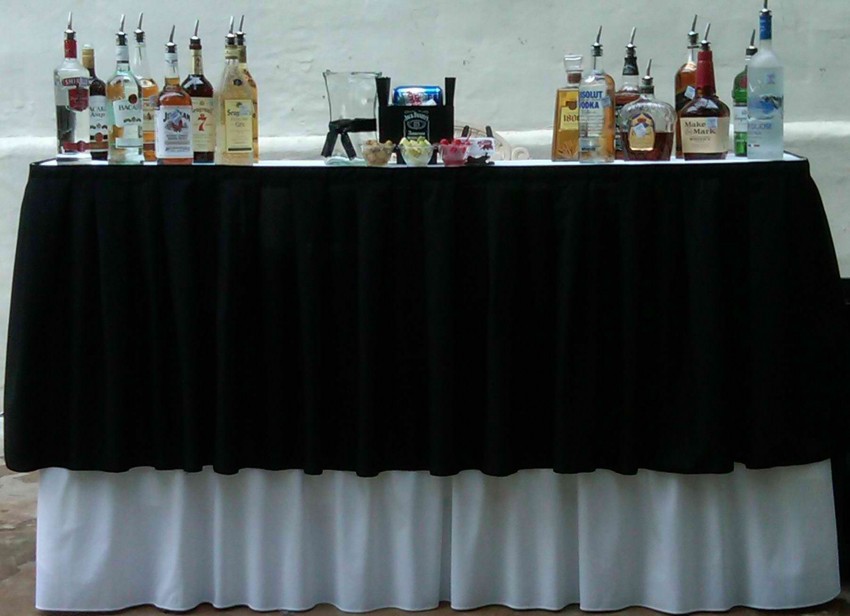 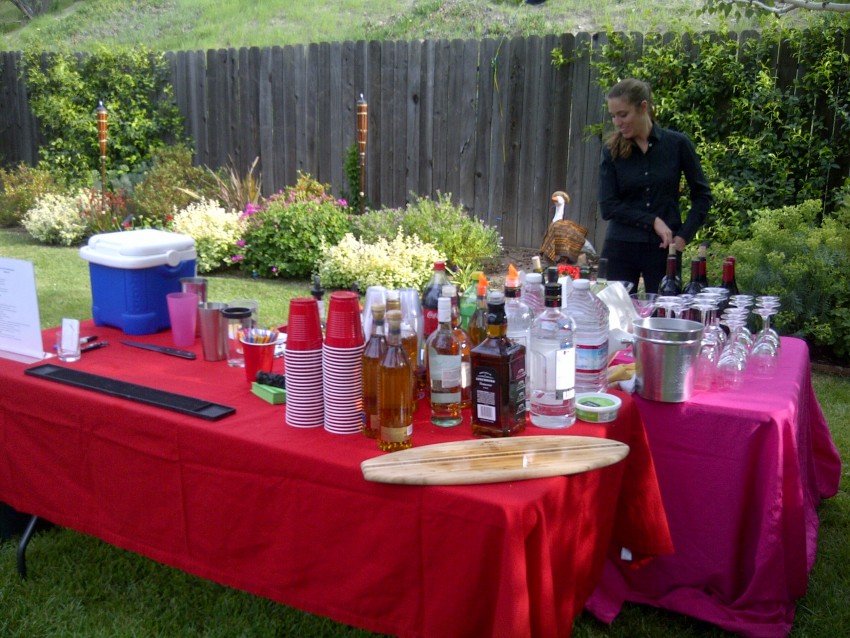 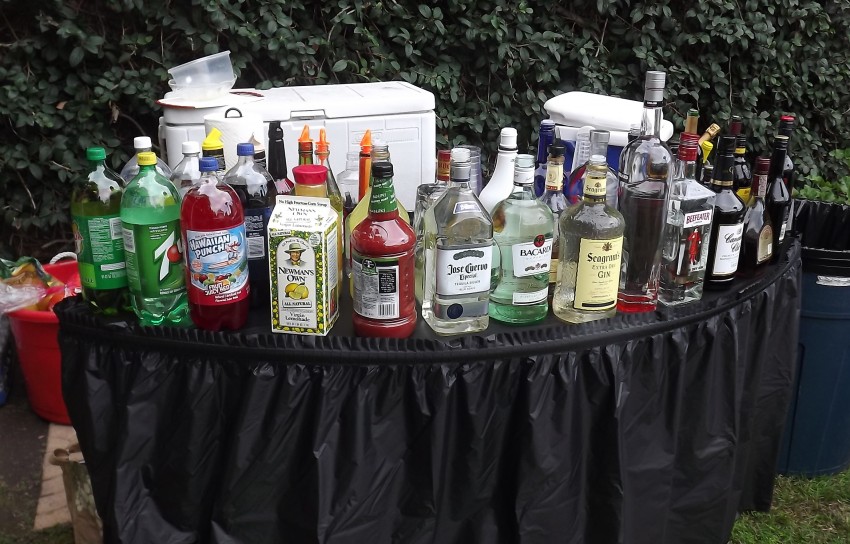 The wait staff was wonderful and intuitive for our daughters engagement party needs allowing myself and family to truly enjoy the evening. Thank you.

Thank you for this great review. I hope we can work with you again in the future.

We were well served!

Christina arrived on time and needed very little supervision. She watched the talbe and refilled things and even helped serve drinks. She was just what we needed.

Advah & Donna arrived on time for our event and promptly began helping. They helped serve, rinse dishes, collect dirty dishes, brought out the dessert. They were super helpful and stayed longer than contracted to make sure everything got cleaned up. Was so happy with them, will definitely use Bay Area Event Staffing again!

I was really in need of catering staff for a holiday - and it was easy to book skilled staff for my event.

Only two of the Four promised waitstaff arrived for my wedding but truly only one of them worked. My wedding coordinator notified me that the other one didn’t really do much and he also complained a bunch.

Thankfully getting a refund for the missing two was no hassle and that was appreciated.

Not sure if I would hire again

So during my wedding, I was supposed to have 2 waitstaff for 5 hours. One woman ( I forget her name but she was petite, blond and maybe in her late 40s or early 50s) was kicking butt. She was awesome and doing the majority of the work. The other person just did okay but she arrived late and went home early (But we STILL paid for 2 staff people for 5 hours). Then there was their supervisor who came along. Many of the staff commented on how he was just bossing the two staff around rudely but did not help at all.

Bartenders were okay but didn't do as asked and should have cut some people off after they had too much to drink. They put wine bottles on the bar area to see what was being offered but for some reason, chose the cheap Kirkland bottles to display and not the better wines. I believe they also sent one bartender home early but charged us for the full hours and additional time for the 2nd bartender because that person ended up staying a bit later. :-(

Bay Area event staffing team provided excellent service. Made suggestion that I never thought about. Team worked well with each other. My event happens ever year. I plan to use them again. Thank you for all your help.

Paul was fabulous! Took care of everything and anticipated what was needed

Our server was right on time, always responded with a smile, good communication skills and displayed everything beautifully.

Monica and Chris were amazing. Great work all around. Kind, helpful, capable and went above and beyond expectations. Will definitely hire again. Thank you so much for making the event such a success!

Unfortunately our bartender was 1 hour and 45 minutes late. Although we learned there were traffic issues, I was not informed ahead of time that the bartender would be late. I had to call them numerous times for status updates. There was lack of consistent information. First telling me the bartender was 20 minutes away coming from one city, and later telling me he was 30 minutes away coming from another city on the other side of the Bay Area. I was concerned that a bartender was never going to arrive.
The only reason there is 2 stars instead of Zero is because once the bartender arrived, he got right to work and he did his job well. Unfortunately the stress of not knowing if he was really going to show up causing us to recruit family to bartend for 75 people, placed a damper on what should have been a fun night.

1 staff person Great " katie " the other two, so so

We were billed for 8hrs

Hello Steve, you have us mixed up with the other company you hired we were hired for 6 hour and you were billed for 6 hours. We will report this situation to GigSalad. I will message you about your other concens.

She wasn’t quite on top of getting drinks ready when guests arrive. Not as proactive as I thought she could be with the experience she said she had.

Carlos was an awesome bartender!

Workers were AMAZING!! The office, not so much..

I had Qais working as bartender and Jimmia worked with the food and just about anything and everything else. They were both AMAZING. Jimmia especially. The caterers forgot to bring serving utensils and Jimmia went out and bought them. She was so helpful, so professional and helped my coordinator make sure everything was run smoothly. I am so happy we had her there.
Qais was pleasant, professional and so helpful. He chatted up our guests and keep the drinks flowing. They both went above and beyond what was expected.
After booking, it took forever to get the staffing sheet from Bay Area Event Staffing. They kept sending messages on gig salad without the attachment or random messages that weren't for me. I was worried no one would show up like I heard some other people have experienced. Overall I am very happy with the turnout.

The crew from Bay Area Event Staffing was friendly, punctual, and helpful.

Thank you so much for the nice review. Carlos is an accomplished server. He is a great asset. We are very glad everything went well. We hope to serve you and your guests again.

I couldn't have asked for better servers, they were incredibly helpful and made the event awesome!

one server was terrific. the other was not. He talked too much and worked too little. Plus you sent two people when I asked for one. But I decided to use them both.

Hi Mary,
We sent an extra person at no charge just to insure that everything went well with your event. We are extremely sorry that one of our servers did not perform to your and our expectations. We will definitely deal with his performance issues. We are extremely glad that your event went well.

Have a Happy New Year!!
Please let me know if you have any questions,
Michelle

Excellent job! Daniel was very helpful, anticipated our needs and did a terrific job!
We felt very lucky to have him help us on Christmas Eve.

Server did not show

We had a brand new server who was thrown in without any support from the company and our other hired and paid server did not come. We felt left out to dry with a lot of guests and minimal help. Will not be using this company again.

Austin came on time and all ready to help. He did a great job of placing tapas on plates, passing them out and greeting people. He's a very nice person and easy to work with. Thanks to Austin that my event went really good.

Excellent service! Daniel was great to work with and it made all the difference for me. For once I was able to enjoy the holiday instead of constantly cleaning! I will definitely be using Bay Area Staffing Services in the future!

Eric was especially great. One of my guests was a vegetarian unbeknownst to me. Eric dove in and created a lovely dish from ingredients in my fridge. Bot Kendra and Eric provided wonderful service and professionalism.

Wonderful servers made my dinner party a success

My two servers, Nicole McVicker and Renee Breen were skilled, efficient and extremely pleasant. It was a pleasure to work with them.

We paid for 2 servers for 5 hours. Firstly, the servers showed up in the wrong attire. We asked for black tie, white shirts. They showed up in all black. Most importantly, one of the servers quickly appeared to be under the influence of drugs and/or alcohol (no doubt drinking ours!) and was thereby unable to perform the hired services.
Luckily, the other server was very professional and was able to carry on her own. Nevertheless, many of guests witnessed the gross conduct of the other server and it is all completely unacceptable.

My experience at my son's wedding was ruined by the fact I had to do all the work. I am furious. I pre paid. No one has called me. There will be a scathing help review

Needed some help last minute and gigsalad came through. Helper showed up on time, presented well and helped with minimal supervision.

We were having a outdoor office party for 200 and our staff wanted to enjoy the party. I needed to serve ice cream that we brought in ourselves--the caterer and bar tender we'd contracted with could not help. I found Gig Salad with a quick Google Search. Just a few exchanges and a super sharp person named Cynthia came on time and jumped right in with a great attitude & professional attire. Thanks for hooking us up GigSalad.

So glad I called!

My first event booking with BAES, and I will book with them again.
The wait staff showed up early, ready to dive right in, and made my event a huge success, and ready on time, do to their help, professionalism, and personalities.

Thank you so much for the great review. We appreciate the kind words greatly.

Michelle went out of her way to provide staff. Her team was timely!

Our Bartender Larry, was wonderful. He was professional, courteous and very accommodating. His service added the perfect touch to our event .

Daniel and Connie are the best! They are super helpful and very professional!

No follow-up, no show

Why quote a job and allow me to move forward with a deposit? I want a refund.

We are very sorry L. Crain that we did not connect. Your request did not have enough lead time to for the booking manager to respond. we pride our selves in making sure every customer has a great experience with our service. We never responded to you with a confirmation as to the booking because we didn't see the booking until after the event had begun. There was not enough time to find staff and mobilize them. When you booked with GigSalad it was after 12 pm with an event start time for 3:30 pm. All types of service companies need more lead time, or at lease more communication on both sides. Our quoting rep didn't notice the short lead time. I only wish you would have called us to confirm, maybe we could have performed better. We will submit a full refund and I will call you personally to apologize.

Insurance: $4,000,000 - $4 million general liability and 5 million in Liquor Liability. We can also indemnify you under our policy.