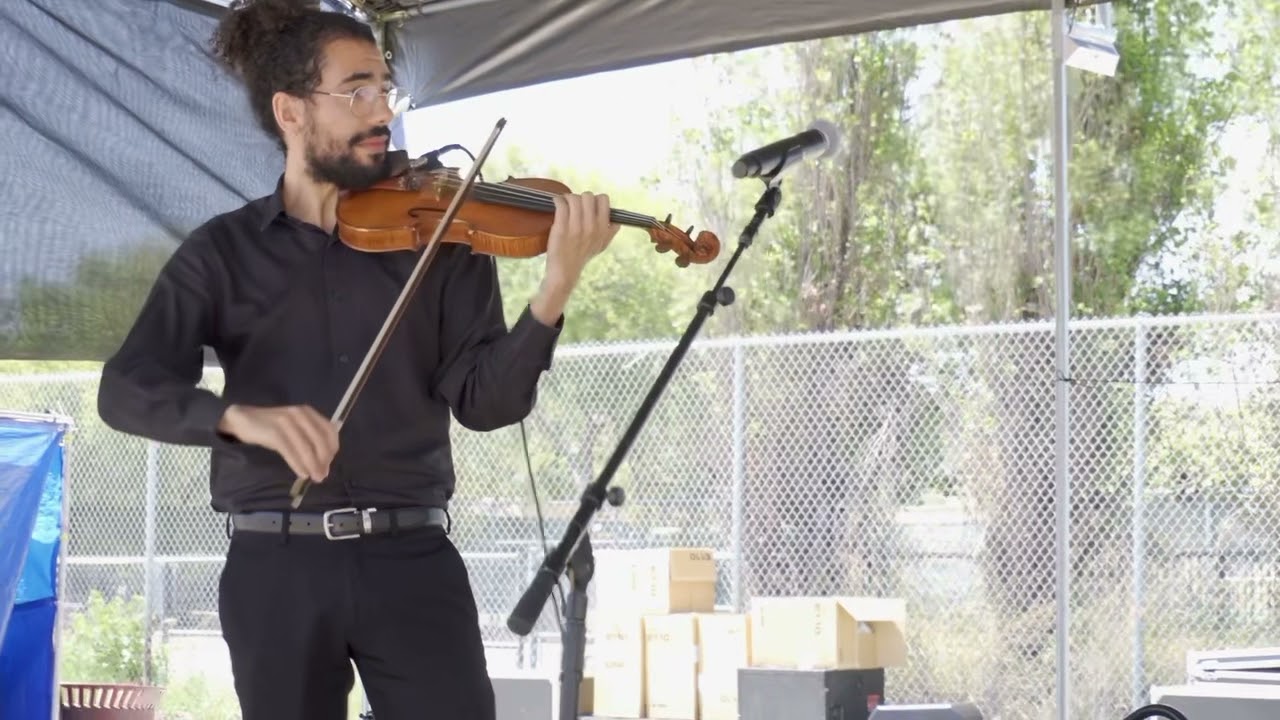 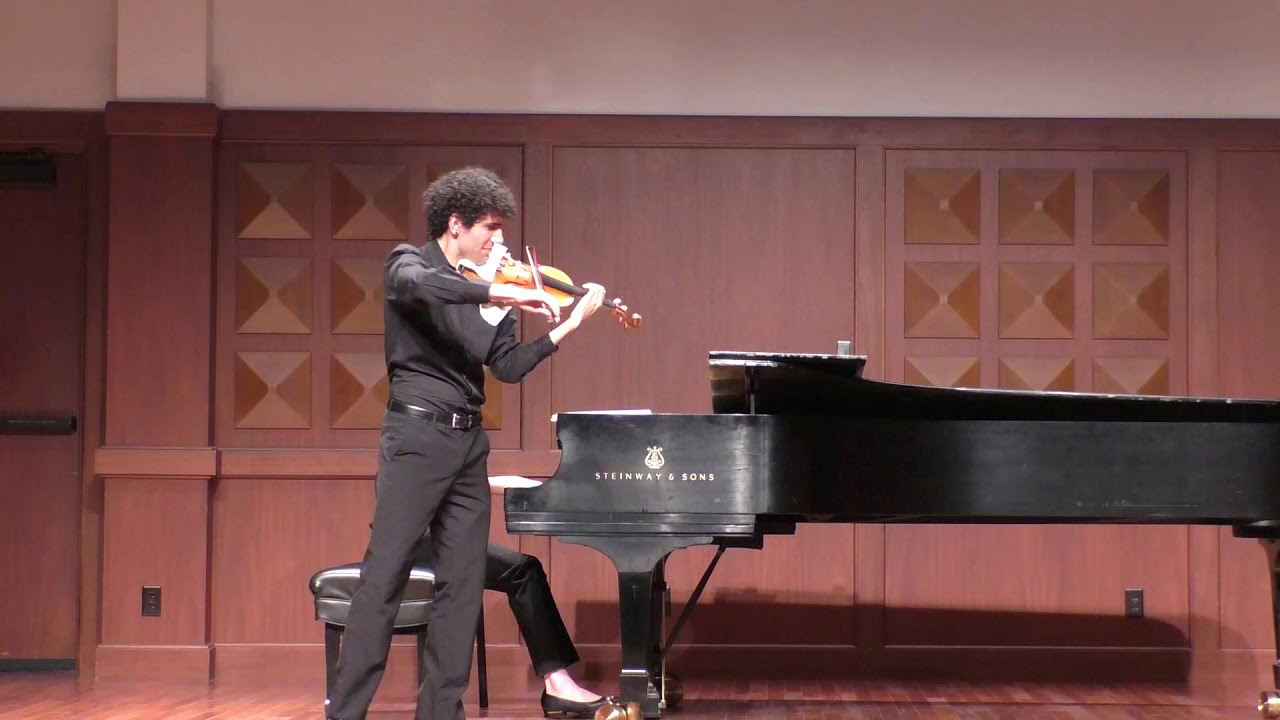 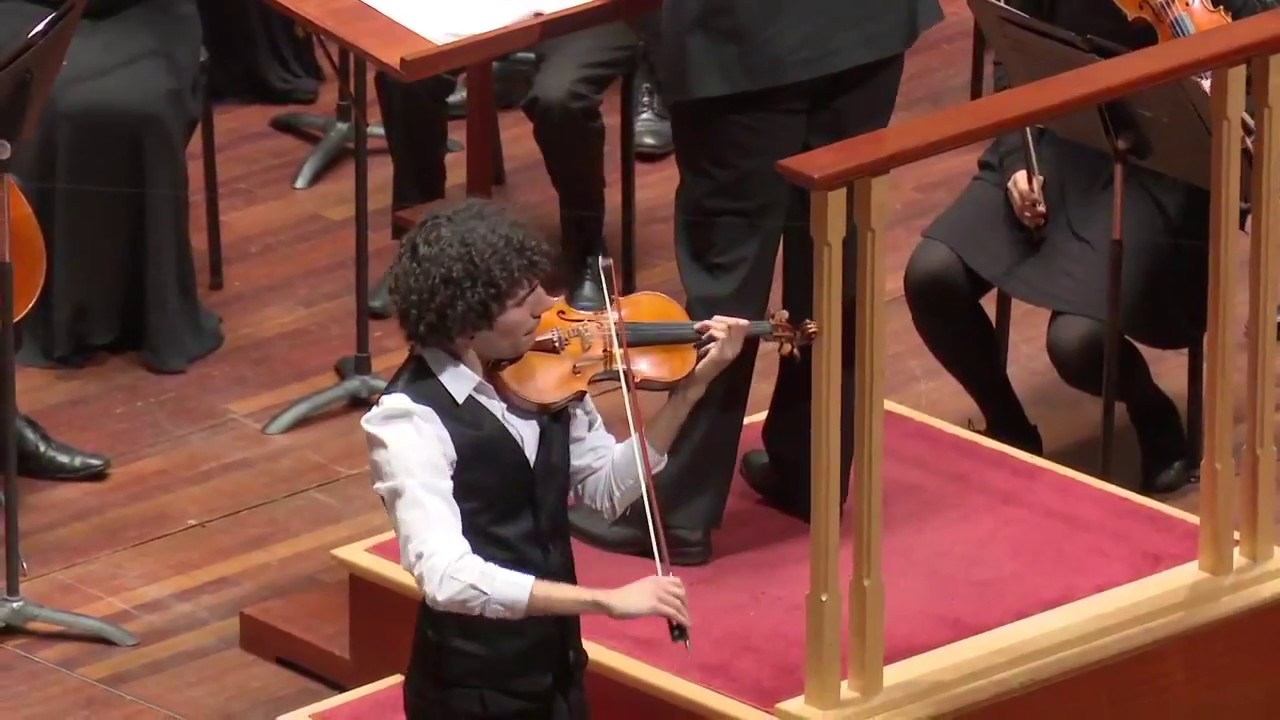 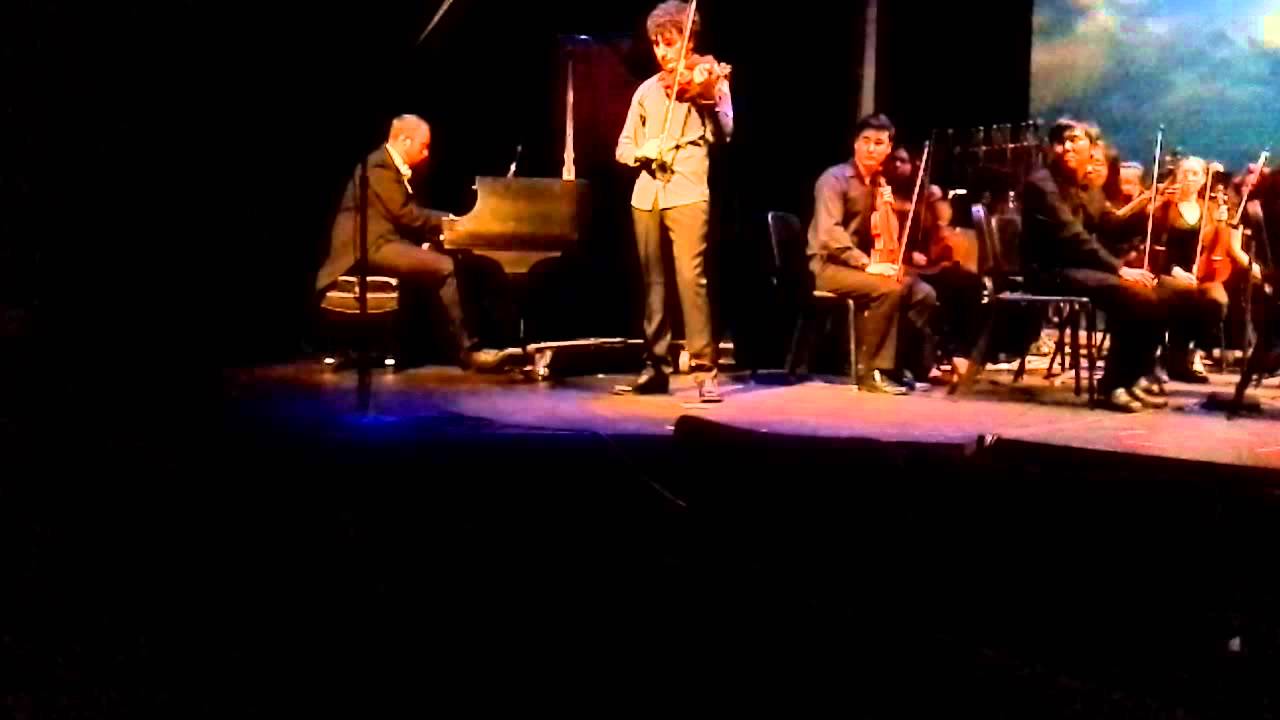 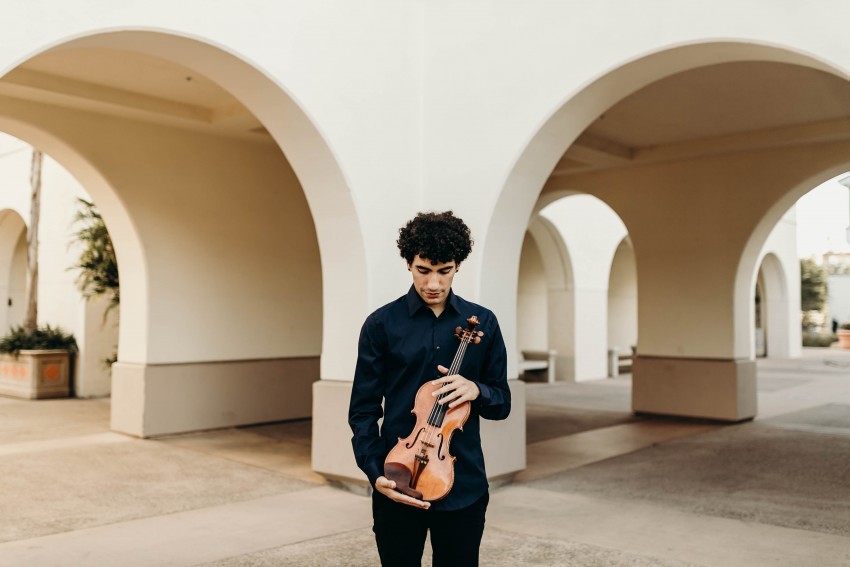 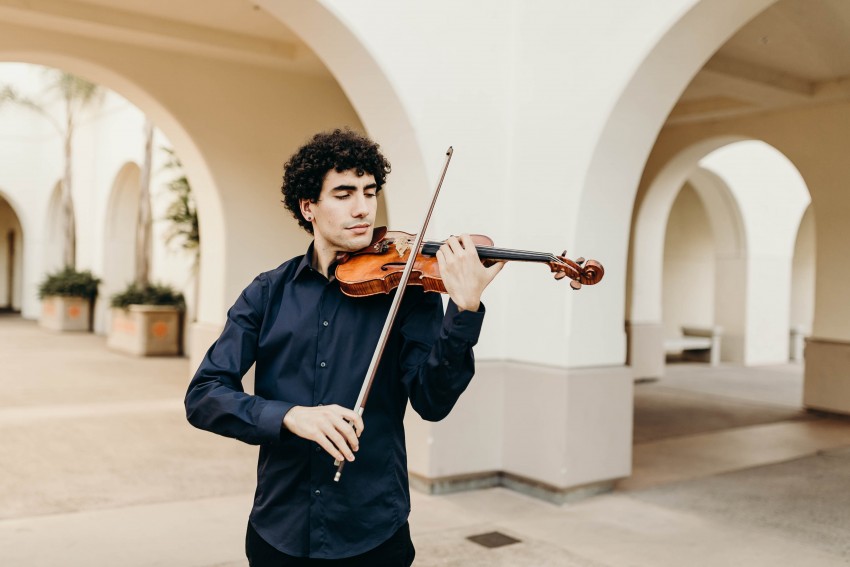 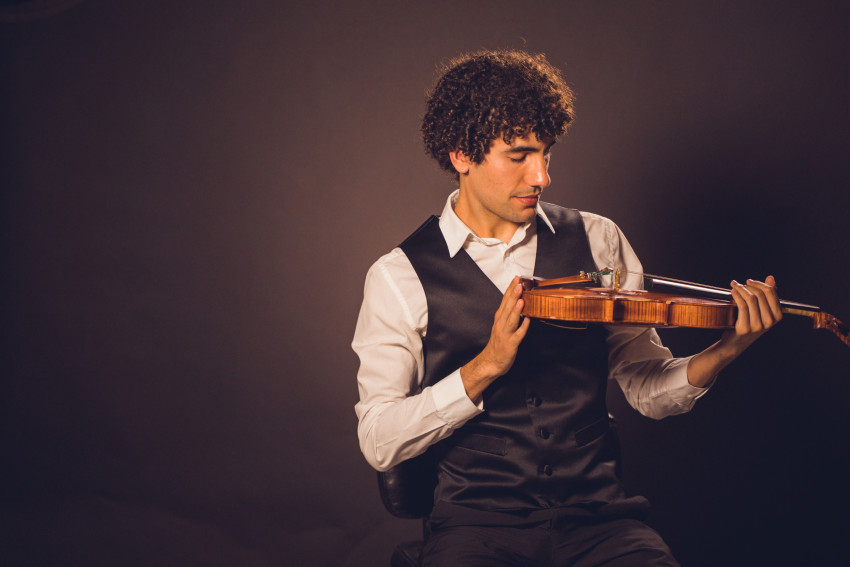 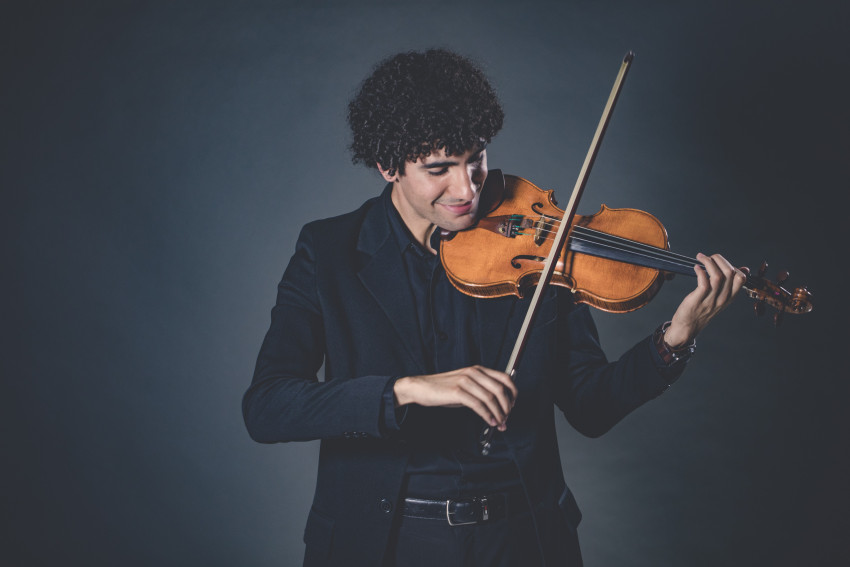 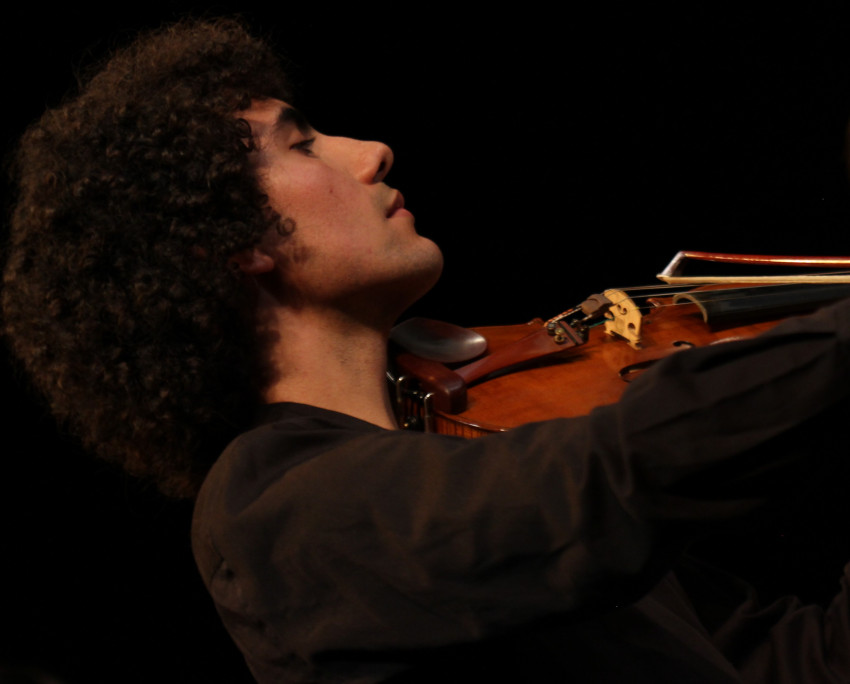 Ayrton Pisco is an award-winning violinist. Classically trained, he also performs in genres such as jazz, rock, tango, pop, mariachi, bluegrass, gypsy and others. In addition to solo violin, he is also available for bookings as a violin duo, violin/guitar duo and string quartet.

Pisco is a first-prize winner of the La Jolla Symphony & Chorus' Young Artists Competition, the Grossmont Music Scholarship Council Competition, the Giavanna Kersulis Memorial Endowment Scholarship Auditions and the San Diego State University Concerto Competition, and has been awarded in numerous other competitions in the U.S. and abroad. He is currently pursuing a Master of Music degree at Yale University.

Thank you so much for the amazing sounds you created. I would highly recommend Ayrton to anyone trying to create a special moment with beautiful music. You are awesome Ayrton, thank you for making my engagement the night to remember.

Born into a family of musicians in Brasilia, Brazil, Ayrton Pisco began playing the violin at the age of three under the guidance of his parents. Mr. Pisco performed extensively as a soloist with orchestras of the Brasilia School of Music, featuring works by Paganini, Sarasate and Bartok, among others. At the age of eighteen, he made his professional solo debut with the Brasilia National Orchestra. In the following year, as the youngest contestant in the auditions for the same orchestra, he finished in first place for the violin section.

Mr. Pisco is a first prize winner of the La Jolla Symphony & Chorus’ Young Artists Competition, the Grossmont Music Scholarship Council Competition, the Giavanna Kersulis Memorial Endowment Scholarship Auditions and the San Diego State University Concerto Competition. He has also been awarded in numerous other competitions both in the United States and in Brazil, such as the University of Southern California’s Solo Bach Competition, the Musical Merit Foundation Scholarship Auditions, the Música no Museu Young Musicians Competition, the Francisco Mignone Strings Competition and the Paulo Bosísio Strings Competition. Past festivals attended include the New York String Orchestra Seminar, the Sarasota Music Festival, The Orchestra of the Americas, the Festival Junger Künstler Bayreuth in Germany and the Le Festival International du Domaine Forget in Canada. Additionally, he has performed in masterclasses for renowned artists such as Midori Goto, Gil Shaham, Miriam Fried, Shmuel Ashkenasi and Ilya Gringolts, among others.

Mr. Pisco is currently pursuing a Master of Music degree at Yale University with Ani Kavafian. Previously, he concluded a Graduate Certificate with Margaret Batjer at the University of Southern California as part of the inaugural class of the Los Angeles Orchestra Fellowship, a comprehensive orchestral fellowship program for top-tier string musicians from underrepresented communities. He obtained his Bachelor of Music in Violin Performance at San Diego State University (SDSU) – supported by the Fisch/Axelrod Student Artist Award Scholarship and the Christine Springston Scholarship – with Pei-Chun Tsai. During his studies at SDSU he acted as concertmaster of the Symphony, Chamber and Opera Orchestras, and performed as a soloist numerous times, featuring works by Sibelius, Barber and Mozart, among others.

In addition to classical, Mr. Pisco also performs in genres such as jazz, tango, bossa nova and others. He has collaborated with groups such as Trio Gadjo and Besos de Coco and participated in shows in spaces such as House of Blues San Diego, Broomfield Auditorium in Colorado and Clube da Bossa Nova in Brasilia, Brazil.