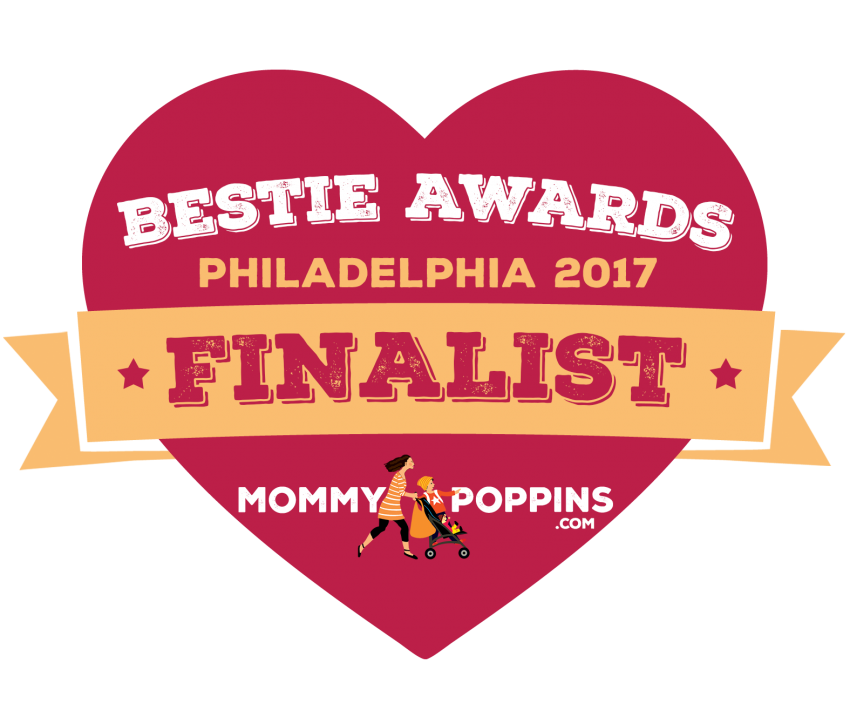 Anna Banana is a finalist for BEST BIRTHDAY PARTY ENTERTAINMENT for 2017! 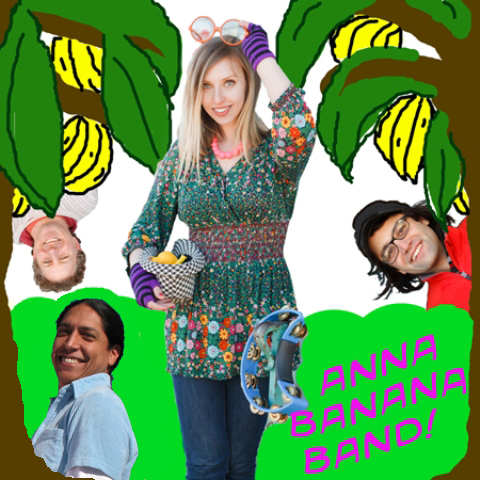 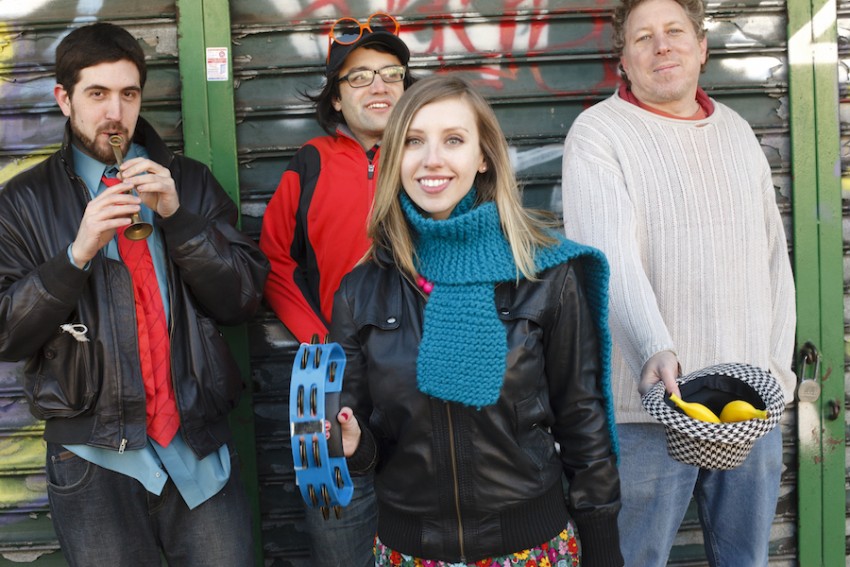 Anna Banana and her band in NYC

Anna Banana and her band getting the crowd moving at Bryant Park NYC Family Day in 2012! 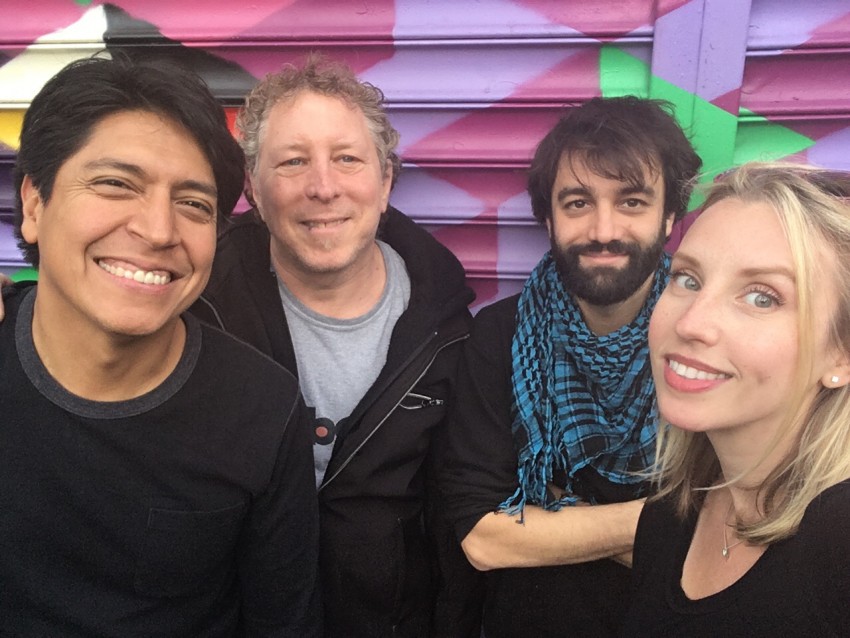 Anna Banana's band is cited in MommyPoppins as One of the Top 5 Big Apple Bands for Kids and Families, a BEST BIRTHDAY PARTY FINALIST 2017, and a TimeOutNYKids Critics' Pick! For baby's 1st birthday up to 5 yrs. Celebrate your child's special day with a musical experience! With years of performing children's music in New York, from the stage to living room birthday parties, Anna Banana leads an interactive music & movement party highlighting the birthday child. Anna gets your guests singing and dancing along to a mix of popular children's tunes, group movement activities, the use of various props and a wild jam session! Fun for children and adults alike. Book your next party with Anna today!

Anna Banana was incredible! Warm, fun and extremely outgoing; the kids had a blast at our daughter's 1st birthday party! She is amazing and would highly recommend!

We had Anna Banana come to our home for our 2 yo son's bday party. Mostly 5 yo girls were at the party (his big sister's friends). She kept the little kids and the bigger kids entertained the entire time, and she paid extra attention to my daughter, which was great because she tends to get jealous. It was lots of fun, the kids and adults all had a great time.
I would definitely recommend Anna for a children's party!

Anna had the attention of all the kids (age 4 months to 8 years) right from the go. She played our kid's favorite songs and brought shakers, drums, scarves, music sticks and a parachute. Anna was energetic and engaging both kids and parents had fun.

We hired Anna to provide entertainment for our daughter's 2nd birthday party. And without a doubt it was the best decision we ever made! Anna's birthday music class was amazing. The children had so much fun and were completely engaged for the entire 45 minutes. And I'm pretty sure all of the adults in attendance had just as much fun as the kids! Anna was so easy and pleasant to work with. Getting the logistics of the event ironed out ahead of time was a breeze.

Anna, we can't thank you enough for all you did to make our daughter's party so special. You took the time to learn the names of all of the children at the party, and you personalized the class with some of our daughter's favorite songs. Allowing us to come meet you ahead of time and attend one of your classes was icing on the cake. We look forward to working with you again soon!

Anna did a phenomenal job performing at my daughter's first birthday party. Although the children ranged in age, all had a fantastic time; one child even said that it was the best party he has ever been to! Anna's performance was not only entertaining, but also educational. Anna brings many props and musical instruments along with her, so the kids have a multisensory experience. Her enthusiasm and bubbly personality engaged not only the kids, but also the adults. Anna took great care to personalize the performance and played my daughter's favorite songs. She also made sure to incorporate all of the kids and made them feel special by using their names in her songs. Her professionalism and enthusiasm toward what she does are unrivaled. If I could give more than 5 stars, I would.

*For baby's 1st birthday and young children up to around 4yrs~
Celebrate Your Child's Special Day With A Birthday Music Class Party!
With years of performing children's music in New York, from the stage to living room birthday parties, Anna Banana leads a solo 40 minute interactive and intimate music and movement party, highlighting the birthday child on their special day! Similar to her music classes, guests sit in a circle while Anna gets the children AND adults singing and moving along to a mix of popular children's songs, oldies, chants, group movement activities, the use of various props and a wild jam session with musical instruments for all the children to play along with!
Anna performs an acoustic set with live guitar and vocals for her birthday parties, (amplified guitar and vocal performances are also available upon request).

Anna Banana got her start in children's music playing bass for David Winestone's official Music for Aardvarks touring band in New York City. In 2010, Anna Banana wrote and produced a children’s album and founded her musical group the Anna Banana Band which was cited in Mommy Poppins as "One of the Top 5 Big Apple Bands for Kids and Families"! Her band has played libraries, schools, birthday parties and music festivals in New York City and all around the country including the Ann Arbor Summer Music Festival in 2012 (featuring Al Green and Bonnie Raitt). Anna Banana's album is included in the collections of libraries across the nation as well as on Amazon, iTunes, Spotify, Pandora, and her music has been featured on radio, listed in the New York Times, and featured TimeOut NewYork Kids as a "Critic's Pick". Anna Banana is a featured artist of Daisy Rock Guitars. Anna Banana is happy to share music with the families of Philly, NYC and surrounding areas!

Anna Banana offers several types of sound options to meet your needs. Depending on the size of the room/venue, type of event, and number of guests, Anna can perform either an acoustic set OR she can bring a small vocal/guitar amp to amplify just a little bit OR she even can arrange to bring a full PA system with speakers. Contact us to discuss the best sound option for you! 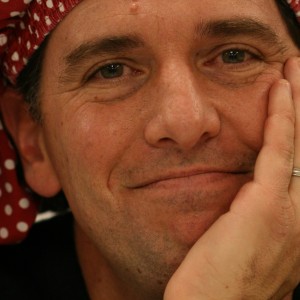 Jen K. C. said “Joe was great. He had a great sense of how to get the kids involved and how to get the grownups being silly. His music was perfect for a party - great…” 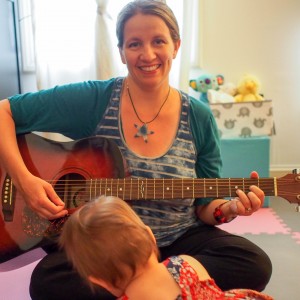 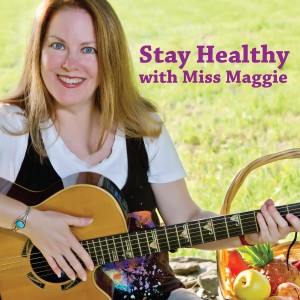 Ashley S. said “Our kids loved singing and dancing with Miss Maggie! They were even more excited about the CD she left behind for us (:”

Melissa P. said “My son and his friends all had a blast with Frank at his 3rd Birthday Party! Frank was funny and engaging for children and adults. Great time was had…”