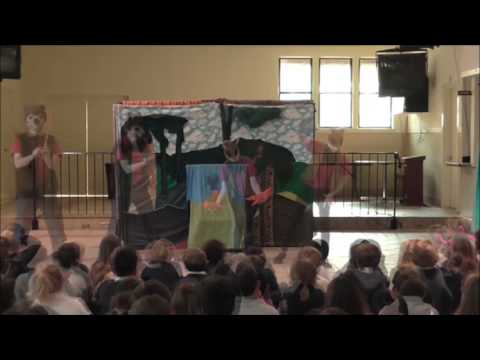 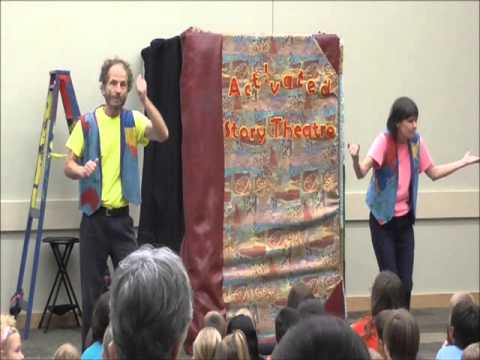 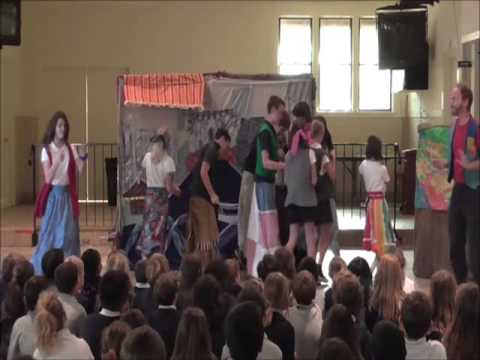 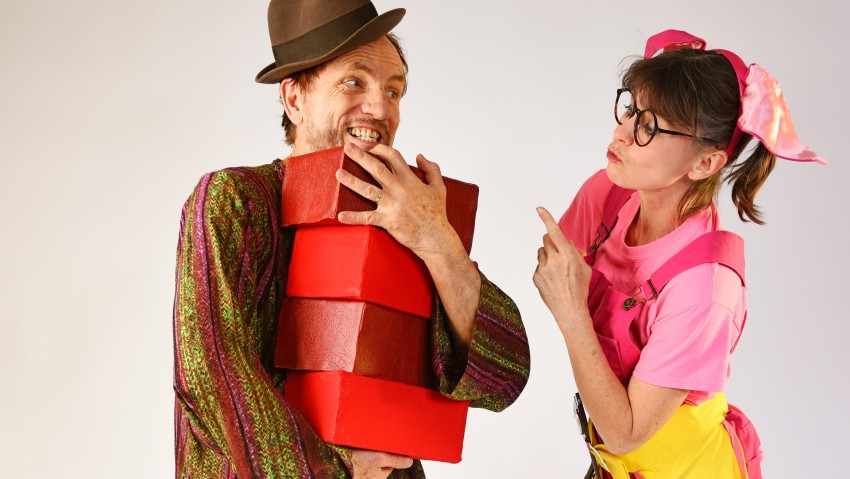 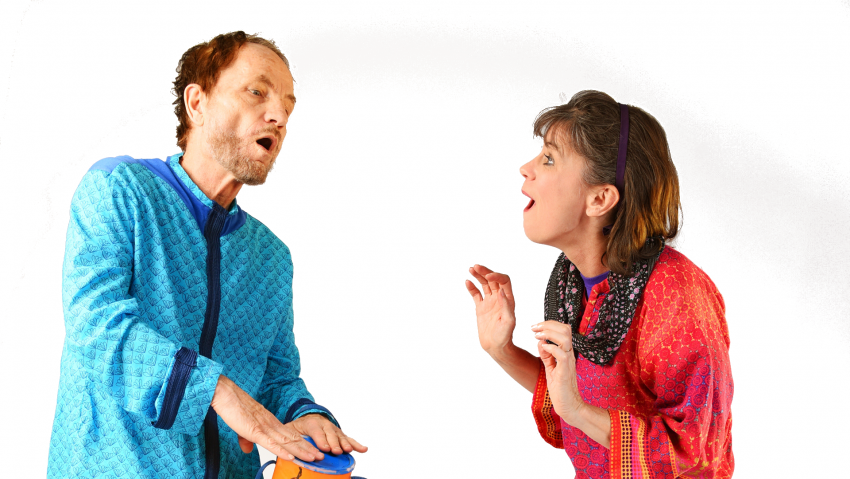 Since 1988, Act!vated Story Theatre has been bringing dynamic theatre to schools and libraries nationwide. We don't just tell stories, we act!vate them with physical comedy, American Sign Language, music, witty scripts and a giant over-sized book. Every 45 minute show includes two folktales and a grown woman squeezing through a tennis racket.

Be the first to review Act!vated Story Theatre

Price Range: $485 for one show; discounts for multiple shows

Non-stop action, a grown woman squeezing through a tennis racket, audience participation, music, American Sign Language, quick costume changes and witty comedy that will tickle the funny bone. Entertaining for the stroller set to grandparents and all ages in between. Presented before what is rumored to be the world's largest picture book.

Non-Profit
L'Eau Theque ("low tech") Productions, a non-profit corporation 501(c)(3) was formed in 1988, to serve and educate the general public by means of theatrical presentations.

Mission Statement
The objectives of L'Eau Theque Productions and Act!vated Story Theatre are

to provide audiences of all ages with theatrical entertainment that educates and encourages independent thought
to preserve the folklore and literature of many cultures and historical eras, and to demonstrate that folklore is a living, evolving entity
to provide children an opportunity to express themselves through writing and theatrical performance
to help educators learn productive ways to foster creativity and self-esteem among students
to stress the common heritage of diverse cultures, including ethnic minorities and the Deaf/Hard of Hearing

History
In the past, L'Eau Theque Productions has produced several nationally touring productions for children and their families including a production of "A Christmas Carol" which toured to main stage performance halls and featured a cast of seven professional actors. We also have mounted shows for adult audiences. As the name L'Eau Theque (low tech) implies, the philosophy is to keep technical requirements simple. We use common household objects in unusual, imaginative ways. The goal is to inspire and encourage audiences to read, and explore the performing arts.

Act!vated Story Theatre denotes The Goza Family, the heart and soul of L'Eau Theque Productions. They wear a lot of hats to produce and perform the show.

- Coyote and the Eagle (Zuni): this comic Native American fable relates how the moon came to be, thanks to a quarrelsome pair of animals who must learn teamwork in order to rescue the stolen sun. Features student volunteers, cast on the spot, as kachinas.

- Hina Moves to the Moon (Polynesian): a Hawaiian origin myth about a phenomenal seamstress who takes her skill to the moon to escape her unhappy life on earth. Begins with a ukulele and hula with spinning poi balls intro to launch the story.

- The Egyptian Cinderella (Egyptian): the most universal story of them all, Cinderella appears in some form in almost every country and culture in the world. This version from Egypt is apparently the oldest, and may be inspired by true events. A prince who is destined to become Pharaoh must marry a suitable queen to save the kingdom from his daffy uncle. With the help of a falcon who is a messenger from the sun god Horus and his wise advisor he meets his unassuming bride.

- The Tortoise and the Hare (Greek): a rather vaudevillian take on Aesop's classic fable, our narrative has the hammy hare wanting to be the star of the show, but he is upstaged by the patient and persistent tortoise.

Parts for Kids in every show:
30 minute pre-show workshop/rehearsal included. Some of the stories include roles for up to 12 kids to play. The guest stars attend a pre-show rehearsal 1/2 hour before show time. Students will have an opportunity to learn their roles, including some with speaking parts. All will learn acting techniques, don costumes and get a chance to be on stage.

- Red Riding Hood (France): Red Riding Hood is on her way to her grandmother's house, but she has to go through the woods to get there. And the Big Bad Wolf is lying in wait – and just lying – so he can make a meal of both Red and her granny. But fortunately, a woodsman comes to the rescue. We present one of the less gruesome versions of the story, in which nobody gets devoured.

- The Bridge and the Dream (Turkey/Egypt): Featured in The Arabian Nights, this is a story of Turkish and Arabic origin about a man who has a dream about finding a fortune, and goes to great lengths to find it, only to discover that it actually would have been much easier than he thought. Variations on this theme have cropped up all over the world, including in the Japanese story The Bee and the Dream.

- The Bee and the Dream (Japan): This comic story is similar in theme to The Bridge and the Dream, yet is a very different story. We present it in stylized movements inspired by traditional Japanese forms of theatre, performed to music.

The Egyptian Cinderella (Egypt): Every country and culture has a version of the Cinderella story, but the Egyptian version is the oldest, and it may have been inspired by true events. It's about a slave girl named Rhodopis, who is given a pair of beautiful new shoes because she is a good dancer. Meanwhile, the prince is looking for someone to be his queen when he becomes pharaoh. And the rest is the stuff of legend. (held over from 2019-20)

The production is entirely self contained. Nothing else needs to be provided by the venue. Set-up time is one hour. Tear down time is also one hour.